A quick update on the SparkFun aquaponics system

With the Spring Equinox less than three weeks away, and with the unseasonably warm weather we've been experiencing in Colorado, many people are starting to think about the growing season. Then again, some of us have been growing all winter!

In my last aquaponics-themed Enginursday post, I had mentioned that I was moving my 55 gallon system to SparkFun. It was relocated and setup shortly after that post went live, and it has been growing ever since. 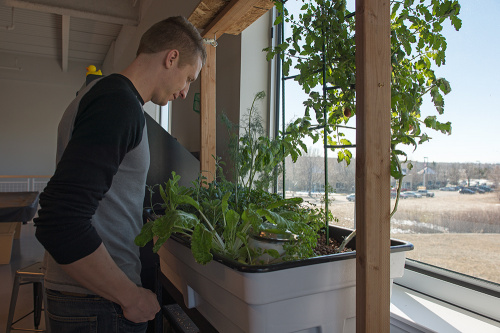 The system is a flood and drain system in which the water is pumped from the fish tank into the grow bed, cycles through via an overflow pipe, and then drains back out into the fish tank once the pump turns off. A timer on the pump regulates this cycle, triggering once an hour. 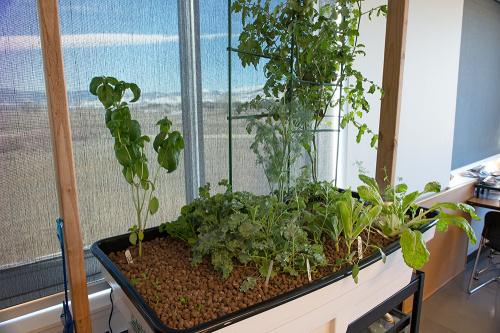 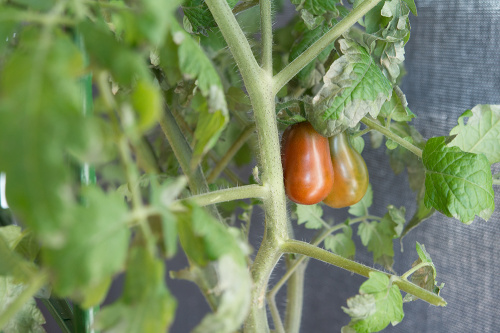 Down below in the fish tank are five Tilapia fry. These are the offspring of the Tilpia that were harvested in my previous aquaponics post. Hopefully generation two will produce some more young before it's time to harvest them. 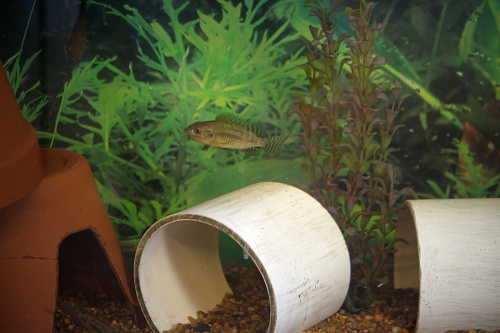 The system lives in our break room at SparkFun headquarters in Niwot, CO. In exchange for having the system on-site, employees are free to grab some herbs to sprinkle on their lunch or pick that tomato that's been calling their name. If you come to visit and take a tour, be sure to stop on in and see what's growing! 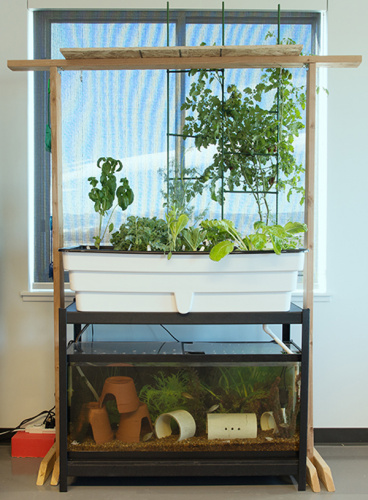 Enginursday: Lightning Detector for the Trail