The Production Artists Really are Artists

The production team puts their "skillz" to the test to make some creative e-waste art!

The production people we have are good at their jobs. Ok, really good at their jobs. I am continually impressed by their ability to produce so many widgets every day. But like anyone else, soldering parts for 8+ hours a day can lead to a few mistakes.

Rather than just toss all the scrap boards/ICs/sensors into a recycling bin, the production artists put on their creative caps and come up with some really cool stuff we like to call "Solder Sculptures." These pieces range from toy soldiers to ornate dragons. Check out the photos below to see some of their best work! 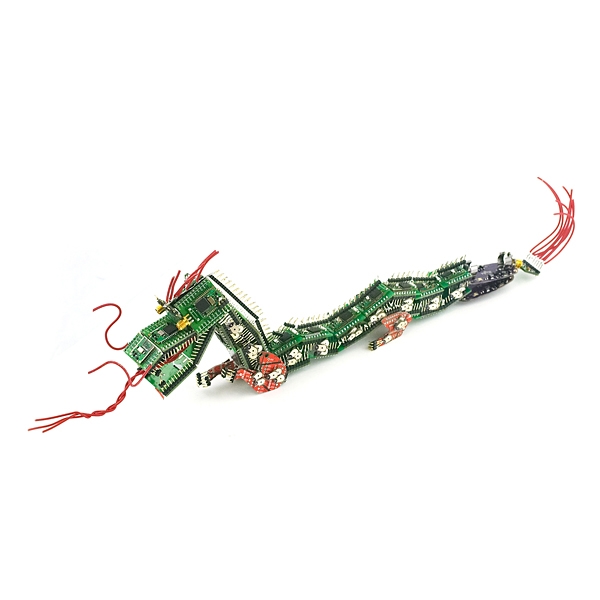 This fiery little guy (ha!) is the work of production guru/sculptor extraordinaire Gerry. This picture doesn't quite do him justice as he is probably over a foot long. Pretty amazing work! 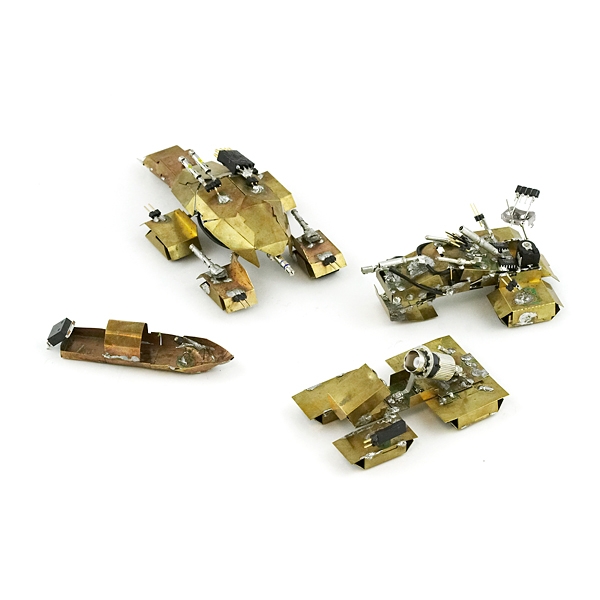 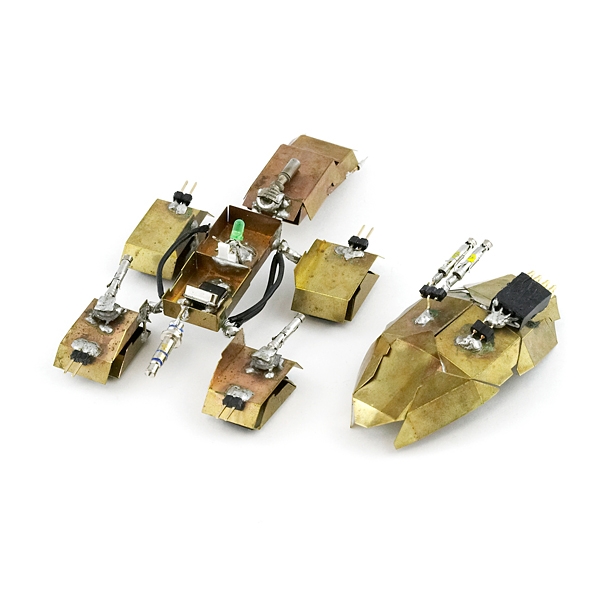 These battle cruisers, ships, and tanks are the handiwork of production artists Tyler and Joel. Complete with metal armor and heavy artillery, these guys are ready to take over Boulder! 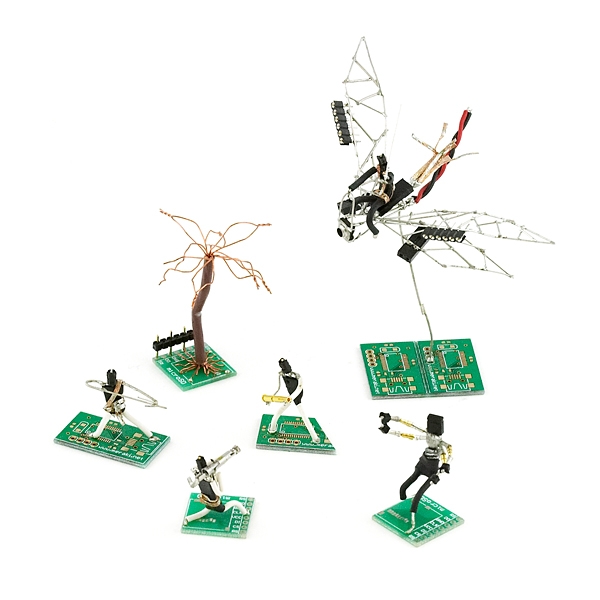 Here we have a series of characters created by Tyler and Joel (again). Vaguely reminiscent of the little green army men so many of us played with as kids, these are some pretty nifty little action figures. 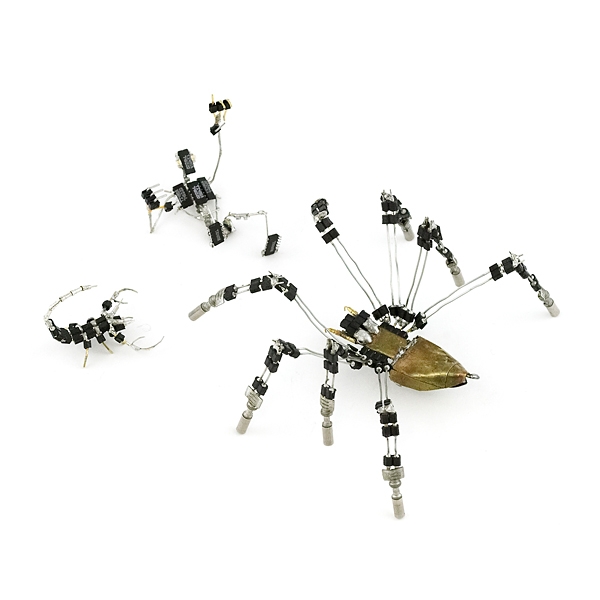 Last, but not least, the Tyler/Joel dynamic duo is back at it again with this family of mechanical bugs. Besides looking like something from Wild, Wild West (one of Will Smith's finest pieces of cinema), these guys are as cool and creative as they are scary!
View Comments (16)
Share
Use this URL to share:

Arduino Projects from the Community