My experiences exploring wearables for dancers performing a choreographed piece.

It was the summer of 2005 just before my freshman year at the University of Colorado in Boulder. I was attending a pre-collegiate engineering program when we had this so-called "mandatory fun night." I was skeptical at first, but I actually had fun. That was when I discovered bboying. 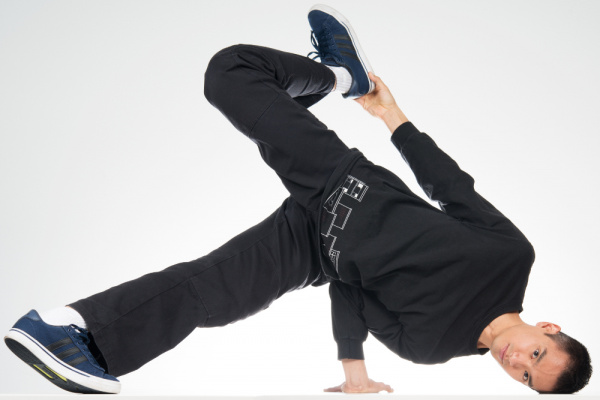 Since then I have continued to dance and pass on the knowledge by teaching at local studios in Boulder. One of the studios that I teach at usually has three performances a year with a small budget for costumes. With the funds, I decided to apply my skills to merge technology with the arts. One of my inspirations came from watching one of Wrecking Crew / EL Squad's videos. Plans were drawn out in my head at the old SparkFun building. Let's take a look at the first two designs that I built.

In 2014, I went forward with one of the plans. The plan was elaborate, but I realized that I lacked the experience or time to execute. With the deadline approaching for the performance, I decided to go a more simple route using EL strips, EL panels, EL inverter and a 9V battery. Here's a picture of the first version. 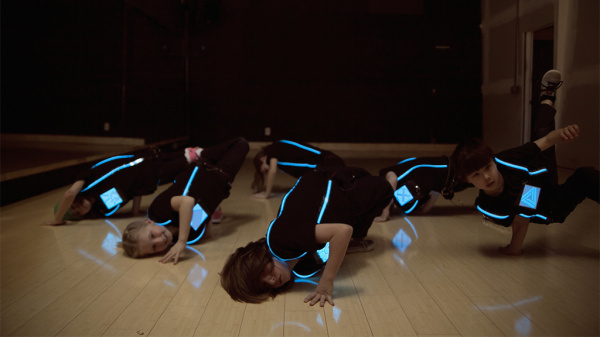 The performance was fun, and my students thought it was cool. However, I was not satisfied with the design. I had to frequently repair the wires attached to the EL terminals. It did not help that the EL inverter and battery kept falling out of their pockets while they were dancing. It was also slow to connect the parts together.

In 2015, I decided to move to using RGB LEDs and making harnesses to hold the electronics together. Here's a picture of the second version using non-addressable LED strips and a 9V battery. 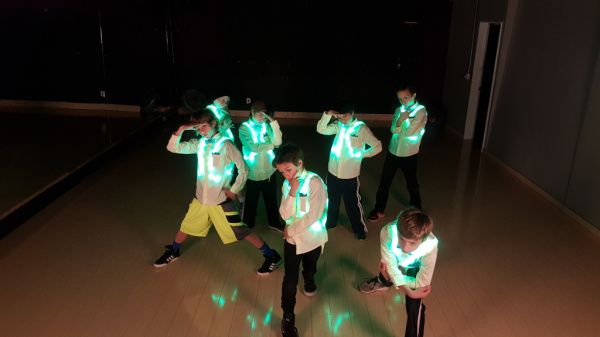 The second design performed better and had a different effect on stage. I was satisfied with the design being durable, secure and quick to connect. The show was another hit, and my students had a lot of fun testing it out.

The first design was OK, but I felt it was not worthy of a tutorial. The design just was not satisfactory in my opinion. However, check out the tutorial below for more detailed information about the second design using the LED harness.

Have you built a wearable project designed around dancing? Let us know your thoughts below in the comments. Until next time!