Checkout this new Bubble Logger tutorial using a data logger to capture the rate at which CO2 is given off:

I've been making wine with my family ever since I can remember. It's a fairly straight forward process that is nearly impossible to master. The wine my family made always started a grape varietal (such as Merlot or Sangiovese). We would crush the grapes and throw the slurry into primary fermentors where we would add a specially cultured wine yeast. After a few days of this harsh smelling fermentation, we would then press the grapes and put the liquid into glass carboys where you would then add chemicals, sugar, and put the liquid under a water lock to keep natural-air yeasts from infecting the brew and turning it to vinegar. This goes on and on for months, until you might end up with something that tastes pretty good.

Now let's say you're a poor college student. How to brew cheap wine? You can combine grapes (or cheap Welch's grape juice), some water, and some yeast (I even sunk so low at one point where I used bread yeast) and you will undoubtedly end up with something that resembles wine. It won't taste good! But it should get you snake-eyed. Either approach uses a very straight forward biological process of yeast, eating sugar, and giving off CO2 and alcohol. Wouldn't it be fun to see how this biological process acts over time?

I decided to return to my roots and whip up a batch of world (in)famous homemade wine. And while I was at it, why not log the bubbles that are given off during fermentation? 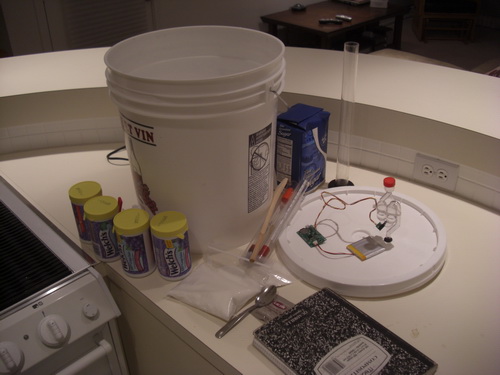 We'd also like to point out a weaving workshop for locals: 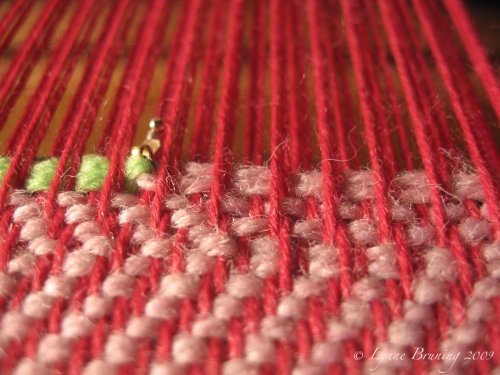 Lynne Bruning will be teaching a course on 'Weaving Conductive Cloth' on May 15th at a local weaving shop (Shuttles Spindles and Skeins). If you ever needed information about working with weaving and working with conductive thread, Lynne is the person to talk to! You can find out more information on her blog.
View Comments (10)
Share
Use this URL to share:

New stuff, with a pile of new stuff on top.