I can’t believe April is almost over, especially since that means that it’s time to hustle on planning this year’s AVC, but what I really can’t believe is that this year marks the 10th anniversary of SparkFun’s Autonomous Vehicle Competition! 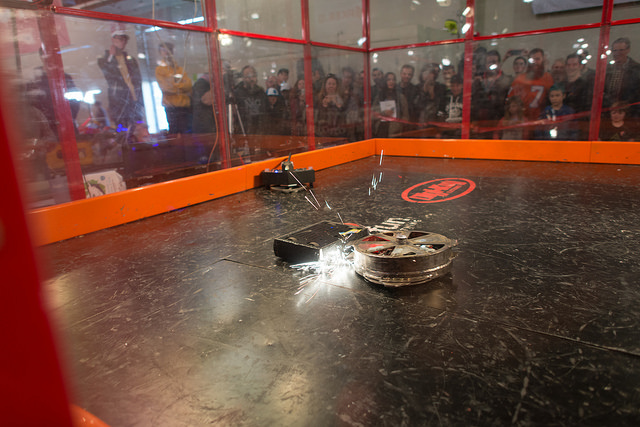 Things that have happened in the ten years since AVC began:

Given this milestone, it seems only fitting that to celebrate ten years of friendly, self-driving, car-themed camaraderie, we bring the event back to the home county where it all began.

In ten years we’ve grown to add more competitions – lookin’ at you, you adorable little fighting robot; and YOU, you terrifying, 30-pound, man-eating monster – and now we have too many competitors to host at SparkFun HQ. In order to accommodate both the size and awesomeness of SparkFun AVC 2018, I have the honor of announcing that this year’s event will be held at the Boulder County Fairgrounds in Longmont, CO, a mere ten minutes from the SparkFun lair.

In case you're worried that you'll have to share space with goats, I assure you that if all goes according to plan...yes, there will be goats. And horses (hopefully the wind blows in a favorable direction). We are already casually discussing goat yoga. 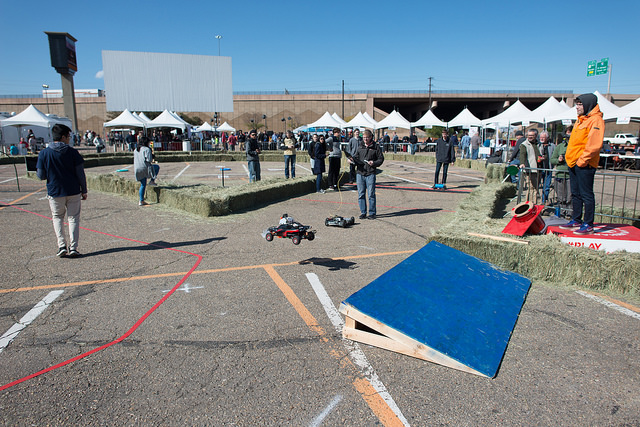 To answer everyone’s most pressing questions:

In all seriousness, we are so excited to create a spectacular experience for this year’s competitors and build on last year’s record-breaking success of over 180 participating teams from all over the country. We have a lot of plans in the works for this year’s event, so stay tuned!