A deeper look at a low-cost acoustic sensor project

Conservation technology - software and devices used by professional conservation scientists to monitor animals and their environment - is going through a rapid change. Individuals with exposure to online maker communities are increasingly using open-source software and hardware to develop their own bespoke monitoring devices. These are typically much lower cost than commercial alternatives, and most significantly, can be modified and adapted to their specific deployment setting.

For example, Open Acoustic Devices - a research project at the universities of Oxford and Southampton - have been developing a low-cost acoustic sensor called AudioMoth. In contrast to commercial devices, AudioMoth uses a low-cost sensitive MEMS microphone mounted directly on the printed circuit board to provide a single-board solution that requires minimal packaging prior to deployment. A low-power, 32-bit microcontroller provides sufficient computational resources to run acoustic detection algorithms to trigger recordings, and yet allows long-term deployments with just three AA batteries. These devices have been used in a number of deployments to record insects, bats and birds, and to detect gunshots from illegal hunting in tropical forests in Belize. 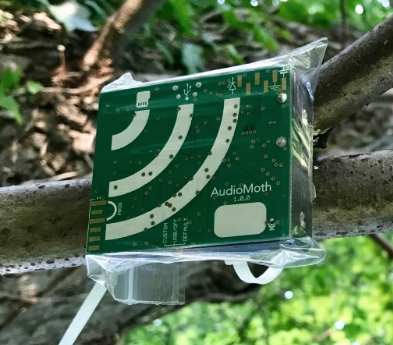 However, sharing projects such as these with a wider user community continues to be a challenge. The users who might most benefit - typically professional conservation biologists - often lack the coding and electronics knowledge to adapt designs to their own use. As such, the Arribada Initiative is exploring how to best support conservation groups who wish to make use of open-source technology such as AudioMoth.

The first challenge is how to manufacture and physically distribute devices to a large user community spread all around the world. To do so, the Arribada Initiative have been running a series of group purchase campaigns through GroupGets: taking orders for devices until a sufficiently large batch size has been achieved, and then manufacturing and assembling devices to order from CircuitHub (who host the open-source design of AudioMoth). This provides economies of scale that are impossible for individuals to achieve, and also builds a community of users who are keen to help and support each other's use of new devices. 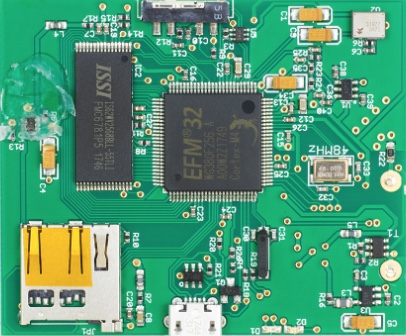 Adding a small margin to the manufacturing costs also generates proceeds that can be put back into development activities to refine existing hardware, and to help build a community of users by providing funding to technologists for small projects to develop new firmware and hardware for specific deployments. Plans are already developing for AudioMoth 2, which will incorporate the lessons learned from building and distributing over 2000 AudioMoth devices over the last six months.

About the authors: Alex Rogers is a professor of Computer Science at the University of Oxford, and leads the Open Acoustic Devices team.

Andy Hill and Peter Prince are completing their PhDs at the University of Southampton developing the hardware design of AudioMoth and the detection algorithms that run on it.

Alasdair Davies is Shuttleworth Foundation Fellow and a Conservation Technology Specialist at the Zoological Society of London and leads the Arribada Initiative.