Looking to get your kids into programming? Look no further!

Ever heard of Minecraft? It is ALL the rage with the youth of today. My boys discovered the game while playing with a Raspberry Pi about three years ago and they were hooked. Who would've thought with all the advances in graphics displays, it would be the 8-bit-ish block building game that would capture my children's imagination so completely?

Knowing our love of the game, the talented and lovely Angela Sheehan gave me a book titled Learn to Program with Minecraft. I gave it to my boys, fully expecting to see it sitting dusty on a shelf. I was SO wrong.

They read it in the bathroom. They read it LONG after their "lights out" bedtime. A month or so ago, they woke me up at 5 a.m. hurling Python commands at each other. I hadn't paid much attention until the 5 a.m. wakeup call, but this gave me pause: my nine-year-old children are coding. Even better, they taught themselves and they're having a blast doing it. Wanna get your kiddos into programming? This is the way to do it. 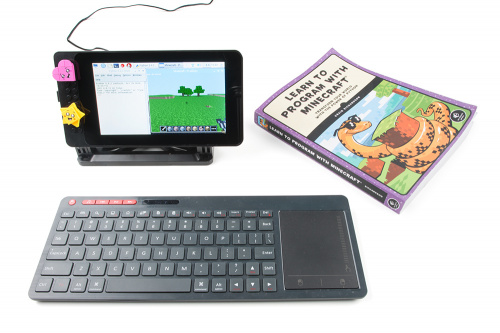 My current setup includes the TouchScreen, SmartPi Touch Case, and the Wireless Keyboard. Look how fancy!

The "Learn to Program with Minecraft" book also has step-by-step instructions for getting your Windows/Mac/Raspberry Pi set up. The first couple chapters of this book get you up to speed and coding almost right away. One of the first things you do in this game is create a house, especially if you're playing in Survival Mode (the Pi version is Creative Mode) - because once night falls in Minecraft, the creepers come out and they can GET you. Chapter one gets you set up to play, and chapter two teaches you syntax, variables, and helps you create a quick structure with a script. Check it out... 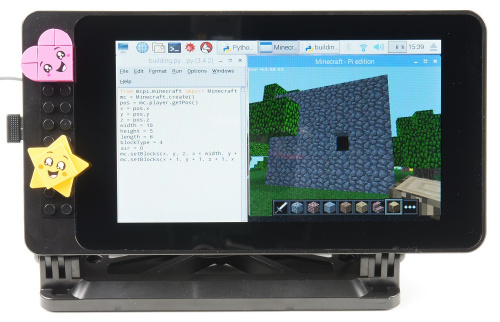 It doesn't look like much, but it is the basis for a whole world of opportunity. Go a little further with that basic script and you've got a CASTLE. With moats! And turrets! Check out Matt Hawkins' post here that provides a script to build yourself a castle. 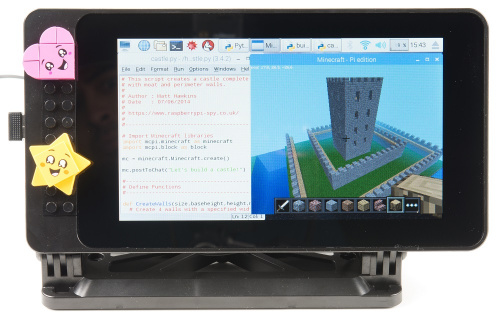 Here's a bit of the Python code that built this castle. It looks intense, but most of this type of thing is covered in the book. Also - LOTS of comments. So great. 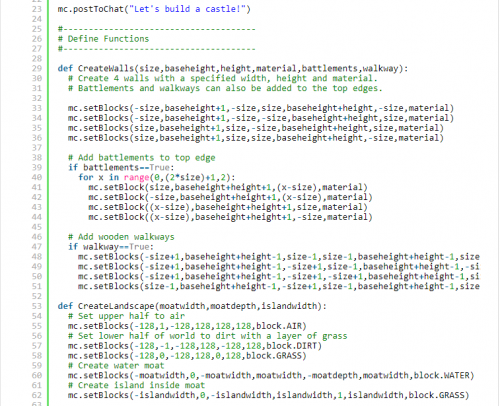 I love the reference material, as well as the way coding is explained - straightforward, colorful and fun. Aside from a few "how do you say this" and "what does this mean" questions, the kids were able to follow along no problem. 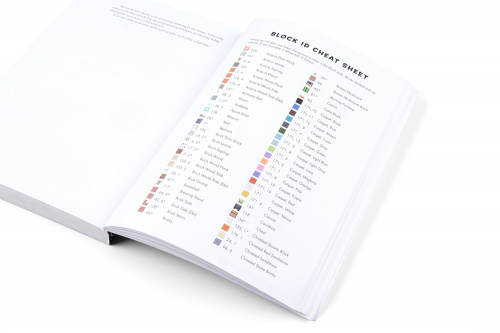 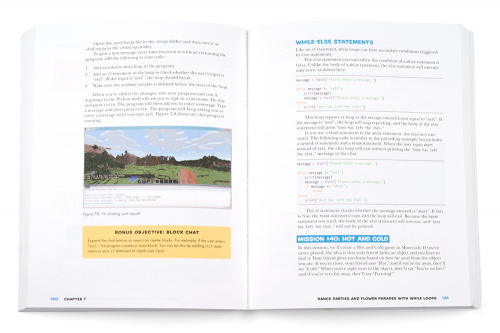 This is just the tip of the iceberg. As my kiddos like to tell me, what you can build in Minecraft is really only limited by your imagination and the amount of time your parents allow you to play. I like that they are being creative AND learning to code at the same time. Win-win.

Do you have a Pi? How do you get your littles coding? Let us know!

If you can't take the heat, get out of the kitchen. Or... download the new bootloader.

The NVIDIA Jetson Nano and its Ecosystem