Learn how to make your own robot that stands above the rest!

SparkFun's Autonomous Vehicle Competition ran for 10 years, and during that time we had many brilliant competitors and machines grace the track and the fight cage. One of the robots competing literally stood above the rest. Bob Bundy was one of our frequent participants in Classic AVC, known for running a pair of inverse pendulum bots dubbed TwoPotatoe and ThreePotatoe. 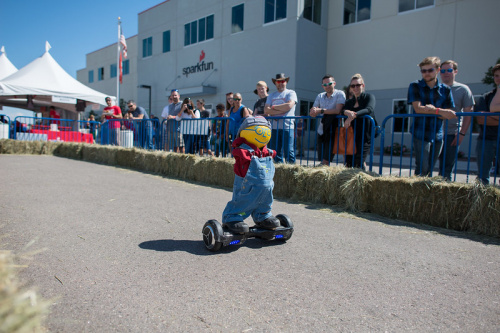 Bob started working with electronics and robotics in 2013 with his B2 Clock, when he attached a photocell and Arduino to measure the period of the pendulum to an accuracy of a few microseconds. This simple accuracy modification began to inspire the creation of the Potatoe robotics family. Bob competed in AVC 2015, 2016 and 2017, but even after the competition ended, he continued to innovate on the original robot design. That brings us to the most recent addition to the line of self-balancing robots: SixPotatoe!

SixPotatoe is controlled by a standard Arduino processor and uses off-the-shelf components, and Bob maintains that anyone with basic mechanical, electronic, and software skills should be able to build a robot that performs as well as the SixPotatoe. 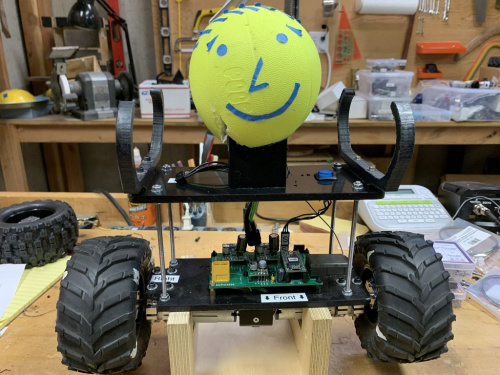 You can now build a SixPotatoe yourself, because Bob has published a guide to make your own on Instructables! In this guide, you will find links to places where you can purchase all your own parts, a list of required tools needed to build your own robot, as well as motor options and a full list of instructions and Arduino code.

It was always a pleasure to see Bob at AVC competitions, and his robots were always a crowd and staff favorite. We're happy to share his work so everyone can build their own inverse pendulum bot.

Getting Started with Bare Conductive