No, we're not talking about hiding in bushes with long zoom lenses waiting to see what Tom Cruise is wearing today...

Like many people on Earth, I love stargazing and imagining all the possibilities that lie in the vast expanses of the universe. As a gearhead, tech nerd and maker I have taken that fascination and tried to express it through astrophotography. Until recently, I've been able to get increasingly clear, bright, and awe-inspiring shots just by improving my technique using tools I already have. Now, however, I have encountered a new foe: physics.

There's a lot of physics going on when you look at the stars. Fusion is releasing huge amounts of EM radiation from distant clumps of gas. Those waves travel through the vacuum of space, are bent by gravity, dispersed by vast clouds of gas and illuminate countless worlds. Our planet rotates on an axis while orbiting the Sun, which is caught in a milky whirl pool that floats lazily amongst trillions more. It's all quite messy, really!

Most of that stuff doesn't matter for astrophotography because exposures are typically short - from a few minutes to a few hours. The translation of the Earth over that period does not change the appearance of the sky, but one thing - the Earth's rotation - has a huge effect. 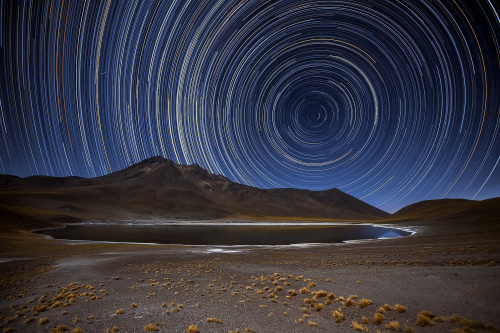 All In A Spin Star WikiMedia Commons

A lot of photons are needed in order to capture an image of a faint object in the sky. That means a lot of time spent photon-hunting (or gathering, whichever you prefer). And with the Earth spinning right round at 360 degrees per day, it won't be long until your star is smeared right across the image. This became my limiting factor, so I decided to build a solution.

Star trackers are devices used to counteract the rotation of the Earth so long-period observations of the sky can be performed. The concept is simple: make a platform that rotates against the Earth at the same rate. Designs for star trackers range from Ford Pinto to Rolls Royce, and there are plenty of resources online about how to make your own. My design is of the "barn door" type, and is inspired by these projects: Makezine: 6 DIY Star Trackers for Perfect Night Sky Photos

In my build I add positional feedback so that the tracker can correct its motion over time - allowing (in theory) for increased precision.

Usually my projects don't have a complicated mechanical aspect, but this one sure did. It was a good opportunity to try out some of the new robotics-focused parts that SparkFun offers like gears, axles, hubs, bearings, motors and encoders.

Here are the SparkFun parts that I used:

To make it even easier to get started, we've assembled this Qwiic Cable Kit with a variety of Qwiic cables from 50mm to 500mm…

The SparkFun bi-directional logic level converter is a small device that safely steps down 5V signals to 3.3V AND steps up 3.…

The RedBoard Artemis Nano is a miniature extremely versatile implementation of the Artemis module.

This 1024 pulse per rotation rotary encoder outputs [gray code](http://en.wikipedia.org/wiki/Gray_code) which you can interpr…

These hub-mountable aluminum gears are ideal for transmitting motion from a motor or servo to a wheel or shaft. These gears h…

These pinion gears attach to a ¼” D-shaft or gear motor using a setscrew. They have 16 teeth with a gear pitch of 32P, an …

I chose the RedBoard Artemis Nano for its small footprint, great support for interrupts (for the encoder) and, admittedly, because I am fond of it. To drive the motor I decided to try out the Qwiic Motor Driver because it would be easy to hook up and get going.

I also needed a few miscellaneous pieces/parts from a hardware store:

Figuring out how exactly to mount all these parts so that the gears would mesh correctly was perhaps the most challenging and time-consuming part of the project. I ended up making some rough 3D models of the main components and assembling them using OnShape (a very cool web-based 3D modeling application). Here are the public design files: 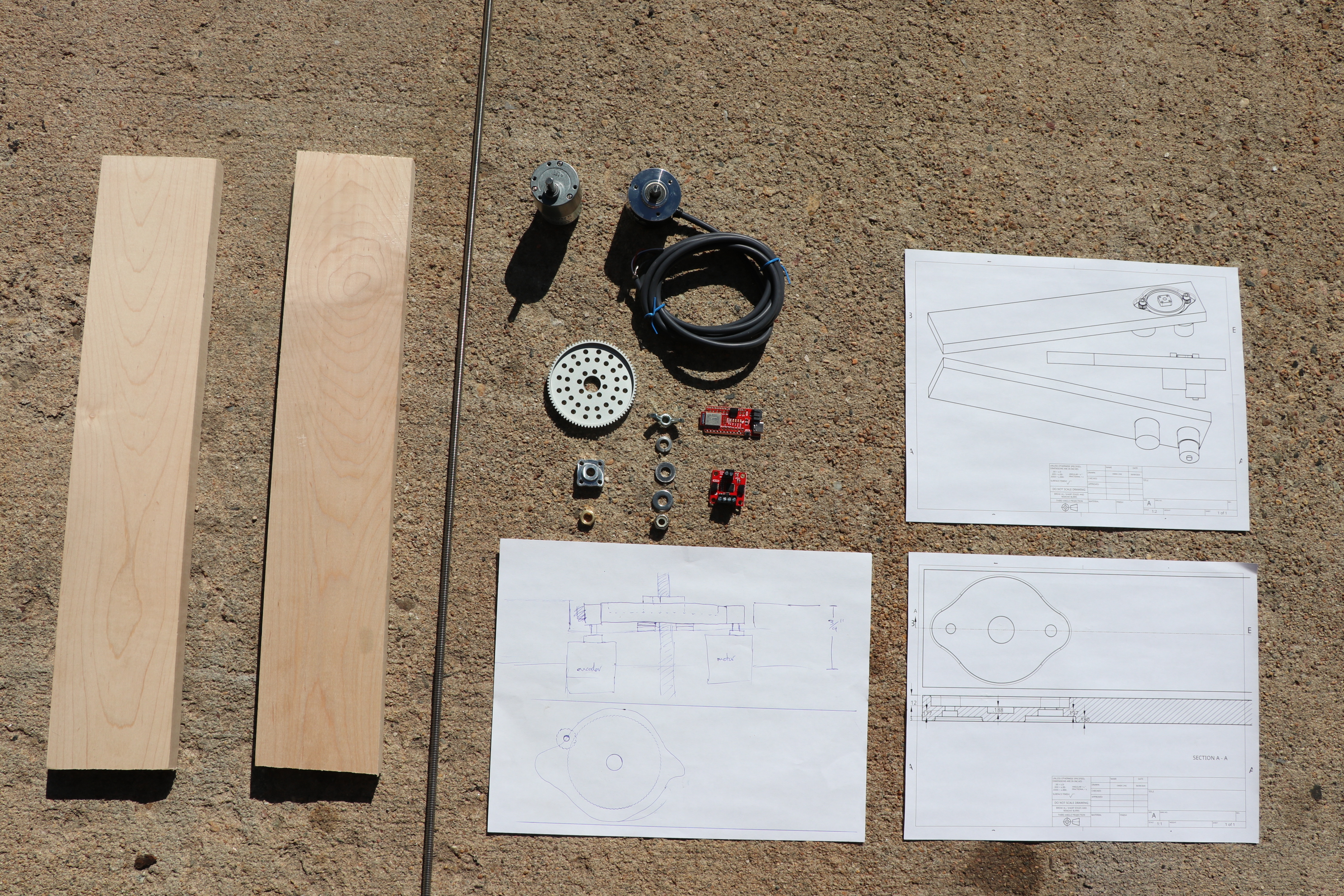 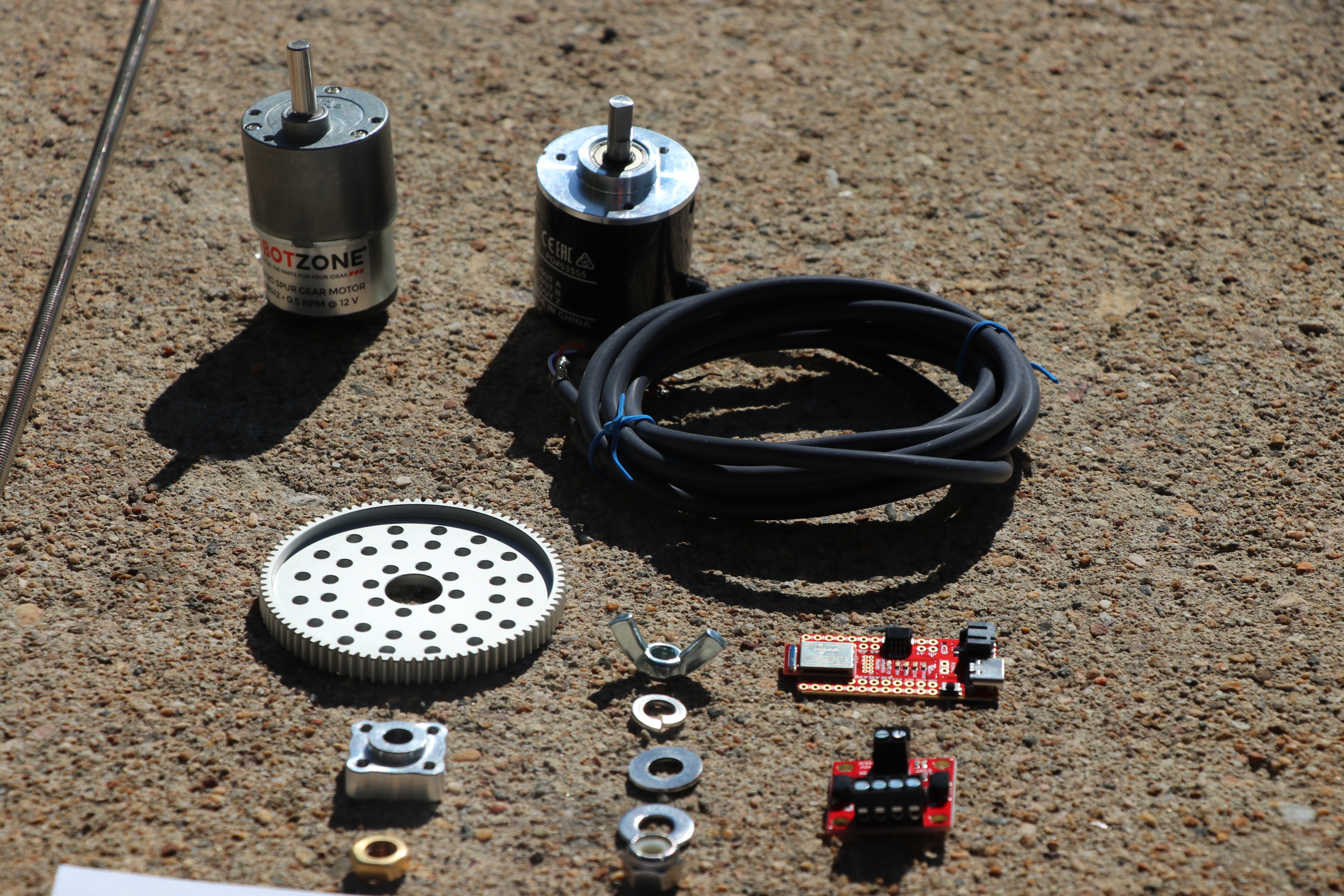 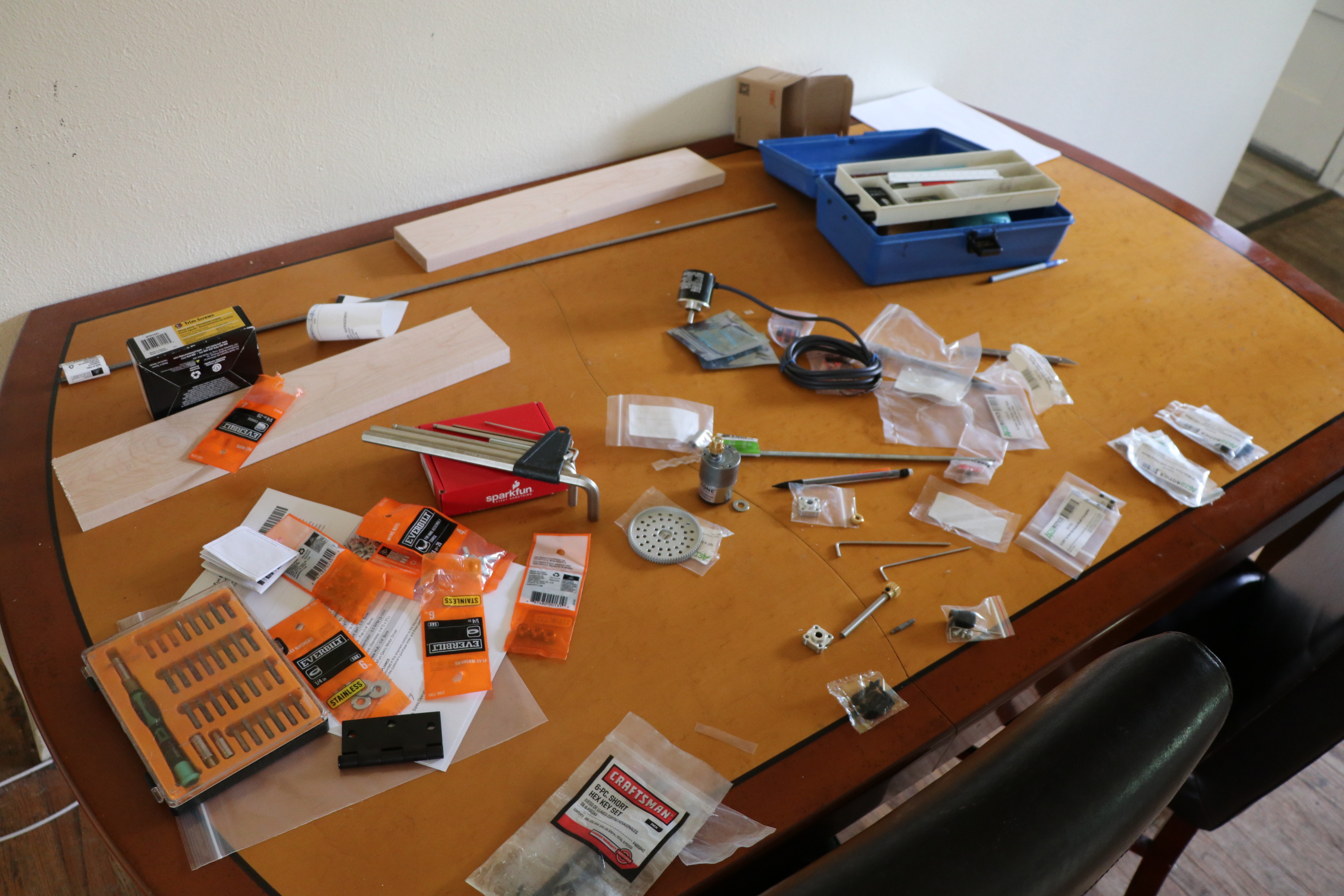 I tried to dust off some old carpentry/fabrication skills and more or less discovered that dust is all they were to begin with. That being said here was my general process:

To build the drive mechanism:

To make the drive rod: 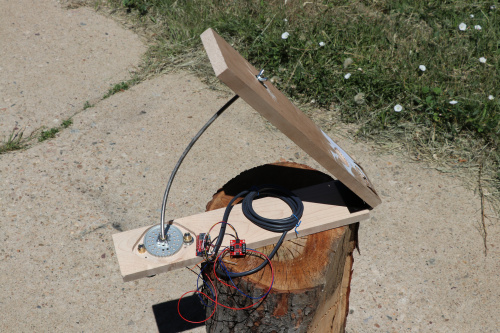 A completed (but far from finished) star tracker

Though currently a work-in-progress, I plan to continue updating this project on GitHub: StarTracker.

Star trackers of this style don't necessarily even need software - a simple voltage regulator to adjust the motor's speed is often enough. In this case, however, I wanted to have a little fun and aim for high precision/reliability. For me that meant adding a feedback loop.

Earth's rotational rate is very stable (over the periods of time used to expose film for astrophotography), so you might wonder whether a control system is really necessary. In an idealized case you could set a motor off to do its own thing and it would also run at a constant rate. Any mismatch between the rate of the motor and the Earth's spin would be a constant error and stack up over time predictably. In fact, if you could get that difference to be small enough, then one could effectively hide it with other techniques (such as image stacking).

What happens when dust/dirt clogs up the system? When the battery voltage sags in cold weather? When a heavy camera/lens combination strains the drive system? In those cases there may be error that changes over time and is much harder to predict and account for. Covering these scenarios is what an active feedback loop does very well.

This time, as the overall position error increases, a proportional "restoring force" is applied to bring it back to zero (in practice this means changing the speed at which the motor is set to run). You can see that the error now oscillates around zero rather than growing infinitely. This is good, but we want the error to settle down to zero - that's where derivative feedback comes into play. 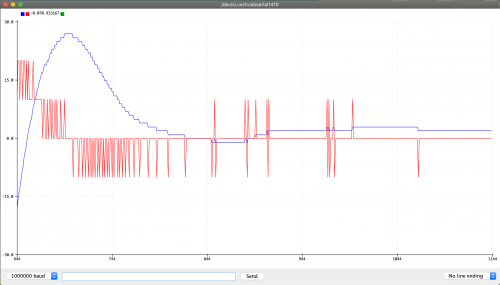 Finally, the error is controlled to zero. This is done by adding a "force" that counteracts motion toward the target.

Overall this was a fun way to combine my interests in astrophotography and control systems. The role of the latter in this project deserves a much more in-depth and precise examination, but it had to start somewhere! Hopefully this rig will be out there tracking stars very soon. 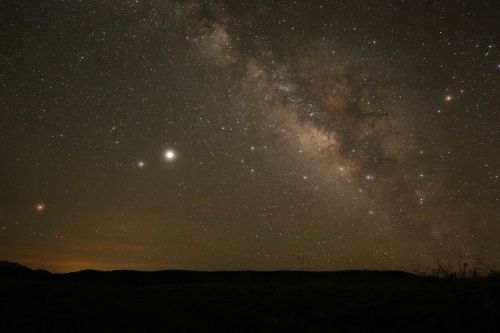