Let's take a look at the pros and cons of traditional mechanical relays vs solid state relays. 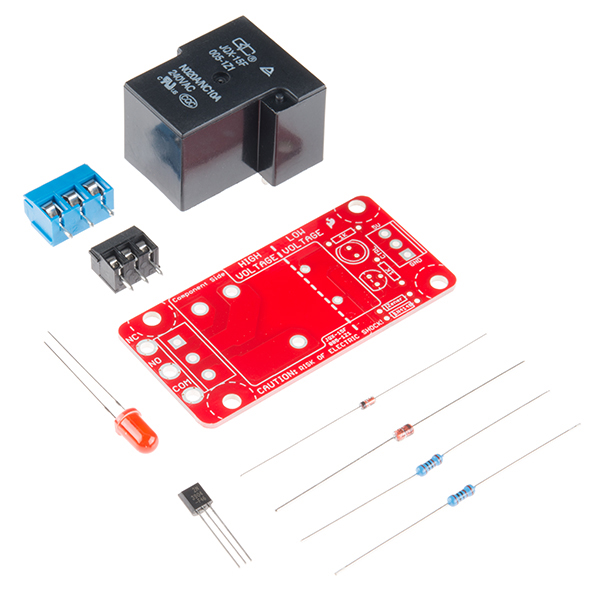 What is a relay and what is a switch?

In general, a relay is an electrically-actuated switch. A switch is characterized by its ability to connect or disconnect a conductive path of a circuit. Switches are further characterized by their number of poles (a contact point) and throws (a specific contact-to-contact connection). A relay allows for the disconnection or connection of a circuit without having to manually do so, like pushing a power plug into an outlet.

We see here a diagram of what is called a SPDT (single pole, dual throw) switch. There is one contact point at a time (the pole) and two configurations for contact-to-contact connections (throws). 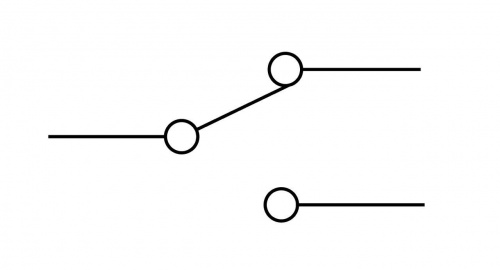 You are probably familiar with push button switches or the light switch on your wall - both take physical effort and time to actuate. Flipping a light switch can often take upwards of 1000 milliseconds, assuming you are even close to it!

Relays can be a great and safe way to control higher power systems with an isolated low power signal, and quickly disconnect or connect circuits. There are several different types of relays and their functions are slightly different.

A typical mechanical relay sends current through an inductor magnet that pulls a flexing conductive plate from one switch contact to another. We can see in this example below the inductor and its relation to the switch. The magnetic field generated by current going through the coil pulls the throw from one pole to another. 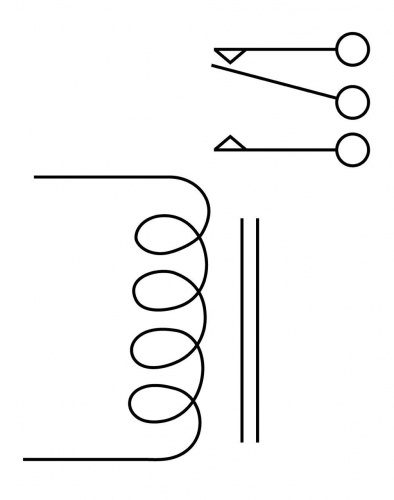 In general, mechanical relays are designed for higher currents and have slower switching speeds, typically around 50 milliseconds - about 20 times faster than flipping that light switch ourselves. They are relatively simple in their construction, so they are often less expensive and easier to replace. They create the familiar relay clicking noise when the conductive contact moves from one pole to another.

There are several issues that arise from using an inductor that need to be addressed in designs using relays: 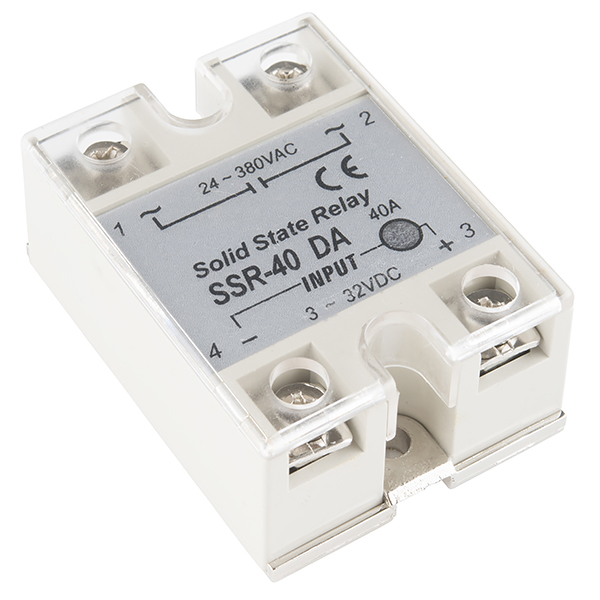 Solid state relays do not have moving parts, as the name implies they exist in a solid state. They are intended to be used in the same way as mechanical relays but have a number of important differences. They connect or disconnect a circuit by applying a separate voltage across a semiconductor junction, often an opto-isolator or a MOSFET, instead of using an inductor to physically move a component. This allows a low power signal to turn on a high power system with just a couple mA’s, while being able to isolate the control side of the relay from the switching side.

In the orange box we can see the use of an opto-isolater to connect or disconnect an isolated circuit.

Solid state relays work well for a wide range of currents and have extremely fast switching times, often around 50 nanoseconds - about 20,000,000 times faster than flipping that light switch ourselves.

Solid state relays are more complicated in design, and require more sensitive components. There are a few drawbacks to using a SSR:

Which relay is right for your project depends largely on the needs of the project. Mechanical relays offer a low-cost way to remotely control a circuit using roughly 25 percent of the max control voltage rating of the relay.

Solid state relays offer a reliable and fast way to connect and disconnect a circuit using only miliAmps at a higher price point. They are less likely to be negatively effected by nearby magnetic interference or vibrations.

We are starting to see a shift toward solid state relays as their price comes down. Their solid state nature means fewer mechanical errors and increased longevity of the part. This is similar to the change in hard disk drives (HHDs) and solid state drives used in memory storage.

We will be releasing our own SSR boards soon, ready to be actuated at your heart's content. Check back soon to get your own!

What are you using your relays for? Is there any love for reed switch relays these days? Let us know what you think in the comments.