A SparkFun customer and a a local dentist investigate the ATMega328 "slugs" - with interesting findings.

We made a post about the ATmega328 Slugs a little while back. The short version of the story is that we got some ATmegas that we couldn't get working. Are they counterfeit or are we inept at getting a microcontroller running? Hmmm.

A functioning ATMega on the left with a fake one on the right.

Ignoring the obvious questions of why the supplier bothered sending us anything or went through the hassle of creating parts that looked like the real things in some ways (packaged and stamped) but not in others (incorrect numbers and, um, they don't work...), we were a bit intrigued by what was actually inside these parts. 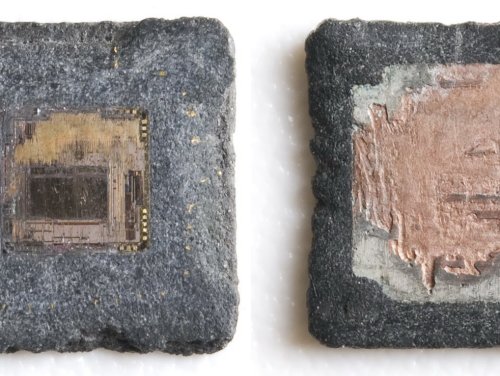 Our initial tests revealed what appeared to be just copper - certainly no silicon.

Our early investigation was fairly fruitless. After spending a couple hours running the problem ICs through an acid bath, we found nothing but metal inside. But perhaps we etched the entire IC away, or not enough, we're not sure (that's part of the joy of trying something random and new!). Fortunately, a SparkFun customer took it upon himself to do his own testing - which revealed some very interesting details. 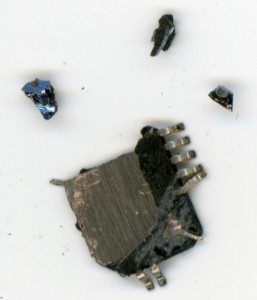 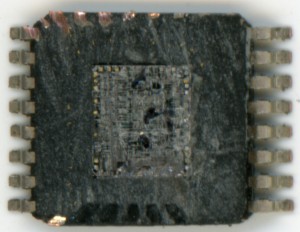 So it's not just molded plastic injected with copper of some kind? It appears there is actually silicon and gold wire bonds in there. Check out the WTF Moogle blog to find out more about what he found. 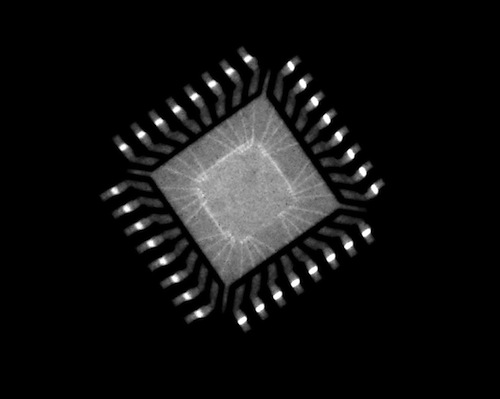 This is what an x-ray of a real ATMega328 looks like.

We also did a little more investigating of our own. Lindsay (our Assistant Production Manager, ex-chemist, and is generally friends with people who have access to awesome tools!) took the ICs to her friend who is a dentist and x-rayed both. What do you see? 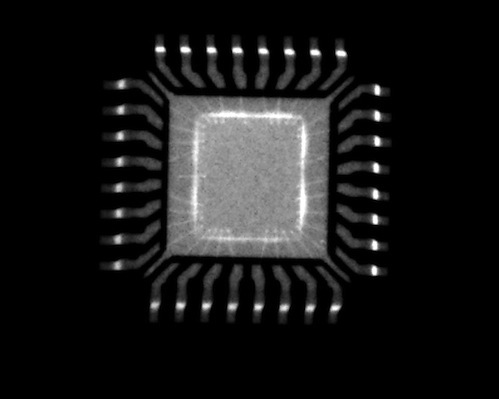 This is the x-ray of the counterfeit ATMega - clearly it's not just solid copper.

There is definitely something going on in the fake - it looks remarkably like the real one. So what's the deal here? The mystery continues.

New Products For The Weekend!