A few weeks ago I shared some research on absolute positioning without GPS. Since then I’ve continued digging into the subject, found a few more sources, and tried a few more things.

When last I left you on my journey to nail down non-GPS absolute positioning and navigation, you may recall that I was finding some difficulties maintaining accuracy, and I was not alone in my findings on this quest. Engineering reviews and Masters theses made it quite clear that I am not the only one having a rough time making this happen, but that certainly isn’t keeping me from continuing my search. So here in Part II I'll share what I’ve learned over the past few weeks (spoiler alert: I wander from pedestrian dead reckoning (PDR) down any avenue I can find where I might gain some insight into non-GPS inertial navigation.) 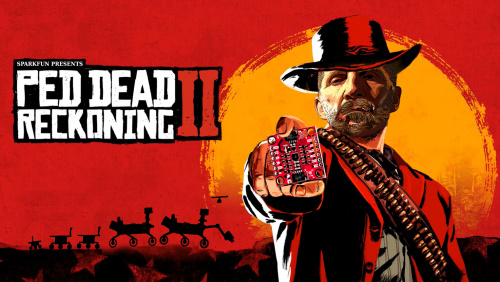 I did it for the first article, I felt it was only right to do it again for this one.

In expanding my search, I came across a few other communities that also continue to work on this dilemma. The first group that I came across was a group of R/C hobbyists working with submarines. I know that mariners, both above and below the surface, have been using inertial navigation systems with success for quite some time. I found a fair number of semi-autonomous underwater vehicles, including some hobby-level, Arduino-driven submarines, like this scratch-build beauty from John Redearth. However, the thing about R/C hobbyist submariners is that they enjoy controlling their submarines, so while some of them have certain levels of autonomy built in (usually for the ballast system), inertial navigation at the hobby level is fairly rare. Even searching up, projects like DARPA’s Hydra project and the ensuing Orca project by Boeing have shown that accurate inertial navigation without GPS is still an incredibly tough nut to crack. DARPA has been working on inertial navigation in unmanned underwater vehicles since 1988, and since the concept is the same whether in an underwater vehicle or on a pedestrian, I can't feel too bad not being able to get it nailed down in the two months I've been working on it. 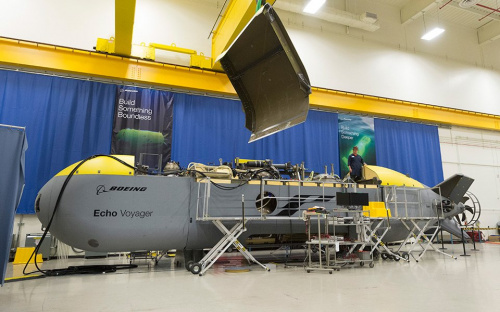 The real issue continues to be drift. For pedestrian navigation systems, zero velocity updates have been used with good effect to help minimize such drift. Basically, ZUPT zeros the measure of velocity with each perceived step. This seems to work to a certain degree for walking in a straight line at a regular gate, or while standing still. However if, as in my original foray down this twisted path, we are talking about firefighters in emergency situations, neither of the aforementioned scenarios are likely to occur for very long. Ideally, pedestrian dead reckoning would only be used for brief intervals when GPS lock was lost, but if you’re in a life-threatening emergency situation, hoping that you re-establish GPS lock isn’t a sound option.

Drifting is great for your tryke, but for PDR, not so much.

Another group that has more recently joined the hunt for the perfect inertial navigation solution is engineers working on VR hardware. If you’ve spent any time in a Sony, HTC, Oculus or any other decent brand of VR headset, then you know how attuned they are with your movements. Turn your head left or right, and your view pans left or right. Tilt your head up and down, the view tilts accordingly. Walk forward three steps… well, unless you’re pushing the accompanying “walk” button, your view doesn’t change. Oliver Kreylos, a researcher with the Department of Earth and Planetary Sciences at UC Davis, discusses this in a good video here. An idea he suggests, which has been suggested many times by many people, including me and a number of commenters on my last post, is to add fixed point transceivers, allowing the module on the user to read signal strength from the multiple fixed points, adding another set of data points to help with accuracy. He also makes it clear that without that, inertial tracking is, in his own words, "a no-go." 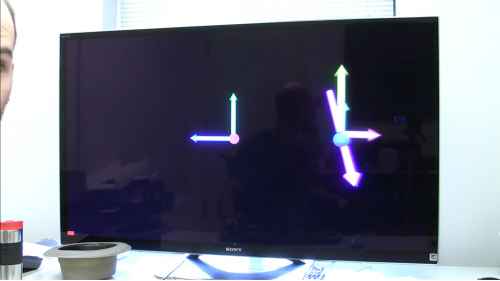 Okay, so there are only so many options when visualizing inertial navigation drift.

I did find a small group of engineers out of Israel, more specifically from the faculty of electrical engineering at the Israel Institute of Technology and the Department of Marine Technology University of Haifa, who are doing what most of us wish we could do when stumbling on a project - throw more sensors at it! Their piece, "Multiple Inertial Measurement Units — An Empirical Study", is an extremely in-depth look at improving inertial navigation accuracy by increasing the number of sensors used. For this paper, they’re using 32 6-DoF IMUs for a total of 192 inertial sensors! I’ve read one or two other research papers that used multiple IMUs to try to improve accuracy in pedestrian dead reckoning, usually on legs and arms, but nothing on this large a scale. If you’re really interested in utilizing this technology, this paper is a very good read.

Suffice to say, accurate PDR without the aid of GPS isn't a problem I'm going to be solving any time soon. I am pleased to see that it is being worked on in an ever-increasing range of technologies, by an ever-enlarging pool of engineers. But even with as far as we've come, our automotive dead reckoning can only maintain accurate positioning after GNSS loss for about 90 seconds. And really, if I'm to be completely honest, if I'm going to put multiple IMUs on myself, it most likely won't be for dead reckoning but for a sweet motion capture suit. 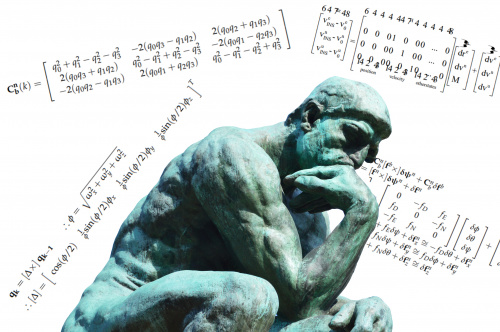 The more I learn, the less I realize I know. ~ Socrates (also me, on a daily basis.)

What Are You Working On?