Raspberry Pi is at it again! SparkFun is proud to co-announce and introduce you to the new Raspberry Pi Pico W and Pico H! With this launch, Raspberry Pi expands their RP2040 microcontroller line to include wireless capabilities and headers. Let's jump in and see what exactly is being announced and released today. Let's take a look! 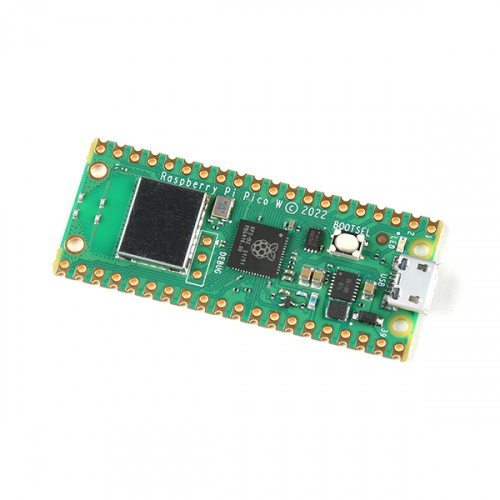 The Raspberry Pi Pico W is a low-cost, high-performance microcontroller board with flexible digital interfaces featuring the …

The Raspberry Pi Pico W builds upon the great cost-for-performance metrics of the Pico and add WiFi to the board. The Pico W features the same attributes as the Raspberry Pi Pico and also incorporates an Infineon CYW43439 wireless chip. CYW43439 supports IEEE 802.11 b/g/n wireless LAN, and Bluetooth® 5.2. (6/30/2022: Only Wireless LAN is supported on the Pico W at the moment, this will be updated as the new features become available)

The Raspberry Pi Pico line is a low-cost, high-performance microcontroller board with flexible digital interfaces. It feature the RP2040 which marks Raspberry Pi's first microcontroller designed in-house. Pico provides minimal (yet flexible) external circuitry to support the RP2040 chip (Flash, crystal, power supplies and decoupling and USB connector). The majority of the RP2040 microcontroller pins are brought to the user IO pins on the left and right edge of the board. Four RP2040 IO are used for internal functions - driving an LED, on-board Switched Mode Power Supply (SMPS) power control and sensing the system voltages. 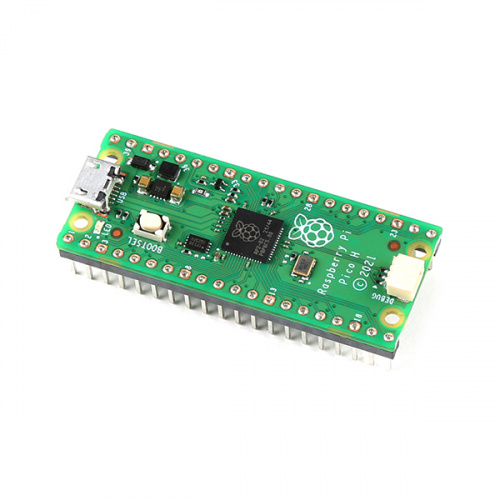 The Raspberry Pi Pico H is a low-cost, high-performance microcontroller board with flexible digital interfaces featuring the …

Meanwhile, the Raspberry Pi Pico H variation is almost exactly like the existing Pico but comes with a set of male headers pre-soldered to all through-hole vias and a 3-pin debug connector. The spacing remains 2.54mm and breadboard compatible (even more so now with the addition of the male headers).

We are, once again, beyond excited to get our hands on the new Raspberry Pi Pico W and Pico H and create new projects, but what do you want to use them for? Are you excited to try making something new with Raspberry Pi's wireless microcontroller? Let us know in the comments below and we'll talk with you again tomorrow with more new products!