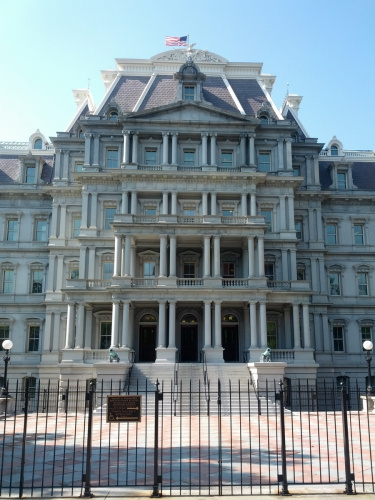 The entire WHMF experience was a roller coaster. We didn't know key details until a few days - sometimes hours - before things were happening. Talking to other attendees, this was a common theme and probably just the nature of event planning at something as hard to manage as the White House. Derek and I arrived Tuesday night before the event, and because of the hot weather, they very mercifully moved the event inside the White House. Unfortunately that meant a good portion of the attendees had to watch Obama's remarks from the EEOB next door via live webcast. While it was for the right reasons, Derek and I got split: I got to attend the live speech and Derek got to checkout the EEOB next door. 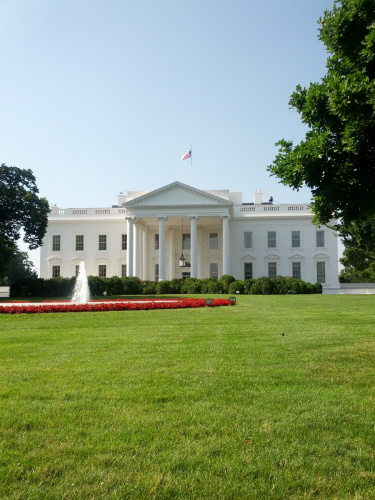 The view of the big house walking down Pennsylvania Avenue. What's weird about this photo? 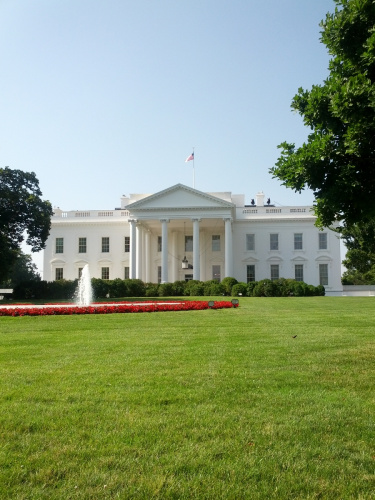 There's nothing weird about these photos unless you have shifts of armed snipers climb on your roof daily. I'm not sure if this is standard or not but pretty freaky. Did I mention it was 95 degrees (35C) and 70 percent humidity? Thank you armed forces! 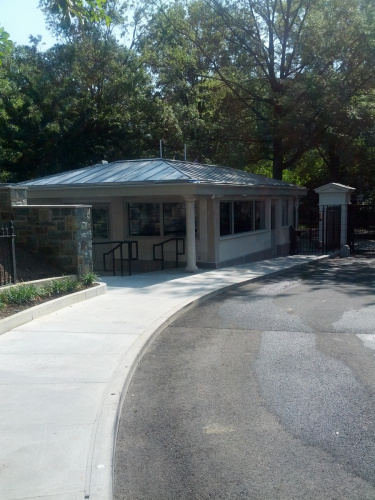 We were told we could bring a cell phone and various materials with us. Above is one of many security checkpoints - I got to go through two. Standard airline security, just bigger guns and more bulletproof glass. 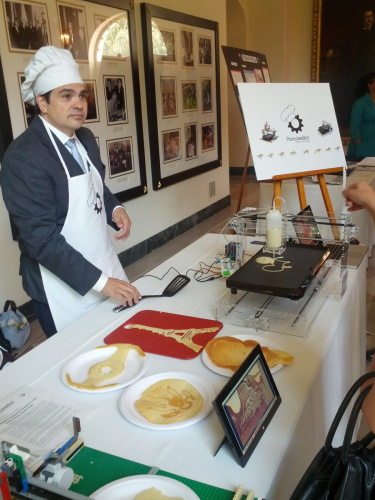 Once inside there were tables and demos setup. Here's PancakeBot (batter not included) demoing. 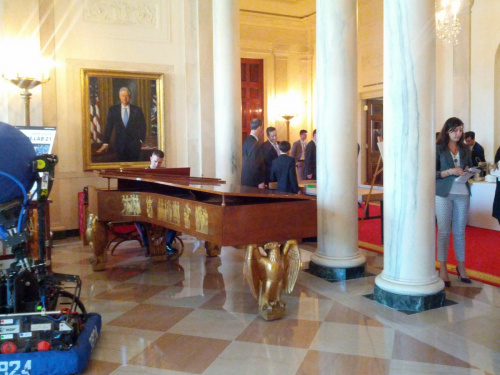 Most of the demos were in center rooms. And when I say center (I had to have this all explained to me), I mean they are in between the east and west wings of the White House (where, presumably, real stuff gets done). I also learned the presidential residence is on the 2nd floor. Neat!

Needless to say this entire event was a mix of surreal (robots next to a soldier playing wonderful classical music) and pure, utter giddiness. As the attendees mixed, it was amazing to think that this movement, or whatever you want to call it, had made it all the way to the attention of the president of the United States. 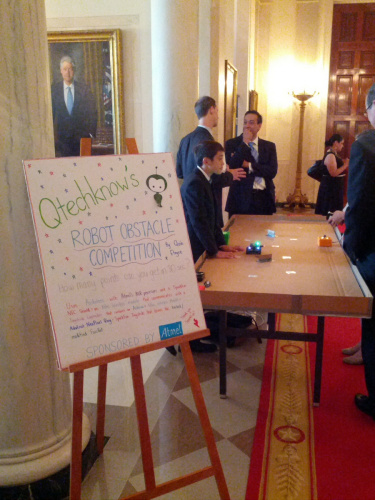 Here is Quin, our friend and collaborator, showing off a robot game he had made along with some new hardware he's been working on. 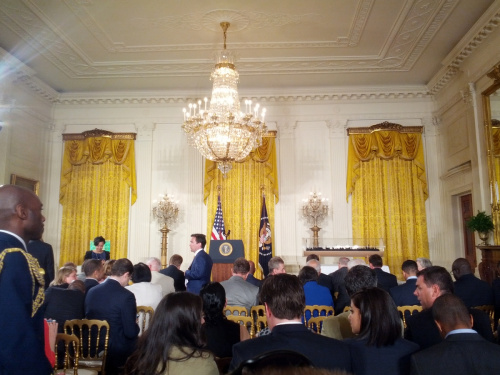 Around 11AM we were ushered into a side room where the podium was set up between a LED cube matrix and a 3D print of Obama's state of the union address (about 3D printing [how meta!]). 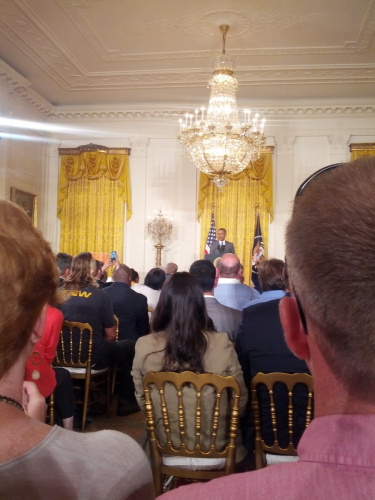 I was in the room with about 150 other people when Obama gave his speech. It was amazing. He read the crowd exceptionally well and had some really funny extemps. He is shockingly close to 'getting' the movement that SparkFun is a part of. 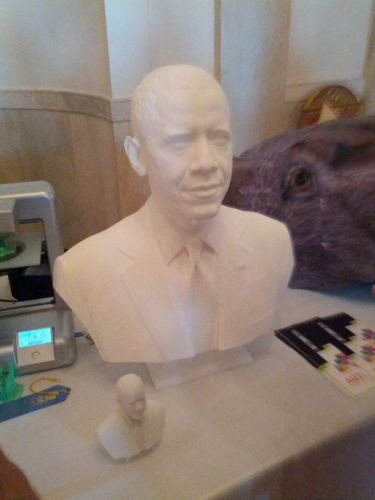 After his speech President Obama left and we were allowed to explore for a few hours. At this point they allowed the remote attendees from the EEOB to come over to the White House. Above is a photo of the archival grade 3D scan and print of the president. It was really an exceptional print that required the latest in 3D scanning and printing.

I asked if the Smithsonian would be releasing and open sourcing the 3D scan data of President Obama to the public. Unfortunately they said they had not yet gotten permission from the White House. C'mon White House! The mashups will be amazing! 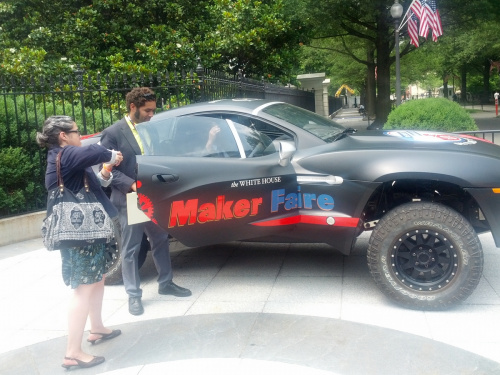 Of course there was a Rally Fighter car parked outside. Kipp Bradford may or may not have been trying to drive it away.

While a good portion of the crowd at the White House Maker Faire were old friends and compatriots of the Maker Movement, I did get to meet many new amazing people. Thank you Obama and the White House for having us!