A gaggle of SparkFun folks are here in Las Vegas for the 2015 International CES show–the biggest, best, and showiest show for all things electronic. Here’s the highlight reel of Tuesday, January 6.

We spent Tuesday dealing with time zone scheduling mishaps, running from meeting to meeting, touring the show floor, and attending talks. All so we could bring this to you! 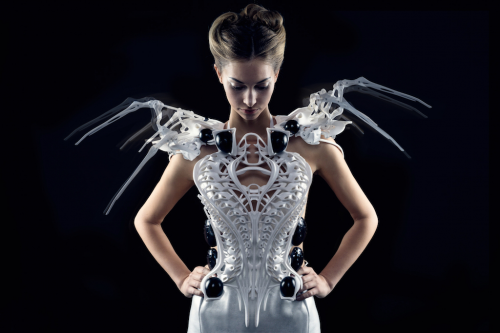 This work of art by high-tech/high-fashion designer Anouk Wipprecht is powered by Intel Edison, and would look at home on any sci-fi set-slash-runway. We had to use a picture from Make because the crowd around the model was impenetrable. 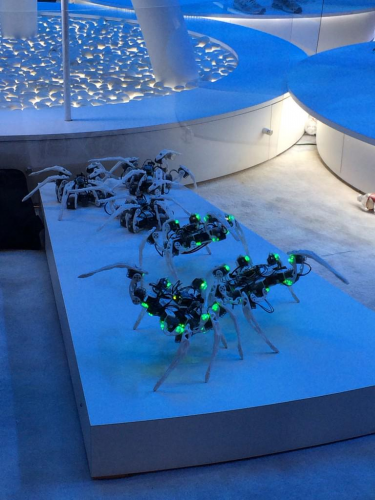 Robotic dancing spiders were her entourage.

Nixie and the world's first selfie via quadcopter 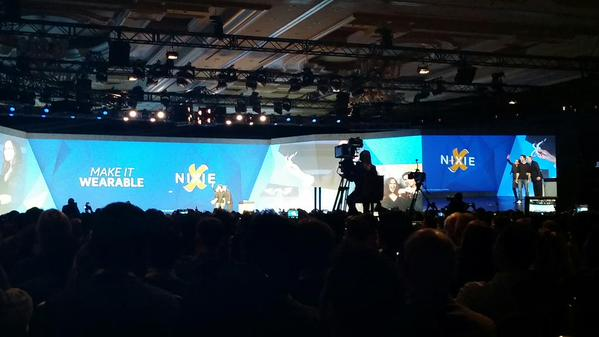 Sorry it's a poor picture. Cellphone camera + thousands of people = hell on photography.

This little gadget just won $500,000 as the grand prize winner in Intel's Make It Wearable Challenge as the first wearable camera that can fly. The #selfie tag on Instagram is about to get a lot more interesting. 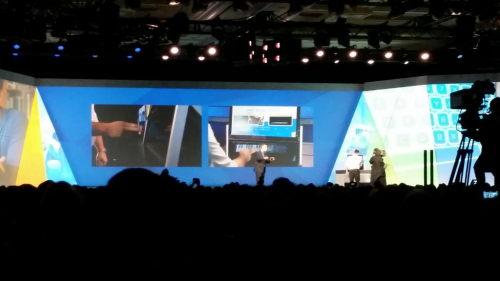 The Intel keynote was full of awesome things, but this holographic keyboard made us giggle like in the days of yore, when we were but wee geeklings. Their 3D sensors had a lot of applications, from the amusing and entertaining to assistive technology. Watch the full keynote here. 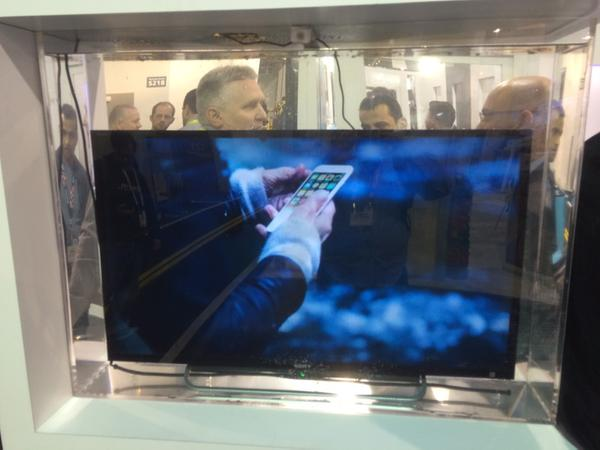 ...Running on an underwater Raspberry Pi 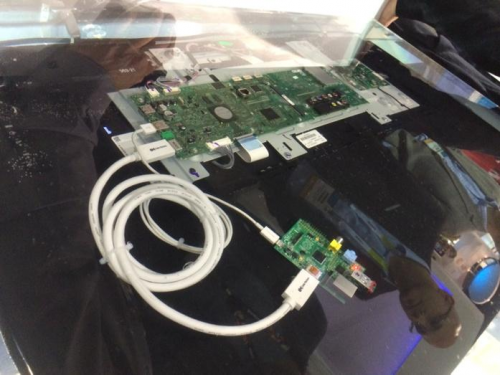 A company called HZ0 demoed their waterproof electronics coating. We think they passed. 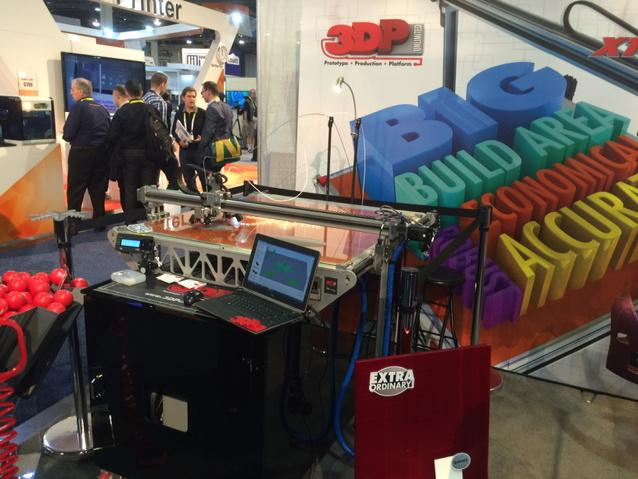 While we're on the topic of 3D printing, this booth featured a band playing all 3D-printed instruments. They sounded pretty good, too.

It wasn't a gadget, but one of the coolest things we witnessed was also from the Intel keynote (I swear, they're not paying us, it was just a really good keynote): CEO Brian Krzanich pledged to invest $300 million to increase the diversity of Intel's domestic workforce. The money will fund initiatives to hire and retain women and people of color, and represents the largest investment yet by a technology company.

Stay tuned for more updates from CES, and you can follow along with our shenanigans on Twitter under #CES2015, where we'll be live tweeting all day.

UPDATE: The underwater coating company was originally mistakenly identified as H20. This post has been updated to correct it to HZO.