We're excited to celebrate a win for libraries everywhere!

A year ago, SparkFun was honored to host four library administrators as hackers-in-residence from Chattanooga, Tenn., to learn about the ways they're adapting their respective institutions to to provide hands-on access to modern, relevant technologies while maintaining the integrity of the library tradition. During his time at SparkFun one of our visitors - Jason Griffey - was experimenting with environmental sensors to enable "smart libraries," one designed to measure sound levels and another that functioned as a people-counter to measure usage. 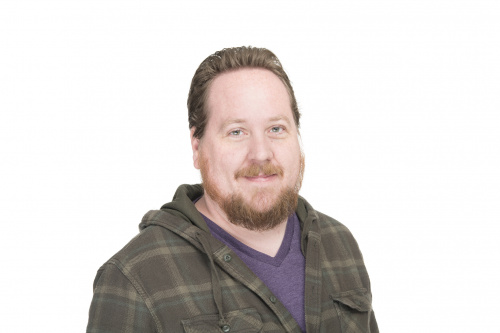 The face of Jason

If there's one thing that fills Education Outreach Coordinator Jeff Branson with glee (other than robots and teaching and the stand-up bass), it's helping libraries think of ways to expand their educational capacities. We've watched him drive enthusiastically around the country in an RV instructing librarians how to use and teach all manner of open hardware and technology, and have yet to see him slow down. 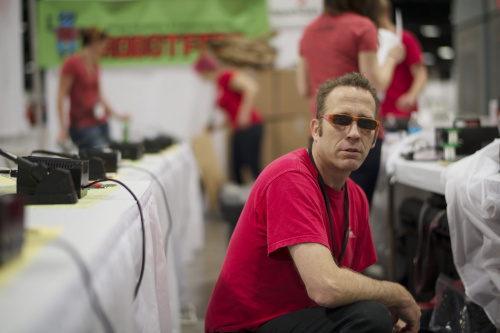 Look at this guy. Unstoppable.

It's no surprise, then, that Jason's project caught Jeff's eye, and over the past year he's been helping solidify Jason's work & build a proposal. We're excited to announce that as of last week, Measure the Future is the official recipient of a $130,000 Knight Foundation grant! Once completed, the Measure the Future initiative will offer analytics possibilities for smart libraries, with the use of open hardware & tutorials to increase their efficiency and effectiveness.

Imagine having a Google-Analytics-style dashboard for your library building: number of visits, what patrons browsed, what parts of the library were busy during which parts of the day, and more. Measure the Future is going to make that happen by using simple and inexpensive sensors that can collect data about building usage that is now invisible.

Our goal is to enable libraries and librarians to make the tools that measure the future of the library as physical space. We are going to build open tools using open hardware and open source software, and then provide open tutorials so that libraries everywhere can build the tools for themselves.

As the technical partner for the project, we'll be helping Jason develop the hardware he needs to create an adaptable program for libraries that want to use the technology. Jason will be in Colorado for a few weeks this summer to work on developing the kit, and we're thankful for all his and Jeff's hard work! Congratulations!

New Product Friday: What's with all the ComMotion?