The "Internet of Things" is a scam!

...in a long line of wonderful and necessary scams.

Do you remember when cellular phones became "smartphones"?

It seems like it basically happened overnight, around the time that words like "Sidekick" and "BlackBerry" were losing their appeal. About the time that Microsoft abandoned the loathsome and WinCE-based "Windows Mobile" in favor of the superior "Windows Phone" OS. Just on the verge of Apple turning their iPod Touch into a worldwide mobile telephony juggernaut (had they been just a few months ahead of the phrase "smartphone," they may have genericized the word iPhone the same way they did iPod).

But why did we choose the phrase "smartphone" when there were so many other words waiting in the wings: Superphone, PDA, Palmtop, BlackBerry (as a generic trademark)? Because before phones were "smart," the "smart technology" movement had already been rolling for years. Smart technology is the phrase that we've grown used to for describing ubiquitous computing, the idea that any electrical device could be imbued with electronic "smarts" to make our lives easier. In fact, before the smartphone, there was the smarthome:

The systems behind so-called smart homes probably represent the first serious push of smart technology into the commercial market. Home automation stallwart X10 was developed in 1975, just a few years into the rise of the consumer grade IC, and it's still in use today. That being said, for most of us home automation has come piecemeal through a variety of smart appliances, and not as a monolithic solution the way that BSR (later X10 Inc) would have liked it to. The fact is that even today, home automation is still trying to gain a foothold in the market, but it may finally have found one. Until recently, hardware was too large and bandwidth was too precious to enable the kind of ubiquity that X10 and its competitors were hoping for. But in the age of the iPhone and 4G wireless, their ship may have finally come in. Enter: The Internet of Things. 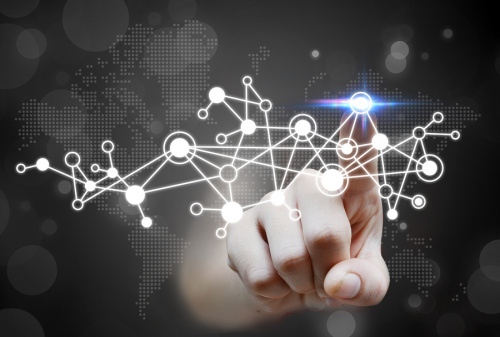 This is apparently what the Internet of Things looks like... (Image courtesy of talk2thefuture.com)

The Internet of Things is an attempt to bring home automation, ubiquitous computing and mobile technology together under one big umbrella. Unfortunately, any umbrella large enough to cover these technologies is so large that it can be hard to define the edges. After all, what would an internet of "not things" look like? In my line of work, I come across a lot of different people with their own definitions of IoT. Most people define it either too broadly, including things from military field-comms to servers and switches, or too narrowly, neglecting anything that isn't a consumer good or appliance. My working definition for what constitutes an IoT device is pretty simple and I think it covers all bases:

An IoT Device is any internet-connected, non-browser device that isn't a piece of network infrastructure.

Whenever we use the words Internet of Things, I think we really mean it in contrast to the Internet of Browsers, the chunk of internet devoted to searching, indexing and serving human-readable content. This is, after all, what most of us call the internet. That other layer where machines talk to each other without cat pictures or targeted advertising is the heart of the internet of things. This layer of the internet has existed for a long time, there have just been very few things on it.

We used to refer to non-browser devices as using M2M, or Machine-to-Machine, technology. M2M wasn't so much a part of the consumer sphere like smart homes were. M2M grew up from industrial automation and most of the M's that made it up were things like HVAC units, boilers, generators, powerplants, sprinklers and manufacturing equipment. They started as locally-networked devices, connecting controllers to actuators in large plants, but eventually grew onto the internet to accommodate sprawling industrial campuses. Devices that still identify as M2M today followed an entirely different evolutionary path than did IoT devices, and often still very much resemble the early PLCs from which they were developed. 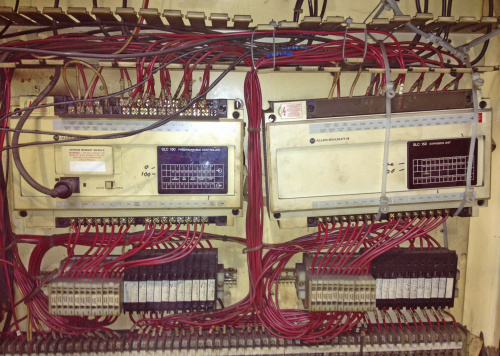 Seeing as the ideas and technologies behind IoT have already been in development for about half a century, is IoT really a hot new paradigm-shifting technology? Or is it just a coat of fresh paint on an old scam? A tool for marketing pinheads (like me) to sell you expensive and complicated appliances? Well... there's no doubt that there are piles of Silicon Valley startups, each tripping over the other to develop IoT's "killer app." And it's also very likely that retailers of technological tchotchkes and e-kitsch (like that one place you only shop at 40,000 feet) will use it as a badge to sell chintzy wares. I also think that the phrase represents a convergence of technologies that was going to happen eventually anyway, and would need a name. It's likely that we're in the IBM Simon stage of the Internet of Things. We have a feeling that there's potential, we're trying to build objects around it but we just haven't felt our way to the "smartphone" yet. After all, it took the "smart devices" movement more than 30 years to give us a real smartphone. Heck, it took the all-out venture capitalist bloodbath of the Web Bubble to form companies like Google and ultimately, social media.

The type of innovation that we're used to today is the result of a lot of brilliant people working for a lot of ambitious (if somewhat reckless) people, throwing things at the wall and seeing what sticks. It's easy to become cynical in this environment, where every solution is a sales pitch and the heavy hitters are expensive thermostats and TVs that can spy on you. But as the people who are likely building the Internet of Things, we owe it to ourselves not to get fed up with the hype and tune out. The standards and protocols that are being developed right now are likely to become the backbone of a new kind of human-machine interaction. We could soon find that most of our interaction with the web is taking place without a screen or a keyboard. Massive amounts of personal data and metadata will be generated and transported using these standards and protocols. It is so, so important that we take the same care and attention in developing our Internet of Things solutions as did the architects of the Internet and the World Wide Web. 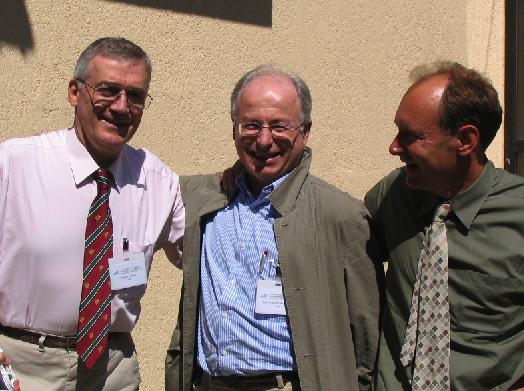 This attention and care will be rewarded with a secure and connected future. A future with fewer screens and more smart objects. A future with the potential to be distributed, with any luck, a little more evenly. So let us choose to be skeptical, rather than cynical, about the promises of IoT. Let us choose to get excited about everything that it can be instead of rejecting it for what it is. It's our turn to contribute to the Internet; let's do better than pop-up ads.