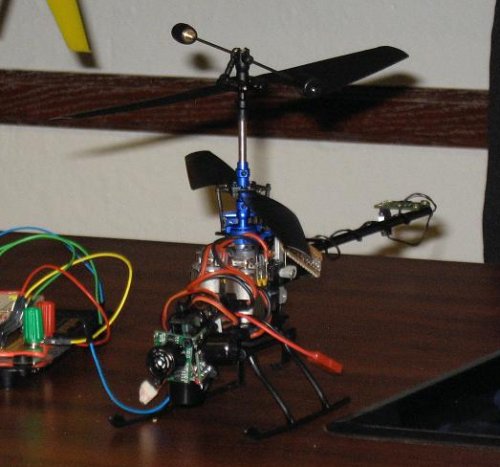 Sean wrote in about his UAV helicopter. The Wash UAV uses an Arduino Mini, Maxbotix ultrasonic sensors, and a HMC6352 compass module. It looks like they're very close to full autonomy! Checkout the 'New Platform' video. I wouldn't want to code next to that thing while it's running!

Ryan has completed his tutorial on the MP3 Belt Buckle. This music player was created to demonstrate how to combine a handful of technologies, and make them fit into a tight space. We demoed the buckle at Maker Faire Austin (TEXAS). When in Rome...

We've released the next version of the Portable Rotary Phone. The BlueRotary now works with Bluetooth? enabled phones! If you've got an iPhone or Blackberry in your pocket, you could be walking around with this fine looking extension. Place calls using the rotary dial and talk over the giant handset � even the original bells ring when the phone in your pocket receives a call! The BlueRotary couples to your existing phone over the 'Hands-free' Bluetooth? protocol.

FIO is a new addition to the Arduino compatible lineup. Funnel IO has a batch of built-in features including LiPo charging, Arduino LilyPad bootloader, breadboard spacing, XBee wireless, and wireless reprogramability. We had stock - we swear! It just sold out before we could get all the new products on the home page. (It's the sneaky users that are watching our New Products feed) We're building more FIOs in the next few days. Please back order as many as you need and we'll get them out quickly.

You've got to checkout this open source gaming console called Uzebox. It's amazing how a huge pile of 7400 series logic chips can be boiled down to an AVR and a video encoder: 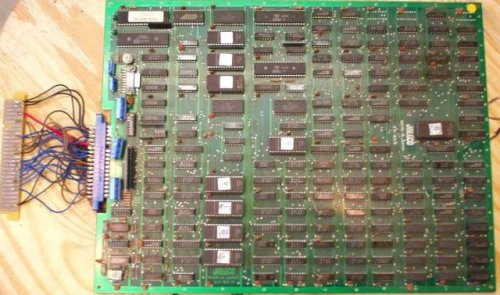 Image of Exerion mainboard
Look at all that! How did they ever get those things to work?! The Uzebox is a very simple system that has a handful of games already developed for it. Clay Cowgill designed this hillarious game called 'ESD Attack':

To go along with the Uzebox console, we now sell very simple Super Nintendo controllers. Mash to your heart's content.

Smart Projects has released an official Arduino Ethernet Shield. Based on the Wiznet W5100 chipset, this shield will empower your Arduino with connectivity to the interweb.

If you need access to the Bluetooth? headset protocol, the Bluegiga module is a great way to go. Now available on this Bluegiga breakout board!

From Nuxie, this simple, yet powerful FunCount kit displays frequencies from 1 to 2MHz on an easy to read 16x2 character LCD.

FunGen is a basic function generator kit. Very useful for those moments when you just need a 200Hz square wave! 25Hz to 250kHz sine, triangle, and square wave output.

End of the Year and X-Rays in Your Scotch Tape