The Particle Electron is here, along with two brand new Arduino boards and a revision to our popular Ardumoto shields!

Hello, and welcome back to another Friday Product Post! We have a pretty big week for you all, bringing you the Electron 3G Kit from Particle. But that's not all! Today we also have the new Arduino Industrial 101 and the new Arduino Tian available, as well as revisions to our popular Ardumoto shield and kit. Alright, enough with the small talk; let's jump in and take a closer look!

Better keep an ion that Electron! 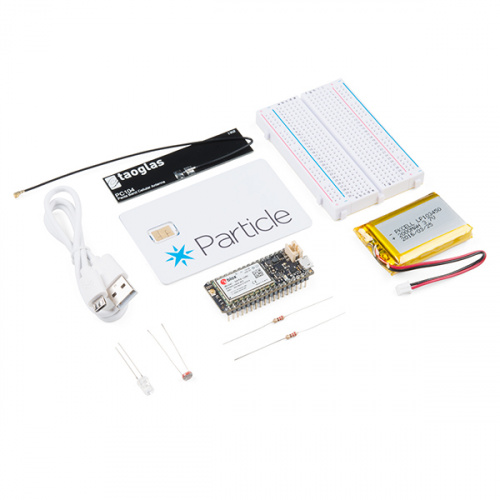 The Electron is a tiny development kit for creating 3G cellular-connected electronics projects and products. It comes with a …

The Particle Electron is a tiny development kit for creating 3G cellular-connected electronics projects and products. It comes with a Particle SIM card (Nano 4FF) and an affordable data plan for low-bandwidth applications. Plus, it's available to more than 100 countries worldwide, and includes three months of Particle's 1MB monthly data plan for IoT devices!

If you reside or plan to use the Electron outside the Americas or Australia, we also carry a version that is compatible in Europe, Asia and Africa.

A great upgrade to the already popular Arduino Yun. 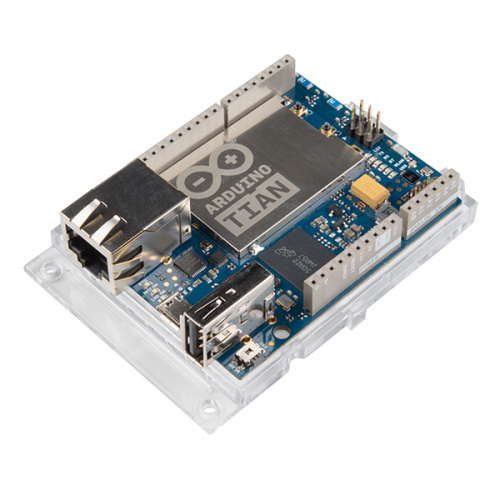 The Arduino Tian unleashes the power of a small computer running Linux, connected to a 32-bit microcontroller. The Tian is th…

The Arduino Tian unleashes the power of a small computer running Linux, connected to a 32-bit microcontroller. The Tian is the next logical iteration of the Arduino Yun, upgrading both the microcontroller and microprocessor, and even featuring onboard Bluetooth 4.0! Needless to say, the Arduino Tian is an amazing way to incorporate the ease of Arduino into your next IoT project.

A beefy IoT device in a tiny package. 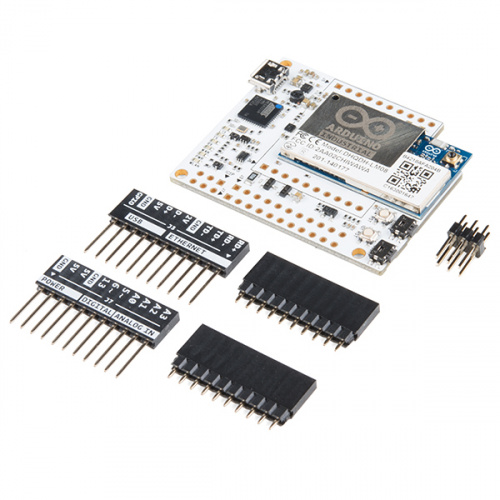 The Arduino Industrial 101 is a WiFi evaluation board for the Arduino 101 LGA module based on a MIPS Linux processor. With th… 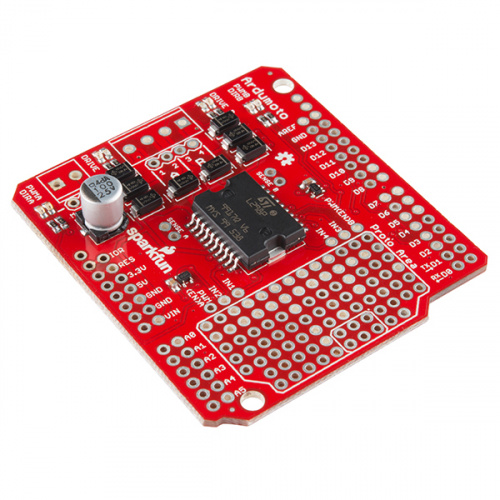 The Ardumoto Shield is a dual-motor controller for Arduino. Based on the L298 H-bridge, the SparkFun Ardumoto can drive two D…

The Ardumoto Shield is a dual motor controller for Arduino. Based on the L298 H-bridge, the SparkFun Ardumoto can drive two DC motors up to 2A per channel. Combined with an Arduino, the Ardumoto makes a fantastic controller platform for RC vehicles or even small autonomous robots. It’s now easier to use, featuring control signal LEDs, while also being much more flexible for advanced users. 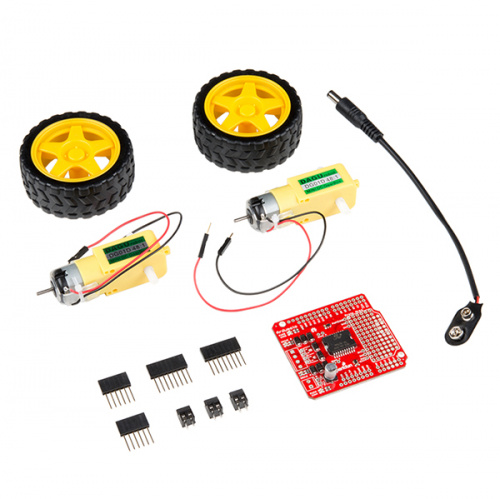 Robots are fun, and Arduinos are easy. So wouldn't it be nice if there were a kit that included everything you need to get yo…

Robots are fun, and Arduinos are easy. So wouldn't it be nice if there were a kit that included everything you need to get your Arduino device set up to control a simple two-motor-circuit buddy? The SparkFun Ardumoto Shield Kit is perfect for any robot enthusiast and includes an Ardumoto Shield, as well as pairs of tires, motors, connectors and wires. And, of course, it’s all stuffed in a classic SparkFun red box (which may come in handy as a robot chassis).

Alright, folks, that's it for this week, but you need to make sure to check back in with us next Friday for another Product Post. We have something great in store for you! Thanks for stopping by, and we'll see you next time.

Make a Magic 8 Ball with the micro:bit