Let's look back at June and see some of the cool things people made.

Here are four projects from last month that really caught my attention. I try to find things that are fun or useful that fall under the giant "Internet of Things" umbrella. Got any more projects you found? Share them in the comments!

The Ultimate Way to Creep 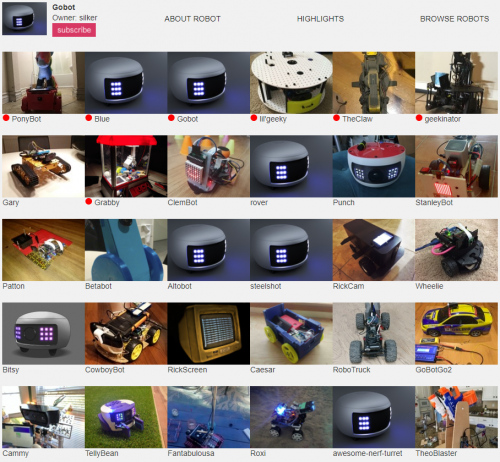 Internet-connected robots have been around since probably the dawn of the internet. While letting someone roam around your place while you're not home may seem unsettling, it doesn't stop people from giving that power to anonymous Internet users, and the ever-amusing runmyrobot.com website aims to make it even easier to creep on people.

Robot makers can register their free-roaming, internet-controlled bot on the site, and anyone visiting can assume control of a robot to freely explore one (or more) rooms. Because there is no priority or mutex system, multiple users can control one robot simultaneously, often resulting in frustration and hilarity.

Felipe Silva Neves and Bianca Rodrigues de Souza created a (quite extensive) bee-monitoring system using a suite of sensors that communicate to a Qualcomm Dragonboard over BLE. The system measures temperature, humidity, pressure, light levels, audio (looking for bee aggressiveness) and GPS location. All this information is sent to a custom web-based dashboard for easy viewing.

IoT Cryptography on the ESP8266

We've posted about IoT security before (or the appalling lack thereof), but implementing some kind of useful encryption on small chips like the ESP8266 is either exceedingly difficult or takes up too many of the microcontroller's resources, and leaves you with almost nothing for your main program.

Luckily, Hackaday published a great article titled "Practical IoT Cryptography on the Espressif ESP8266", which walks you through the steps of setting up a usable encryption scheme (AES-CBC) through the 'crypto' module on NodeMCU for passing MQTT messages. The author also included an implementation in Python for larger systems (e.g. your Raspberry Pi acting as a server). While it's not bullet proof, it's definitely a step up from sending and receiving TCP/IP message in plaintext.

Drawing Route for Car on the Office's Map

This slick robot on Hackster uses stepper motors to know exactly how far it's traveled. Paired with a scaled map of the office (or other room), the user can draw a route for the robot on a scaled floor plan, and the robot will follow the route. According to the author, position error will accumulate over time, so future versions may need to be paired with other sensors to avoid inevitable crashes.

SparkFun.com is Getting a Facelift