SparkFun Gets Weird for Halloween 2017!

Check out a quick wrap-up of our office costume contest!

I had the immense pleasure of hosting this year's company costume contest and — as you might imagine — the fine people of SparkFun brought their premium costume game. We had a little over 20 competitors in two categories: Electronic costumes and non-electronic costumes. Here's how it all went down:

So... you wanna know who won? Well here's how it worked: A first and second place prize was awarded for both the electronic and non-electronic categories. There were also three special mentions for the fiercest runway walk, the spookiest costume and the best DIY prop/accessory. And the winners are *drumroll* 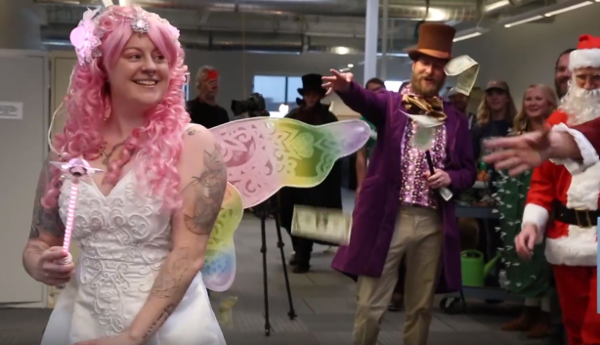 Angela was inspired by the end scene in Sleeping Beauty where the fairy godmothers are fighting over the color of Aurora's dress. Her wand houses a color light sensor which samples the color of whatever it touches and then both the wand and the headdress become that color! The crowd reaction was fantastic and this is an ongoing project, next she plans to get the LEDs in her dress to change color as well! 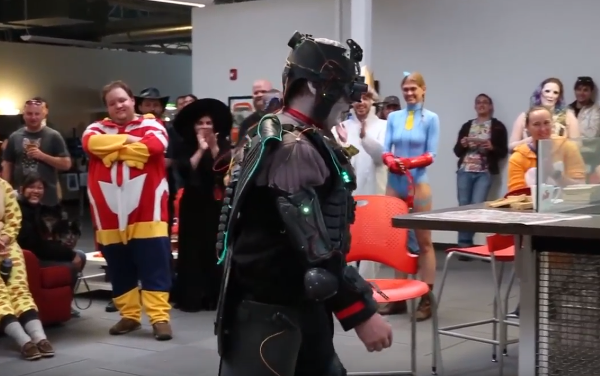 Lower your shields and surrender your ships! Evan's Borg costume was as unsettling as his (their?) Borg impersonation. Evan assembled sports equipment, plumbing supplies and various custom greeblies into this very convincing Borg member/victim. There are various servos, LEDs and Spectacle components under the hood making things tick. As an added bonus, he started out the day dressed in Starfleet attire and was assimilated throughout the day! 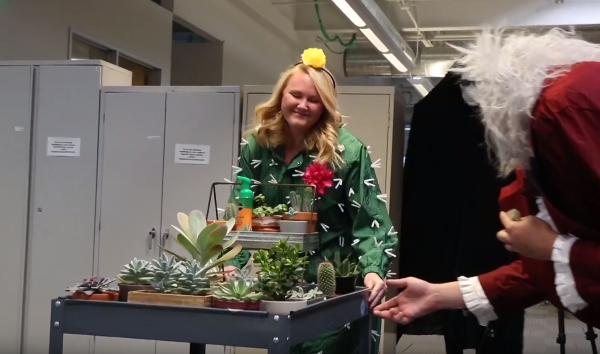 Anna must have abused a hot glue gun to within an inch of its life in order to get all of those pipe cleaners attached, but it was all worth it. She was the friendliest cactus I ever did see and she brought all her cactus pals along for the ride. She says this was a last minute costume idea that she executed over the weekend! Not bad at all! 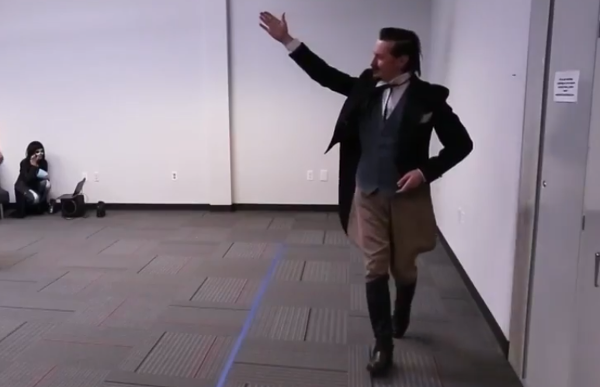 Pete hocked is wares on the runway paying homage to the absurd and — frankly — terrifying history of the traveling medicine man. It wasn't so long ago that anyone with even the meekest trappings of knowledge or authority could sell any old potion or elixir and claim it was medicine. This practice continues today in varying shades, a fact that Pete was quick to acknowledge as he sold us all on his bottle of "Madame Paltrow's Olde-Timey Horsesh--" 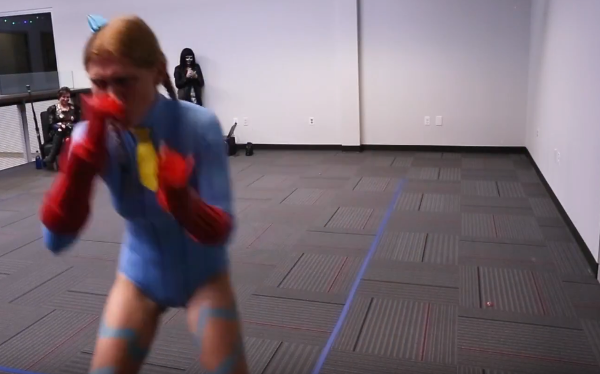 FIGHT!!! This costume was a lovely tribute to the second female character introduced to the Street Fighter franchise. Eschewing her MI6 uniform and returning to the "Killer Bee" assassin outfit, Megan kicked, chopped and punched her way down the catwalk. FINISH HIM! 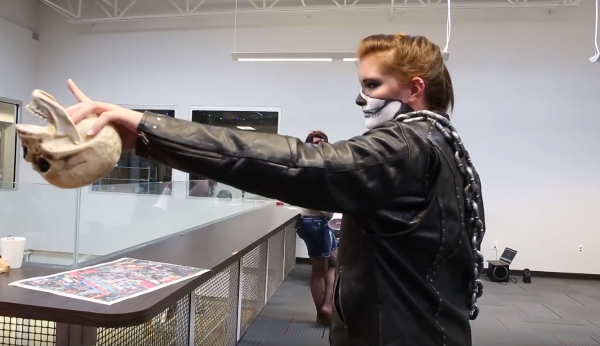 Jenn's strategy seemed to be intimidation in her assuredly badass Ghost Rider costume. She even brought her own theme music! Her bike wouldn't have fit in the elevator, so it didn't make it to the runway but I think I speak for all of us when I say I do not want to run into her on the highway... 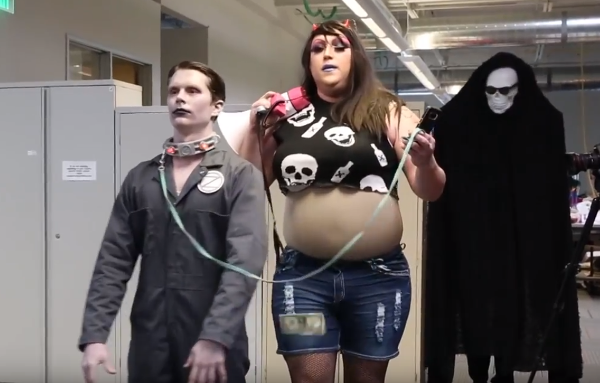 Poor Shawn didn't have the brains to walk himself around the runway. It's not his fault, that's just #ZombieLife. Fans of the massively under-appreciated film Fido will recognize his excellent reproduction of the ZomCon Remote Control Collar. Made from 3D Printed parts, wire loom and LEDs, this collar was a spitting image of the movie prop. Add to that some gray makeup and a ZomCon jumpsuit and you have a terrifying zombie helpful household companion!

Leave us a link in the comments section so we can all see what kind of awesome costume or props you put together for Halloween! Also, check out these photo albums of SparkFun's Halloweens past: