Using a Raspberry Pi to do augmented-reality projections

In my past work as a developer, I've done some work with Python, and played a bit with computer vision. I thought it would be fun to explore what I could do with the camera module for a Raspberry Pi 3B+, as well as a cheap-o projector I picked up on Amazon a while back.

When I started this project in the latter half of 2018, the holidays were fast approaching, and what better to do than a SnapChat filter-like projector that puts a Santa hat on any faces it found? Fun photo booth anyone?

If you're at all curious about Python, face tracking and feature detection, camera calibration, or projection mapping, check out the complete writeup and explanation of the project below! 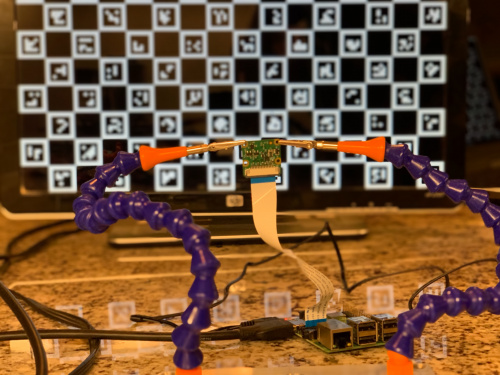