Once again, electronic gadgetry gave SparkFun an excuse to launch stuff through the air - this time, it was pumpkins! We're also announcing a new contest - the Hack-o-Lantern competition!

Ahhhh, October. Fall is in the air, football season is in full-swing, and pumpkins and corn cobs are flying through the sky as if launched from a M198 Howitzer.

Yes, you read correctly. A few weekends ago, a group of SparkFun employees were on hand as Jon Dory from Something From the Farm demoed his corn cob cannon and his pumpkin launching trebuchet.  That is some heavy artillery!

We first got wind of this arsenal when Landon Cox, long-time customer turned supplier, mentioned a pumpkin trebuchet up in Ft. Collins, CO. It turns out Jon (the monster trebuchet creator) was actually a new SparkFun customer after needing a PIC relay board to control his amazing corn cannon. We got to try out his maize launcher first-hand, and let me tell you - it is a sight to behold. At the touch of a button, the corn cannon uses compressed air to launch a whole corn cob up to 300 feet. Amazing stuff! 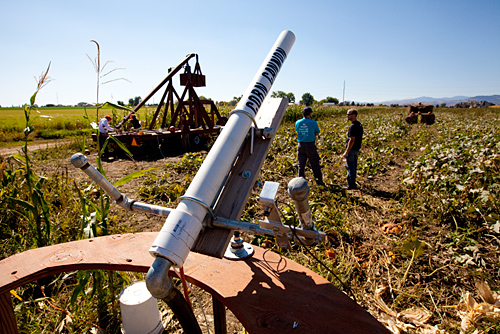 Jon is ready to lead the veggie revolution with his arsenal of agri-weapons!

Landon suggested we use the trebuchet (and a pumpkin) to test the crash worthiness of his hardy chameleon enclosure. After much prodding (aka, mentioning it to us once), we agreed. 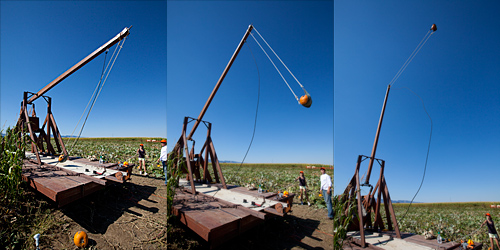 Built just like its counterparts from the Middle Ages, this device uses the laws of physics (and 650lbs of concrete counter weight) to propel pumpkins hundreds of feet through the air. As if we needed another excuse to launch gourd-like projectiles, we took a record of the data from the launch using a custom-built accelerometer made by Director of Engineering Pete Dokter and a GPS tracker made by Landon. Check out these graphs of what these poor pumpkins go through. 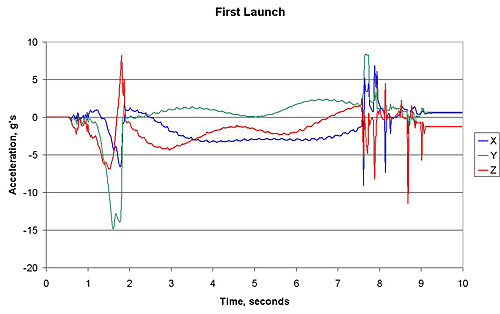 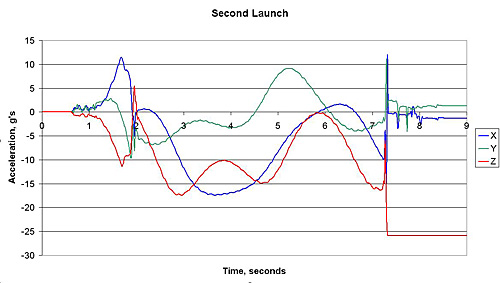 After launching a bunch of pumpkins, we decided to try launching an out-of-commission phone. Pointless? Probably. Entertaining as heck? You bet. Check out this video compilation of the day!

We'd also like to give a plug to Something From the Farm. We recommend them for all your jack-o-lantern needs. Not only do they have a great selection of pick-your-own projecti...er...pumpkins, they have some sweet corn mazes, bonfires, hayrides, and will let you try out the trebuchet. Plus, to get your adrenaline pumping, their corn maze turns haunted at night! Spooky! Thanks again, Jon! 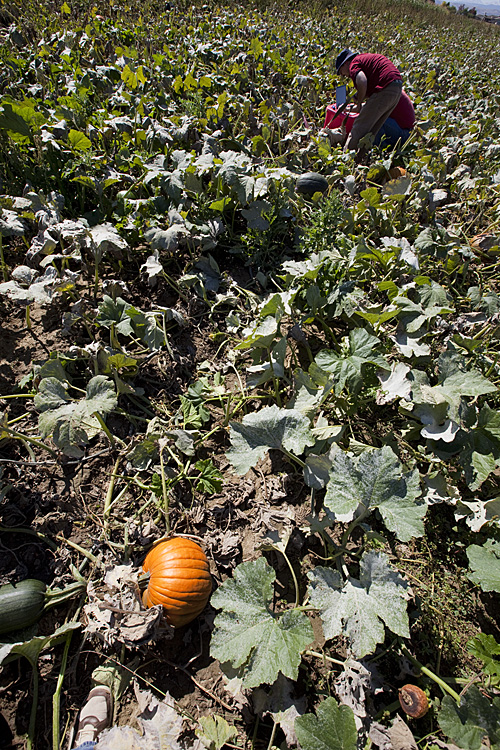 Landon Cox also has a great post on the GPS tracking data he recovered and some great analysis of how to cover an enclosure with pumpkin goo.

We are also announcing the SparkFun Hack-o-Lantern Contest. This is a competition to see who can build the best/coolest/most creative "hacked" pumpkin - basically a pumpkin that is enhanced with electronics in whatever way you see fit! Here are the rules:

1. You have to document your build with photos or video and a parts list. We want to see what you did to make your awesome pumpkin!

2. Your project must involve two things: a pumpkin (a real pumpkin, not a fake one and certainly not an alternative rock band) and home-brew electronics (though they don't have to be bought from SparkFun).

3. Submit your project to marketing@sparkfun.com by 5 PM Mountain Time on October 29th, 2009. Include in your email a link to your documentation.

We will judge the pumpkins and announce the winners on October 30th via our homepage. The prizes will be:

May the best gourd-like squash win!