We've got a couple new tutorials! 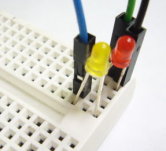 Ryan has written the first tutorial for the Arduino Starter Kit. The tutorial is really basic, but that's the point! We want to show people that Arduino is a very simple way to learn physical computing. We take you through all the basic beginning steps answering questions such as 'What's a Sketch?', 'What is commenting code?', 'What's an integer and why do I care?'. We even throw some homework at you!

For the more advanced programmers, we've got a tutorial for you too! If you've got an Arduino and would rather use straight C or other language and skip using the Java-based Arduino IDE, we wrote a tutorial to show you how to do it! Notes on the STK500 Serial Bootloader goes over a handful of tips and tricks. 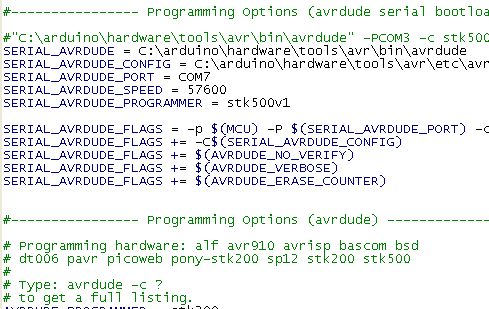 With a few tweaks of the stock Makefile, we show you have to reprogram an Arduino or ATmega328 over serial! With or without the Arduino IDE. We <3 Programmer's Notepad and WinAVR so this little trick makes reflashing the micro much faster! 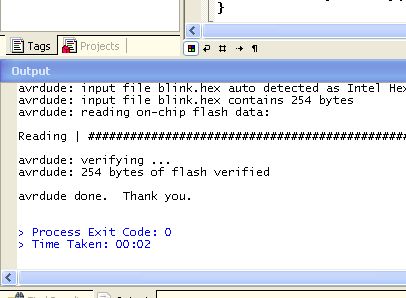 Through some changes in the makefile and a hotkey, we'll show you how you can simply hit 'F10' and reprogram your Arduino board quickly and painlessly! Pushed up to 115200bps, the serial bootloader is much faster and more reliable than my MKII ISP or AVR-PG2 parallel programmers.

Check this out! We also found a trick inside the makefile so that you can view how much flash space your code takes up. This is really handy whenever you're pushing the limits of the AVR flash space with FAT32 or long printf statements. Remember: the bootloader takes up 2K, 6.25% of the ATmega328 flash space so if your program is much bigger than 90% full, you'd better be on the lookout for really weird behavior (if your program jumps to the 95% spot, it will end up in the middle of the bootloader instead of your intended program code!).

Look out! SparkFun is now an official sponsor of Copenhagen Suborbitals:

Can you believe they're using our Logomatic (many of them actually)? They use the Logomatic and a handful of GPS and accelerometer products to monitor and record a smattering of sensors. They're test firing their next engine this weekend! 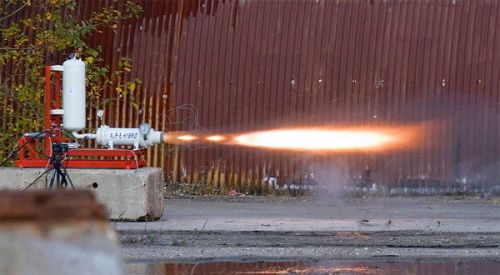 Congratulations Thomas, Kristian, and Peter! And good luck this weekend.
View Comments (2)
Share
Use this URL to share: