Today we have a special treat for you - a sneak preview of one of our latest products before we release it! See why all our testers gave it five stars...

Have you ever had problems trying to daisy chain Qwiic-enabled boards with only ONE Qwiic connector? Or maybe you need a Qwiic-enabled device that is not in the middle of a daisy chain? The brilliant minds from our SparkFun engineering team have come up with a solution through rigorous testing... introducing the Qwiic MultiStar! 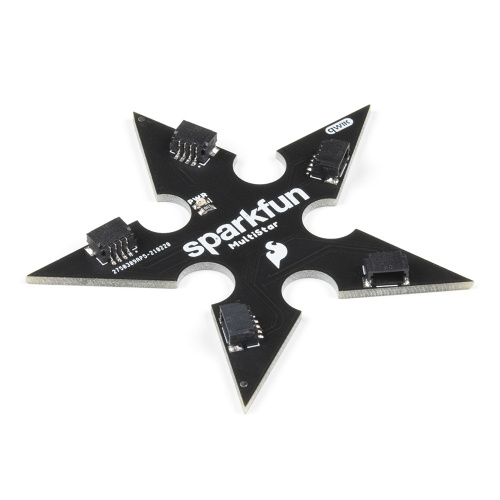 Let's take a sneak peak at the fabulous five features of the Qwiic MultiStar!

Gone are the days of splicing together wires with a cutter, wire stripper, soldering iron and heat shrink (even electrical tape) to make a connection to boards that only have one Qwiic connector. 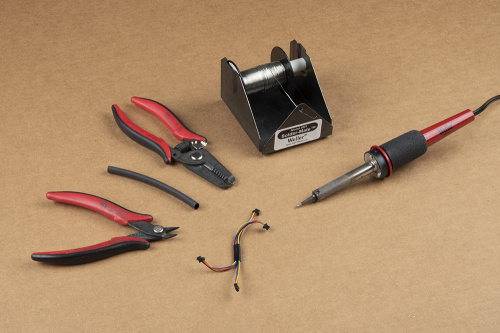 Save time by chanting the number of Qwiic cables that you need and throwing the Qwiic MultiStar at a long Qwiic cable! 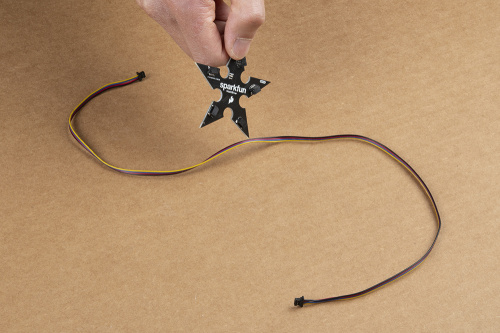 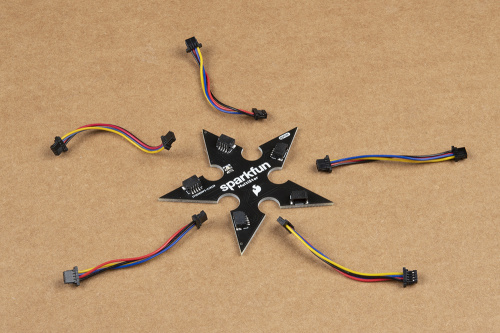 Expanding on Boards with One Qwiic Connector!!

Depending on the design, there may only be enough room for one Qwiic connector. With the Qwiic MultiStar, you can connect these boards with ease without the need to splice wires together! In addition to chanting the number and throwing the board at the cable, make sure to also have your Qwiic-enabled devices nearby to automatically connect your project together! 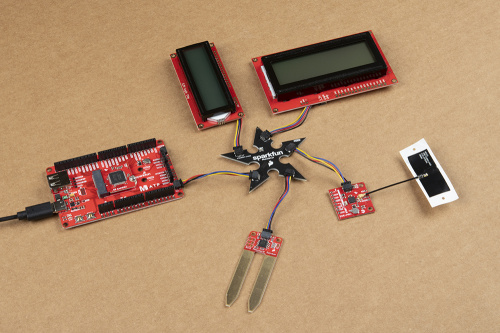 The Qwiic MultiStar can also be used as a hub so that you do not have to place the board with one Qwiic connector at the end of the daisy chain. 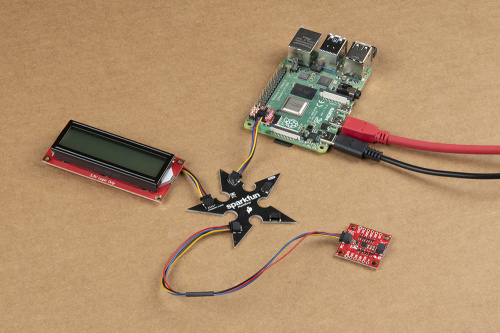 Remember the leftover PCBs from LilyPad boards that were thrown up at the ceiling in the previous SparkFun HQ building? Or those LED throwies from way back when? We thought it would be an excellent to build on these ideas by making sure the Qwiic MultiStar was extra pointy so that you could mount your project to the ceiling or wall! Just make sure to wear a pair of safety glasses and ensure that there isn't a person in the Qwiic MultiStar's path as it's being thrown. 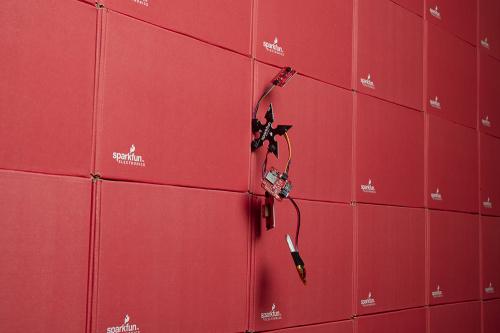 I'm great at dancing but really bad at climbing. Luckly, I had the Qwiic MultiStar with a Qwiic cable to help. 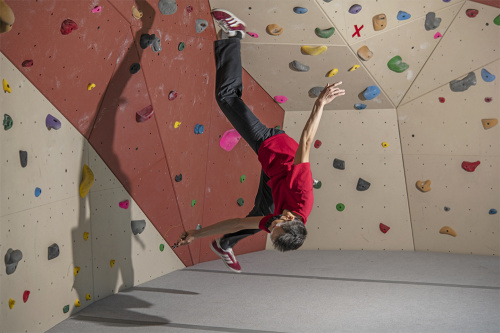 By throwing the Qwiic MultiStar and attached Qwiic cable at a wall, any Qwiic cable connected will become infinitely stronger. The tensile strength is off the charts! Once thrown at the surface of a wall, the cable will hold your weight so that you can scale walls! 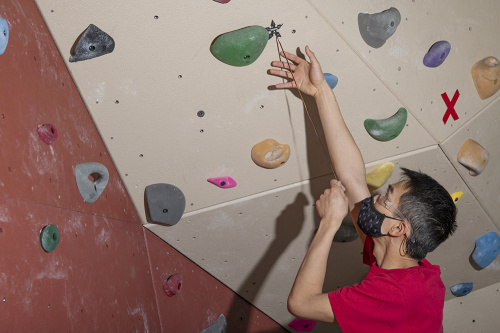 We're still trying to figure out where the Qwiic MultiStar draws its powers from to splice Qwiic cables, hold its shape when thrown at a metal wall, and strengthen cable wires. Is it from the power of the sun? Dark matter?! Magic from another dimension?!? One thing is for sure - you'll love this outstanding product for your next Qwiic project! 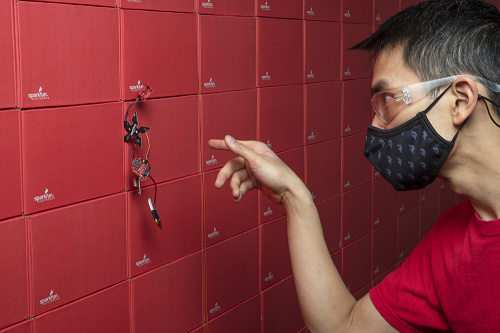 April Fool's Note: Sorry, not sorry, for the click-bait. ;) Unfortunately, the Qwiic MultiStar is not a real product that can divide a Qwiic cable into smaller pieces, automatically wire your project together, or increase the strength of wire to help you scale walls. We also do not recommend throwing your projects at a surface to mount them.

In all seriousness, we did release this product in a slightly less dangerous form factor. The Qwiic MultiPort only solves the problem of connecting boards with only one connector and providing an alternative to daisy chaining Qwiic-enabled devices. 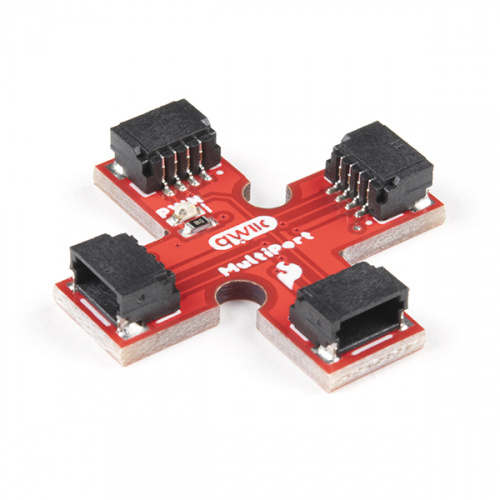 The Qwiic MultiPort adds additional ports to boards that have only one Qwiic port on the I2C bus.

BERT Machine Learning Model and the RP2040 Thing Plus