We scared them off... this time.

tldr; The patent troll Jason Nguyen of Altair Logix couldn’t shake us down so he dropped the case. It cost us $12,645.

You can read our first post about this troll and other forms of extortion here.

Lesson #1) Find an attorney that’s as pissed about this as you are. We originally started with an IP firm recommended from our primary attorney. This firm was a poor fit for our case. At the same time, I had emailed the EFF on a Hail Mary and to my surprise, got a response! EFF FTW! They passed our case on to Joe Mullin who recommended we talk to Rachael Lamkin. After a few discussions with Rachael, it was an obvious fit and we were off to the races again. We should have done more homework rather than just hoping our local counsel, while excellent at solving day-to-day issues, could take care of a patent issue.

Lesson #2) Fight like hell. Every time a company settles it just funds the trolls to wreak more havoc. This is especially true for companies larger than $100 million in revenue. I’m looking at you Texas Instruments, VIA Technologies, Renesas, ASUS, Caterpillar, Nuvision International, and Netgear, just to name a few of the companies that have dealt with Jason Nguyen’s Altair Logix. When you roll over and pay the trolls it hurts smaller companies terribly. Fight to get the patent invalidated. Fight to hook the troll into the risk of paying legal fees. Use your settlements budgets to fight because the rest of us don’t have settlement budgets.

A good attorney will be able to dig up all sorts of patents that pre-date the troll’s patent. Here is our counterclaim response and affirmative defense to the original lawsuit. Things of note in the affirmative defense is the provenance of the patent ownership in Counterclaim 3: Failure to Mark. Here we can see the patent being purchased and sold through the two decades of its life:

Here you can view Altair Logix’ answers to our counterclaims. The highlighting is ours. Things of note: Altair Logix was formed June 12, 2018, or three months after the patent expired on February 27th, 2018. Patents are really screwed up investment vehicles that change value over time. In this case, Jason, smelling potential money, purchased an expired patent ‘434 from Huawei and then formed a shell company to start suing people. 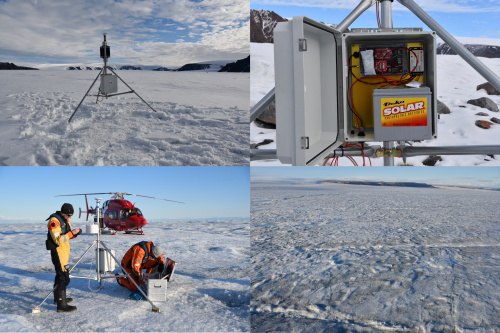 When my kids ask what I am working on, I show them cool pictures of glacier tracking devices in the Canadian Arctic (Devon Island, Nunavut) built with some of the products SparkFun invented. Do you ever wonder what patent trolls tell their children they do for a job?

Lesson #3) Anyone can sign up for Public Access to Court Electronic Records (PACER) to search and retrieve your own legal documents. While I was not privy to the phone calls between attorneys and the assigned Judge Jackson, we can read through the scheduling order to get a sense of the judge’s style. If you’re being sued, don’t feel obligated to get documents from your attorney. Save time and money by getting them yourself at $0.10 a page.

I hope you never get sued by a troll but if you do, take a deep breath. Realize you're not powerless. The more we all realize that and the more we band together, the more they go away.