Sketching in Hardware is an annual event where you'll find some real heavyweights in open source hardware, along with educators representing some of the most remarkably high-ranking schools in the world. Presented by Mike Kuniavsky of ThingM fame, the event is three days of presentations of, and discussions with, all of the attendees on the subject of "the design and use of physical computing toolkits". For the last x-number of years, our fearless leader Nate has attended. And every year he comes back with about a zillion new inspirations. Well, this year he was busy and couldn't make it. Aw... big frowny face, buddy. Instead, myself and fellow engineer Ryan Owens got to go.

Now, I'll admit, I was initially somewhat (quite) intimidated. The thought of giving a presentation to a group of extremely tech-savvy individuals, shall we say, gave me pause. But most of that would drop away once the conference began and everybody got their geek on. That, and Ryan kept telling me to mellow out. 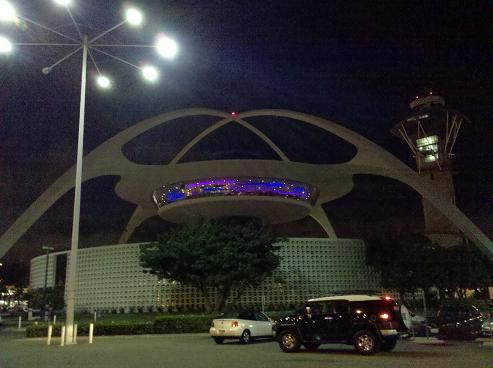 The scene of the crime.

The first two days of the conference was held at the Encounter Restaurant (the music that plays on their page is the same as what plays in the elevator), situated in the middle of LAX. The decor was sort of a '50s era space-age techno-art, if you take my meaning (you can sort of tell by the blue and purple lights in the above pic). And it was a perfect location, well representing the general feel of the event. The third day was held at Art Center College of Design's Wind Tunnel Studio, in Pasadena, CA. Presentations ran from 9am Friday, July 23 to 3pm Sunday, July 25, and ranged in topics from simple and subtle to quite technical and abstract. All of them informative and all of them thought provoking. And a lot of them had red boxes. How freaking awesome is that? 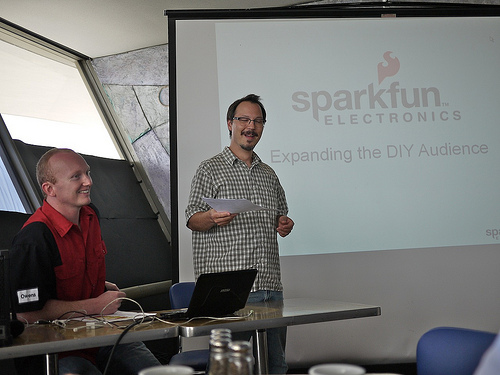 Ryan and I doing the SFE dog-and-pony show

There was much discussion on the topic of open source hardware and its current state in the world, and much discussion about how SparkFun could continue to play a part in the continuing development. Many ideas flowed for new projects, new kits and new products. And at least some discussion about how people love little red boxes. For our part, we presented on the state of the DIY market, how to get the word out to more people and how to better support the community at large.

On Saturday afternoon we had a little break arranged by our host, Mike Kuniavsky. We were split into 6 groups, A through F, and sent to secret destinations that Mike felt would be worthwhile for us out-of-towners to visit. My group, F as it happens (story of my life) went to visit Royal/T in Culver City. Ryan's group (D) went to take a ride on a water taxi at Marina del Rey, and I'm told ended up having margaritas at some undisclosed Mexican restaurant. I might be just slightly envious, but I did have a pretty good latte. Pretty awesome distractions, nonetheless. Thanks again, Mike! 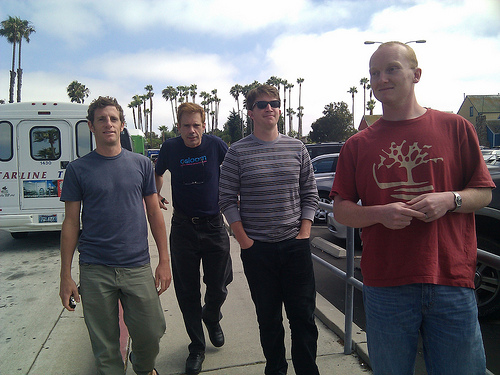 At the conclusion of presentations on Sunday, we did a round of show-and-tell... 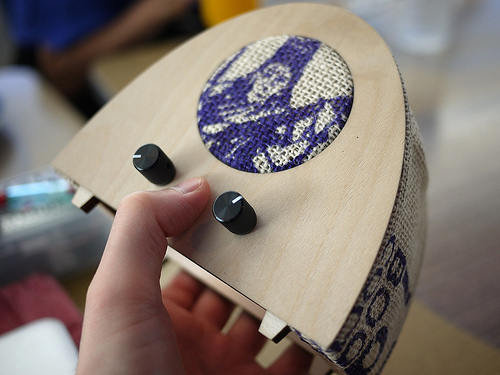 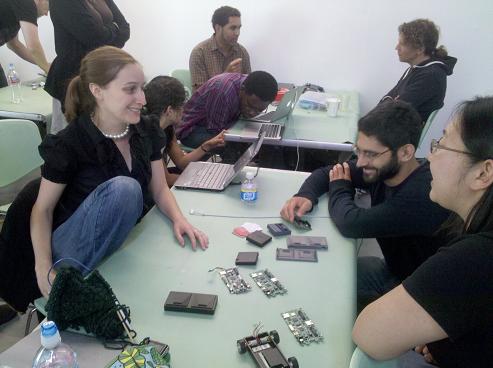 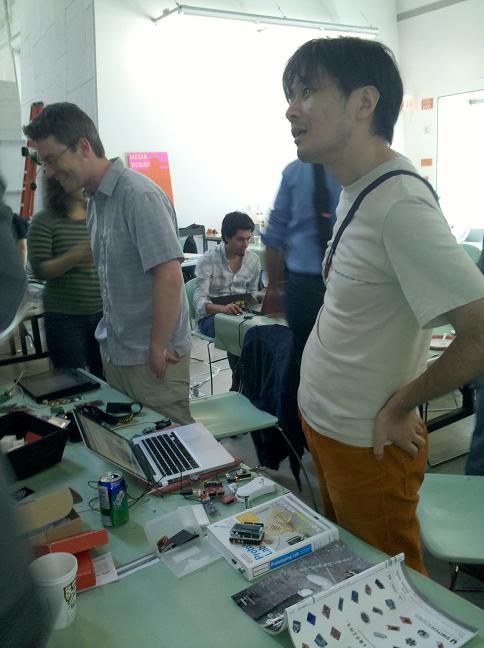 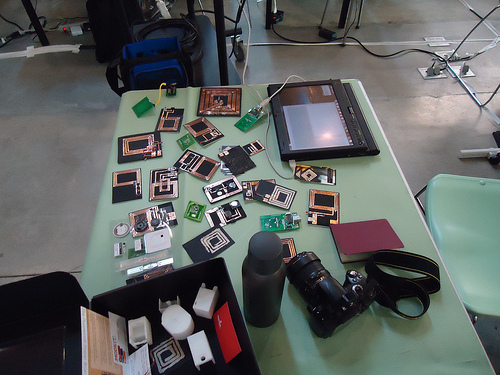 Nicolai Marquardt had an impressive stash of homemade 13.56MHz tags. 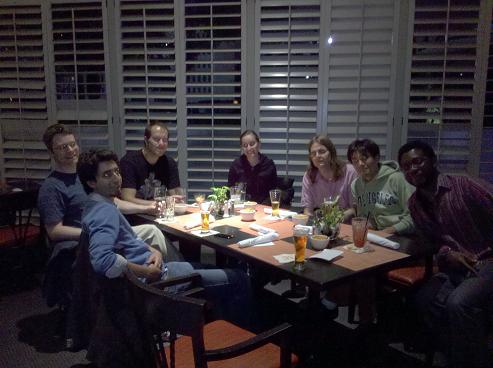 After three days, I come home (Ryan actually stayed for another event) - and I have about a zillion things I need to get moving on. There was a lot of love there for SparkFun and I'm proud to serve this community. It's something I feel really good about and I'm super-excited to know these incredibly creative people. OK, just a little sucking up, sorry about that. But it really was that cool. Thanks to all for letting SFE be a part.