The quintessential mad scientist's lab always has a few standard items - beakers filled with some poisonous-looking liquid, a dangerous looking bunch of exposed wires, and maybe a table with some sinister looking straps for revitalizing the dead - you know, the usual. One of the items you commonly see is known as a Jacob's Ladder. While you might not know them by name, you surely will recognize them - it looks something like this: 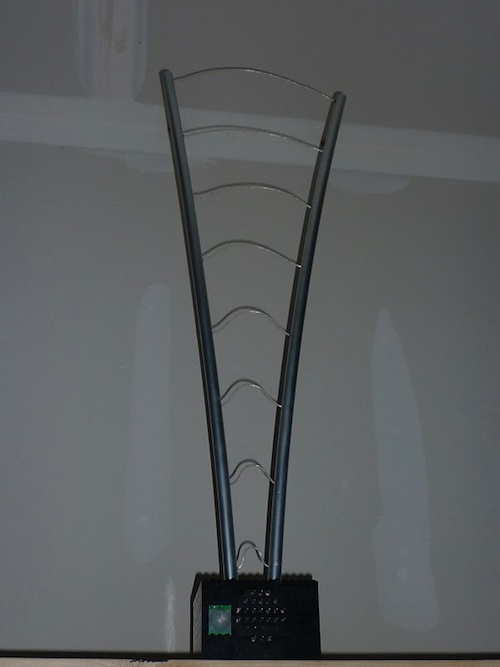 Paul knew he wanted to be a mad scientist for Halloween. Rather than just wear a white lab coat (like this one!) and call it a day, Paul wanted to make sure he had all the props to make his costume believable. In true geek fashion, he knew a Jacob's Ladder would add just the right amount of street-cred to his costume. But Jacob's Ladders are a tad bit dangerous - while visually awesome, that arc of electricity packs a powerful punch and an unsuspecting child trying to touch it could lead to some nasty results. 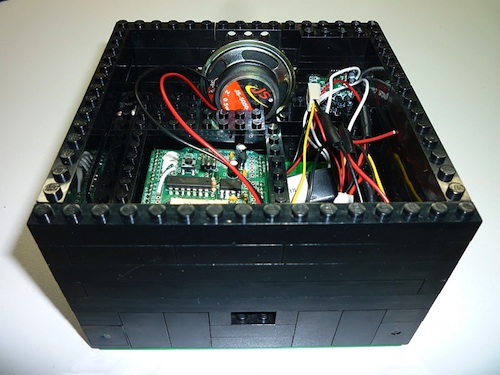 So Paul did what any self-respecting electronics tinkerer would do - he thought outside the box. Using the SparkFun EL Sequencer and some EL wire (plus other gadgets), Paul built a "Jacob's Ladder" that looks the part, but won't be sending anyone to the hospital. Paul does a great job of documenting his build - check out his website for more info. Great work, Paul!