Find us now on Google+.

For a while now, SparkFun has had a presence on various social media sites - we have a Facebook page, a Twitter feed, and a Flickr page. We've had several requests from our customers to create a Google+ page - and now we have one! Check it out! 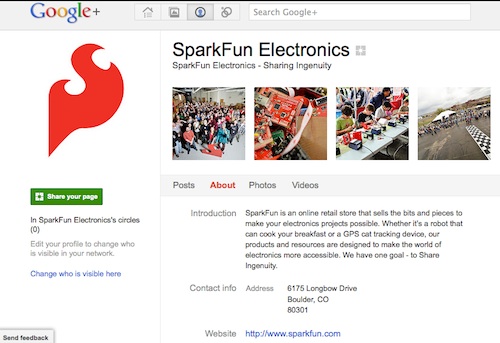 Like our other social media, we'll use Google+ as a way to keep in touch with our customers, get feedback, promote events and classes, and just interact with our great customer base in a new way. The page is a work in progress and right now, it's missing the most important part - you. So check it out and add us to your circle! Cheers!