Introduction to Using openFrameworks with Arduino

Check out this tutorial about using openFrameworks with your Arduino.

Today we have a tutorial all about using openFrameworks with Arduino. openFrameworks (which we'll refer to as oF from here on out) is a handy software library written in C++ that is designed for the sole purpose of reducing the software development overhead faced by designers and artists that would like to create pieces that use various media (graphics, sound, video, electronics, etc.). On the surface, oF seems very similar to Processing, but there are some key differences that can possibly make oF more suitable for your particular application. 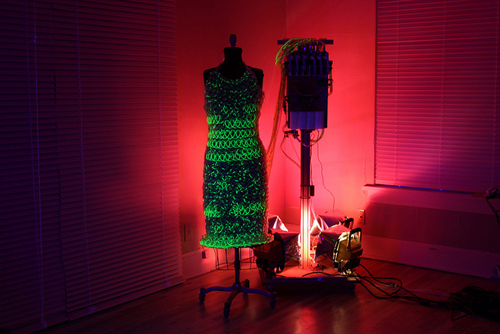 In this tutorial titled "Introduction to Using openFrameworks with Arduino," SparkFun Engineer Chris Taylor goes step-by-step through the process of installing openFrameworks, getting programs running with it, and then using the oF software libraries to communicate over USB with an Arduino UNO. He also explains some of the key differences between openFrameworks and Processing, which will hopefully help you decide which one is right for you. Check it out to learn more!

Turning Your Pro Micro Into a Keyboard

How's the Air Up There?

SparkFun Sales and Deals of the Week

Get Started with Electronics