We're heading to Columbia, SC at the end of the month to speak and host workshops at the Palmetto Open Source Software Conference!

In a couple weeks, a few of us SparkFunions are packing up and heading to the Palmetto Open Source Software Conference in Columbia, SC (POSSCON). We love attending events like these with like-minded open source enthusiasts, and this one promises to be no different. POSSCON is the open source conference in the south, and we're looking forward to meeting and talking to as many open source geeks, visionaries, beginners and experts as possible! 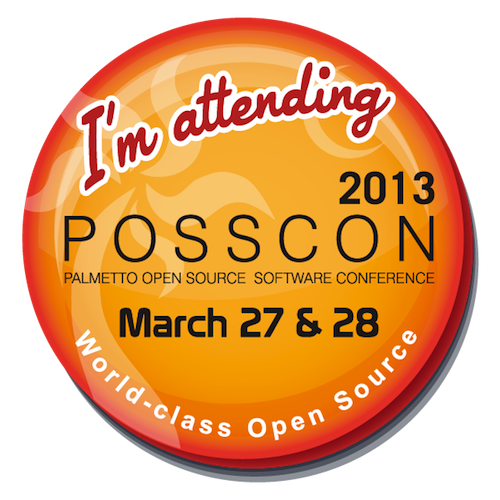 But wait, THERE'S MORE: Not only are we going to hang out, but we're also going to be (drumroll) teaching some workshops and speaking about a couple things we know a couple things about! And you can come! Check it:

On the first day of POSSCON, Education Lieutenant Linz Craig will discuss open-source education, the emerging definition of open source education in connection with SparkFun’s upcoming National Tour, and helping educators bootstrap their tech and STEM education efforts. His discussion will highlight how to effectively use open source in education, as well as its pitfalls and advantages. On the same day, IT Czar Chris Clark will be speaking on using GitHub for open hardware. He'll cover the risks and rewards that come with open sourcing hardware projects using a highly collaborative platform like GitHub, as well as how we use it as an internal and external filesharing system to interact with our customer base, engineers and developers within SparkFun. 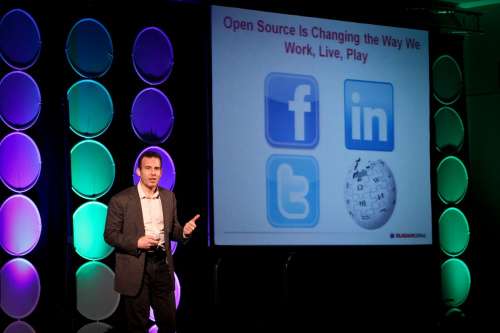 The next day we'll be hosting two workshops and a demo for 30 attendees. The first workshop will teach through-hole soldering with the Simon Says kit. The second workshop will add an FTDI to the Simon to cover five basic concepts in an Intro to Arduino programming class. For the final demo, class participants will add an XBee Series 1 to their Simons, and upload new code to play Wireless Battle Mode against each other. 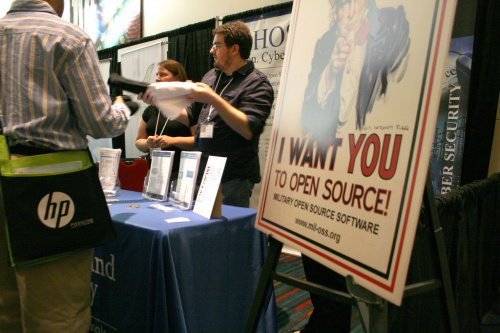 Photo taken by TJ Maynes and courtesy of POSSCON

POSSCON is hosted by IT-ology - a really cool non-profit center dedicated to open-source IT skill development (on a side note, we've done workshops with IT-ology before and their computer lab - which runs on Ubuntu - is one of the smoothest and most well-supported we've ever seen, and we'd LOVE to see more of that level of IT support in other labs!). Conferences like POSSCON are essential to the future of open source - they bring together people with a well of knowledge and resources, and you'll run into a ton of people with a lot of tech knowledge, as well as infrastructure knowledge. In the burgeoning open source movement, organization is one of the hardest aspects because you don’t have the same level of control over your resources, so POSSCON is a huge boon for anyone who’s just getting into open source, or wants to learn how to make their open-source efforts more efficient.

To attend POSSCON or register for one of our workshops, visit their ticket site here. We hope to see you there!

According to Pete - The Adventures of Little Dude

Q & A with Geek Express