Enginursday: For those of us on Macs

A quick roundup of some of the more useful programs I have found being a tinkerer with a Macintosh Computer.

Before I get into this, I just want to announce our new twitter account for engineering; @SFE_Engineering. The account will be a way for us to show you guys what we're up to, where we are going, and the occasion off topic twitter thread before we're told to knock it off. So come for the engineering news, stay for the dogs in silly hats. 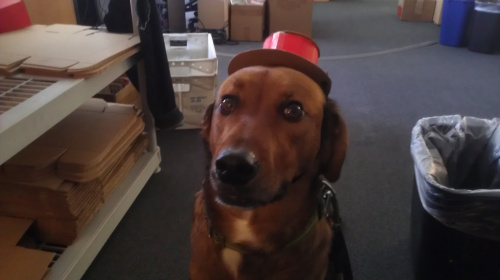 Every Monday morning, I sit down in the largest conference room at SparkFun, unpack my Macbook Pro, the power adapter for it, and the VGA interface cable to connect to the projector in anticipation for pitching new products to the engineers. More times than not, I'll receive some form of ridicule for some feature of OSX (or for the fact that I use Yahoo as my homepage). I usually retort with something along the lines of "I'm going go to the Genius Bar and tell them what jerks you guys are" or something playful like that.

Engineering types have relied more on Windows and Linux than OSX machines up until now. Rightfully so, most of the higher end software does not have OSX compatibility. But what about those working on the hobby or tinkerer level? We're probably not going to need a seat of Solidworks for our home automation project or a QuadCopter. Don't get me wrong, it would be nice, but not necessary. Even if we did need something like that, a utility called Boot Camp allows users to run Windows on Macintosh computers. However for most tinkering and hobby level electronics, the expensive stuff is not needed.

There are a few programs that would be difficult to get by without that only run on Windows (or are better suited for hardware on Windows). Again, while Boot Camp can cover this, running Boot Camp for some of these programs can seem quite overkill. Luckily out of necessity, people have created Mac versions of those programs. Based on my personal observations, the amount of tinkerers and hobbyists using Macs is on the rise. When we first started teaching classes at SparkFun, you would see one or two Macs in the crowd. As I'm writing this, the class in the classroom is comprised of people using Macbooks with one person on a Windows laptop.

The most popular tinkerer programs such as Arduino, Processing, Eagle, Fritzing, and Scratch are all thankfully cross platform, so there aren't issues here. The first thing most people run into is a useable terminal window for hardware. While the OSX Terminal Emulator works well for the software side of things, it's not the greatest for serial communication over USB. That's where a program called Cool Term came in for me. With Cool Term, I was able easily set the baud and stop bits of my device and stream data in an extremely readable manner, something that would have taking a lot more work and frustration in the OSX terminal window. It also includes a ton of great features you wouldn't see in the standard Windows terminal emulator that are perfect for working with the sort of hardware tinkerers use. 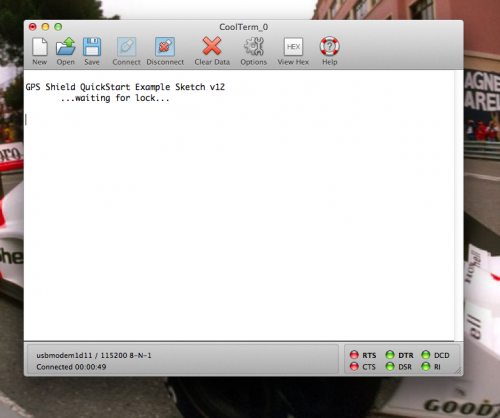 Another example of a Mac incompatibility issue I ran into happened a few years ago when working with XBees. Those who have will know that the Digi XBee configuration software, X-CTU only runs on Windows at the moment. Now, since the last time I needed to do any XBee configuration, a company called Moltosenso has come out with a great cross platform program for configuring XBees that works on OSX. However, a few years back, the program XBeeConfigTool was made out of necessity as the only other option was working in a terminal Window or Boot-Camping X-CTU. This program, made by Shigeru Kobayashi (of FIO fame), is an easy GUI for configuring XBees on OSX machines (it's also works for Windows). One of the biggest benefits of it is the ability to quickly configure XBees to wirelessly load sketches to Arduino boards (specifically with the FIO). 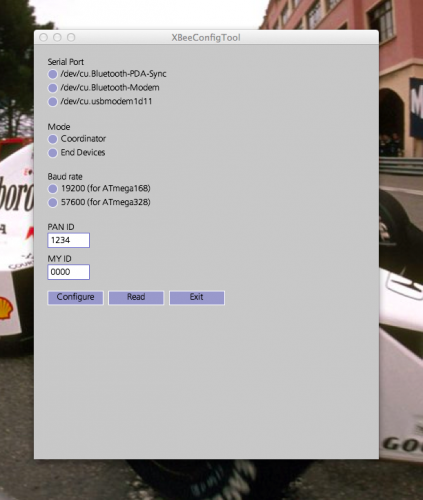 Further in, the topic of iOS comes up. This becomes rather tricky as the host-slave debacle of tablet devices makes it difficult to work with hardware on a tablet. At the moment, I am unaware of any programs that would let you program a board like an Arduino over iOS. The majority of the applications are reference based such as Circuit Playground or others that allow you toggle pins or receive data over a Wifi/Ethernet connection.

In closing, I'd like to ask you Mac users out there what programs have you found helpful in your endeavors of making, tinkering, hobbying? Also, what would you like to see in terms of OSX support in the near future? Load the comment section up. This is actually more of a personal appeal than anything else. It's rare to find a good applications list among the community, especially for OSX.

We Have It In Stock