Registration is open for AVC 2014! We're also announcing some new rules and changes for this year.

AVC is back and we've made some improvements to everyone's favorite robotic challenge. If you're not familiar with AVC (or Autonomous Vehicle Competition), it's SparkFun's yearly competition where we let you put your autonomous creation through its paces. This year's competition is going to be June 21st, and will once again be held at the Boulder Reservoir. Check out the recap video from last year.

Registration is now officially open, so head on over to the AVC website and get your robot registered for 2014! Registration has been updated a bit for this year, so make sure you double-check all your information. Also, students teams are encouraged to register! There are special awards just for student teams, so let us know you're a student team and what school you're associated with when registering. Although the courses and scoring are remaining largely the same as last year, we've made a few minor tweaks to the ground and aerial portions. For a refresher, here are the full rules for 2014. Now let's talk about the changes we've made for this year. 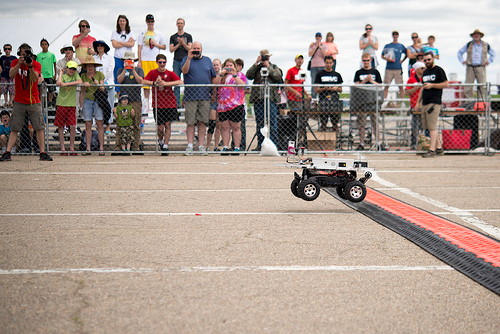 We're adding a new feature to the ground course this year that will make the GPS haters (and anyone competing in the Micro/PBR class) happy. We will be adding a line through the course, so you no longer have to rely solely on GPS for navigation. The line will snake through the course, avoiding obstacles, and ultimately end up at the finish line. Coming soon, we will have a course preview video that will show exactly what this line looks like. But for the time being, we can tell you that it will be a white spray chalk line (similar to what's found on football fields, etc) that will be on the course. It may have some curves, breaks, or other tricks. Generally speaking, it will get harder as the course progresses. 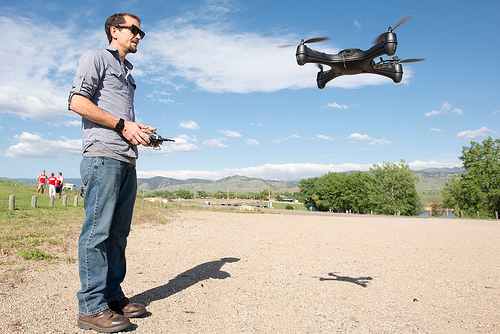 The first change for the aerial competition will be class designations. This year, there will be two aerial vehicle classes, fixed wing or rotating wing. So quadcopters will be competing only against their own kind; and fixed wings will be competing only against other fixed wing crafts. Not only does this mean you are only competing directly with similar vehicles, but there will be two pools of prizes, so your chance of winning is better!

As we alluded to in our previous AVC post, we needed to make the aerial competition more challenging. When we were planning for 2013, I distinctively remember almost scratching the idea of the wicket or the aerial drop because we thought "no one's going to try that." We were dead wrong.

This year we are introducing a new obstacle, the Red Balloons of Death. We will be randomly placing 3 large (roughly 10' in diameter) red balloons somewhere in the aerial course. We're not telling you where. You are allowed to avoid them, but if you choose to destroy them you will get extra points. You get 25 points for making contact, and an additional 25 points (for each) if you manage to destroy it. Last year was the first year we held the competition over water. Ironically, it was the first year we didn't give out a water hazard award. This year, I REALLY want to give out this award. If you figure out a way to fly through balloons and still stay up in the air, bring it. 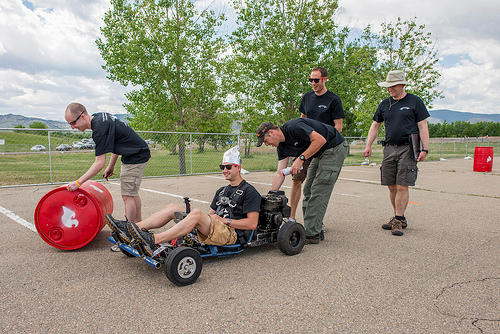 AVC is always a lot of fun for everyone involved, and we highly encourage you to show up, even if it's just to watch. The event is free to attend, just make sure you register over at the AVC website as a spectator. At the very least, you get free entrance to the Boulder Reservoir. We once again are not capping the registration for entrants, so if you want to compete, there's no rush on getting a spot. Just register when you're ready!

Check out the LIDAR-Lite Distance Sensor

Enginursday: Adventures in Building My Own Workbench