A quick overview of the neat stuff seen at the 2014 Open Hardware Summit. 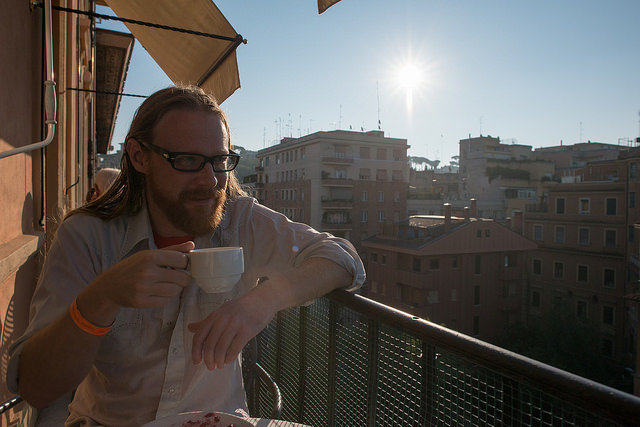 Matt in awe of the Roman skyline

For those of you who weren't lucky enough to catch the live stream, here's a quick recap.

One of the major things that seemed to be on everyone's mind this year is the service FabHub. This site allows you to find manufacturers all over the world that will fabricate any digital files you can provide. It's a really interesting tool that hopefully will be of some use to you all! One of the presenters, Nick Ierodiaconou, did a great presentation on WikiHouse and Open Desk, two awesome open hardware sites for house blueprints, and furniture blueprints to fill your newly built 'open' house! These were initially helped out with the use of things like FabHub, so definitely check it out if you haven't yet. 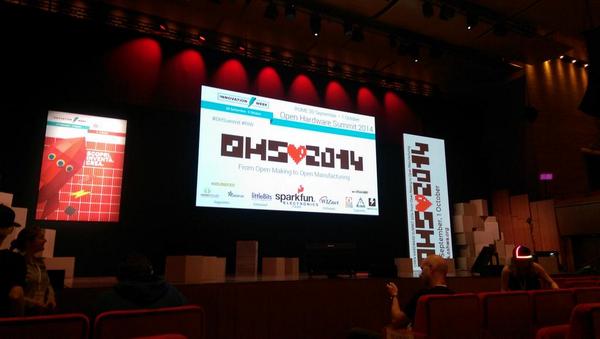 Hey, there we are!

In her talk "The Gleaner’s Economy and Liberation Technology," Allison Burtch brought to light a really interesting new app site called Dumb Store. This is an open source app site filled with useful tools for 'dumb phones.' While the Internet of Things is great, it was wonderful to see that the Open Hardware community isn't totally ignoring the usefulness of the basic tools that started this whole crazy thing, and is working to still be inclusive to those who may not necessarily have access to the shiny new technology available.

Finally, Tristan Smith gave a talk "EcoHacking the Future," which was overwhelming in the number of neat open source projects that I had no idea existed. Not only are there now tools like Farm Bot for open-source farming equipment, there are also new repositories popping up like OpenFarm, which will teach you to grow anything.

For those of you who are also fans of local food, you can check out the resource Falling Fruit, which will show you what fruits and vegetables are in season and ready for harvest in your area. You can also help support the Open Source Seed Initiative, which is working to maintain seed genetics as an open source material.

There were plenty of other wonderful speakers and interesting new tools being developed, but these are just a few of the ones that I found really interesting. You can check out a full list of speakers here, but if you have any feedback on any of the aforementioned projects or have had any success with them, let us know in the comments below!