Q & A: The PCB Workstation with Articulated Arms

One of our Italian customers took our Third Hand Kit and kind of sort of actually made it cooler.

We host a project submission form on the SparkFun site to get a glimpse into the awesome projects our customers are working on, and sometimes one comes across our desks that we find so intriguing, we have no choice but to dig deeper. A couple months ago, Giuseppe Finizia sent us some info about a modification project he's been working on as the senior analyst of the Electronic Forensics Unit of the Carabinieri (Italian police). Giuseppe had been using the SparkFun Third Hand Kit and decided he needed something more specialized for his work, so he built The PCB Workstation with Articulated Arms. We contacted him to get more information about the whats and whys of his inventions; read on to learn more!

Tell us a little more about your project and how it came to be.

I am a Computer Engineer and I work as Chief Warrant Officer in the Scientific Investigations Department of the Carabinieri. In particular, I am the Senior Analyst of the Electronic Forensics Unit of the Carabinieri, and I deal with technical investigations on seized electronic devices. I spend almost all day in a well-equipped electronic laboratory. However, very often I feel the need for a tool I could place a PCB on to perform technical assessments, such as acquiring data from a circuit memory, analyzing an I2C or SPI communication bus using a logic state analyzer, and much more. In all these cases, until now, I used the usual "third hand" tool, but then I decided to create a specific tool for my needs. So, I designed this "PCB Workstation with Articulated Arms," with which I can now connect the lab instruments to the individual electronic components to be analyzed. 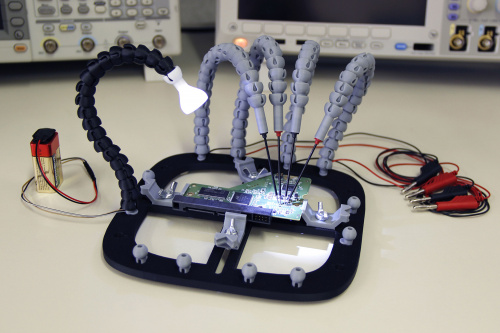 The PCB Workstation with Articulated Arms

During the last few weeks I have further developed this tool, making a set of additional accessories to connect more test clip probes of different types. Also, several improvements have been made, such as using small pieces of heat shrink tube to coat the ball & socket joints, giving more rigidity to the articulated arms, and passing the electric wire through the first joint of the articulated arm instead of the engaging hole of the arm on the base frame. Among the latest additions I made is a terminal element that can accommodate an LED to illuminate a particular area of the PCB. I used a super bright white LED connected to a 9V battery using a 180 Ohm resistor. I have also made a “Bases Linkage” piece that can be used to couple two bases when you have to work with big PCBs. I am still designing more parts as add-on kits, and they will be released as soon as possible. 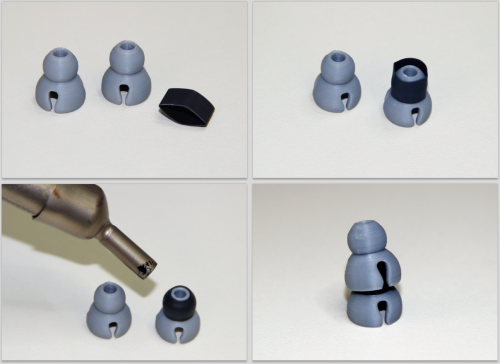 I printed all the parts of this project using my personal ZORTRAX M200 3D printer – a very accurate machine. Some pieces of this project require support structures to correctly build the overhanging parts. All the pieces were printed with full infill except the base, for which I selected a medium infill to minimize any warping.

Can you describe your job in more detail? What kinds of electronics do you deal with, & what methods do you use to reverse engineer some of them?

I can tell you that I have dealt with computer forensics for about 14 years, during which I gained a lot of technical experience dealing with programming, reverse engineering, hacking, network forensics and more. In particular, since 2001 I have specialized in electronics forensics, dealing with technical assessments that primarily require the recovery of data from electronic devices that are often either not properly functioning or are handcrafted by criminals in order to gain an illicit profit.

Among these devices, I have been concerned in particular with the so-called "skimmers" – those devices handmade by criminals to capture data from electronic payment cards used at bank ATM. Since these skimmers are not industrial production and are obviously not readily available on store shelves, my office has long had great difficulty with this technology. For this reason, I dealt with the implementation of a specific electronic device (that I named “McDD Touch” – Memory Chip Data Dumper) that would be able to acquire and analyze data stored in the memory chips of these skimmers. This work led me also to the achievement of a national patent that, for “special working conditions,” I had to give to my office while remaining the inventor of this electronic device. 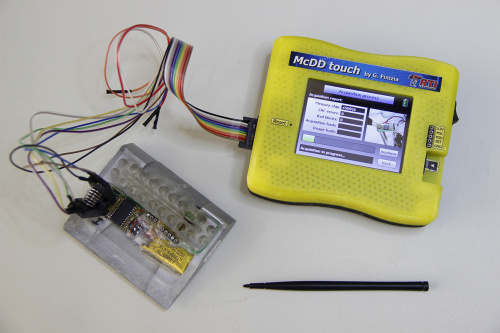 Another area in which I was able to build a specific electronic equipment, which I named “McDD plus," was for the acquisition of data from the memory chips of smartphones. Often it happens that such devices are malfunctioning, so you need to go directly to the memory chips to extract all user documents and information. I developed for my laboratory a procedure that initially involves the removal of the eMMC memory chip from the PCB of the smartphone, and then this chip is inserted in my device to acquire and analyze data. 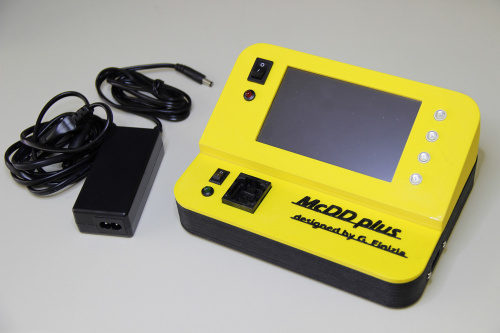 I also deal with recovering data from damaged hard disk and USB pen drives, restoring of video and audio streams from DVR Security and Surveillance Systems, extracting data from GPS navigators to reconstruct the routes covered, analyzing radio frequency jammer devices, and more. I am currently considering the possibility of developing a project for the creation of an “anti-drone drone..."

Thanks for sharing more about your projects Giuseppe, and best of luck with your future inventions!

Designing a control system for a robot battle arena