Checkout this handful of projects including robot control using an accelerometer, outlet relay control, and a massive LED POV installation. 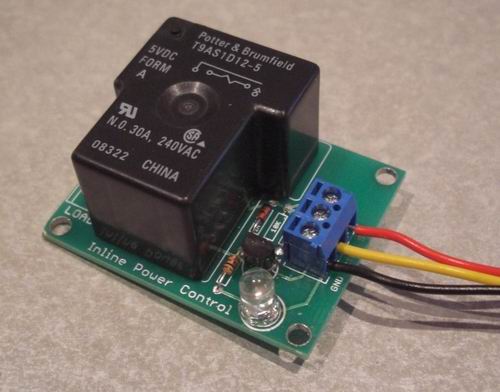 New tutorial! Checkout how to control a common AC outlet using a relay and 5V logic.

Ever have the need for a 3 meter spinning LED umbrella? Rare Angles was an Audio Visual device for Burning Man 2007. Consisting of a 4 meter tall 300 watt Bass Cannon, a PICAXE28x microcontroller, 10 LM4970 Audio LED drivers, and 30 RGB LEDs. When the pitch of the bass cannon was low, the LEDs shined blue, as the pitch increases the LEDs went from green to red as well as everything in between.

Watch how this tiny Spark Fun accelerometer can control a two-ton industrial robot.