If you order batteries from us, you'll want to read this.

Hey, everyone! This is Casey, the new Compliance Manager, and it's time for some light reading from SparkFun about changes to the way we ship lithium batteries! All the newest changes and how they will directly affect you are in the first few paragraphs, with major breakdowns into specifics as the post goes on. Here we go!

There is going to be a short period of time starting January 1, 2017, when all stand-alone lithium batteries---metal and ion---will not be able to be sent out via air methods. It's a huge change from how we have been operating for the past couple of years, and huge changes also mean lots of changes in the code for our ERP.

What you can expect to see starting January 1, 2017, for a little while, is a restriction on these batteries going in the air. We are still offering Ground services to the contiguous 48 states for these items. Sorry, Alaska and Hawaii; your packages ultimately have to ship in the air, and we can't ship them under DOT Ground regulations. So, if you need to purchase batteries by themselves from us and need them in a hurry, it's best to get your order in soon!

Now, let's get into specifics...

Let's start with some of the changes from the International Air Transport Association (IATA) that will go into effect January 1, 2017.

For once, a breath of fresh air from IATA! The removal of the battery safety document is a huge help with paper consumption, time our shippers need to pack up orders, and what box size we can use. The updates to the battery handling sticker (now called the Lithium Battery Mark) help to cover where this document is going away by having the UN number listed. The UN number is a harmonized number that is recognized worldwide and ties to a specific hazardous material. UN3090, for example, is lithium metal by itself. There is a year grace transition period for companies before they have to change over to the new lithium battery mark, where the design is different and the UN number is listed. The updates to IATA rules also help give us a better guideline when shipping items that have a lithium battery packed with equipment (like kits) and a lithium battery contained in equipment (like the DSO Nano) in the same package. 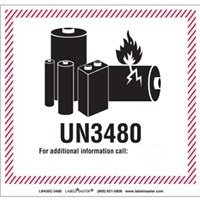 As for changes with Department of Transportation (DOT) Ground, we are still waiting for the ruling on HM-215N (special docket number for the Pipeline and Hazardous Materials Safety Administration). According to the proposed rule, the latest we could receive the final ruling is December 31, 2016, for all of the changes that go into effect January 1, 2017. We're moving forward with the assumption that what has been proposed will be the final rule, as it normally doesn't change much once it's finalized. A lot of the changes DOT is trying to get pushed through harmonize with IATA and appear to only have some slight differences in requirements for what documentation they want to see on the package.

Here comes the challenging part of all of this. While IATA and DOT haven't made many significant changes to the rules for 2017 (as they did for the April 1, 2016, update), FedEx and UPS have made some major changes to their rules and what they will accept. Starting at the beginning of January, they will no longer be accepting what are considered "Section II" lithium ion and lithium metal batteries by themselves on air shipments. This includes anything domestic, international, and to Alaska and Hawaii. This was the section of the regulations that allowed us to ship with a bit more ease, less paperwork, and no additional fees for processing. Essentially, we will now be required to ship these batteries as "fully regulated" and to include things on the packages like the Class 9 diamond label and the red and white candy-striped Shipper's Declaration. 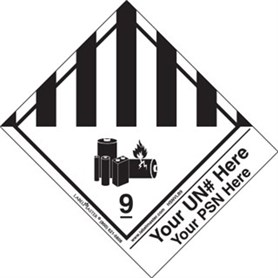 The battery on fire is a nice touch. 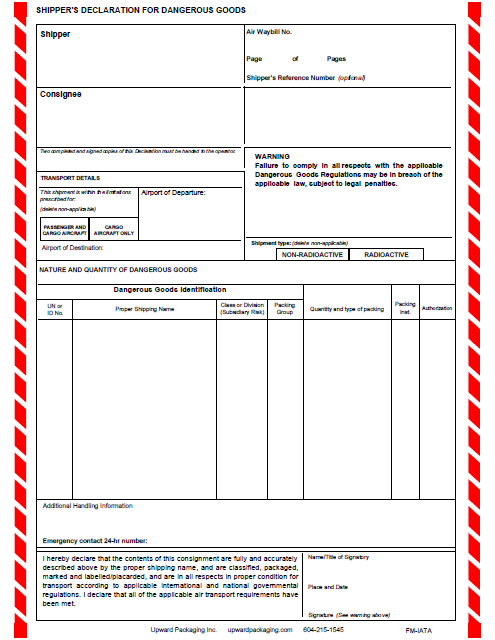 New declaration we'll have to use to ship lithium batteries by themselves in the air.

You may ask, "Can you put the battery in a box with another item and ship it as 'packed with equipment'?"

Well, no, we cannot. IATA regulations state, "For the purpose of this packing instruction, 'equipment' means the device or apparatus for which the lithium cells or batteries will provide electrical power for its operation". Us putting a product that isn't related to the battery in a smaller package inside of the box like a kit wouldn't be following the definition as IATA has laid it out. It also has to do with safety. While adding all of these extra labels and information on the package is somewhat of a pain, shipping it under the correct classification helps to keep everyone who handles the battery and the finalized package safe.

If you have any questions about the regulations or the UPS/FedEx rule changes, please feel free to email the Compliance Department or leave a comment below.

If you would like to read up on previous posts about lithium battery changes, the one about our initial changes and the post for the changes in April 2016 can be a helpful reference.

Six Patents That I'm Going to Need, Like, Yesterday