The T in IT stands for Toys

by Frencil September 3, 2009 6:00 am UTC 17
Favorited Favorite 0
IT has been acquiring some new toys!  Things are expanding quickly around here and we're having fun trying to keep up.  Here's a look at some of the gear we use to keep the SparkFun website and our HQ rolling along... 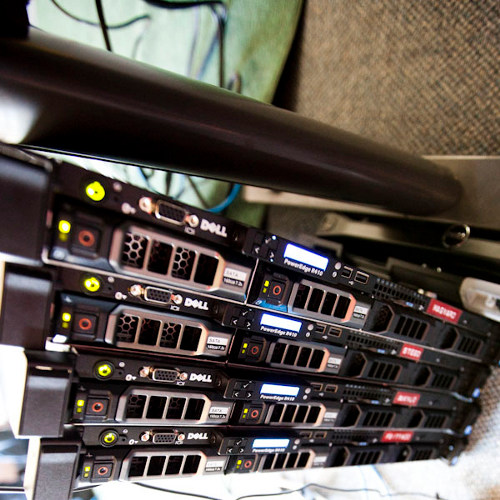 Say hello to SparkFun's brand new servers!  These four beasts are Dell PowerEdge R410s each with a quad core Xeon processor, RAID-5 storage, and 6GB RAM.  Presently the SFE website is running on a couple of linked boxes and we're working on migrating to using Stego, Ankylo, Magyaro, and Psittaco here as our new cluster of web servers, database servers, and load balancers.

Side note - the fifth, as yet unnamed Dell showed up with the rest but the box looked like it had fallen off a truck and was gnarled by an irate bear.  Begrudgingly, we had to refuse delivery and are now waiting for a new one.  Can't have all your toys all at once, I guess. 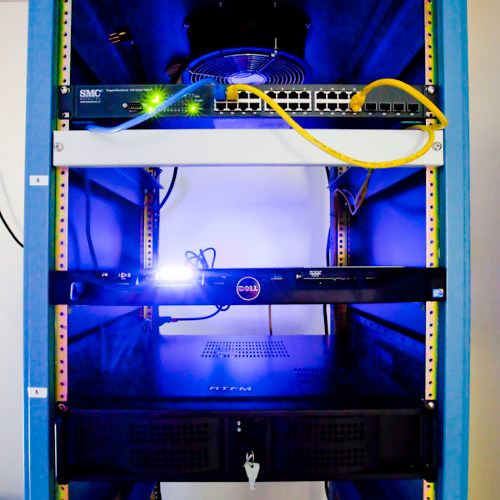 The Rack.  The five big servers described above will live off-site at our hosting company but there's yet one more Dell R410 living in this steel blue blast from the past.  He's right there in the middle - Bronto, our email server.  A handful of other servers with much less inspired names and even less impressive hardware, yet to be rackmounted, have been doing all kinds of other stuff for years.  They're sitting on a wood pallette on the floor just out of frame (on purpose). 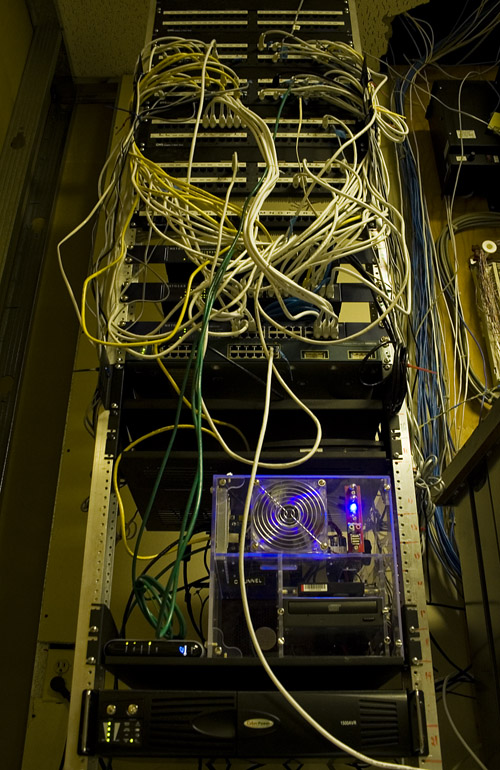 The *other* rack.  All the SparkFun offices are hooked into this patch panel... somewhere. They're linked to the outside world with an optical ethernet line through Chunnel, the 7U-tall clear acryllic box at the base of the rack.

Chunnel was a custom job that at one point had 4 NICs in it to support our patchwork of three WANs (while we waited for the optical line to show up).  It still has a 3.16 GHz dual core processor, 2GB or RAM and a 40GB HDD, arguably packing far more punch than a router ever needs. 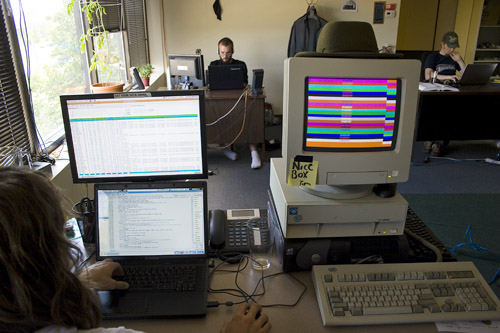 Not all of our toys are shiny and new - some lost their luster during the first Bush administration. This is Brennen hard at work at his soviet command console.  At least, that's what we're calling the 486SX 33MHz IBM PS/1 we found in the wiring closet when we moved in here a couple years ago.  With a 170 MB hard disk, 4 megs of RAM, and DOS 6.2 this thing's ready to run Wing Commander (as soon as his mom brings the original floppies out from Nebraska).

So there it is, IT's toys in a nutshell... and where some of your SparkFun dollars were spent this summer!