The 2010 AVC was a smashing success - and we can't wait for next year!

Well the 2010 SparkFun Autonomous Vehicle Competition has come and gone and - whew! - what a ride! Despite a little bit of rain, it was an amazing day full of some awesome competition, amazing vehicles, and an enthusiastic crowd. 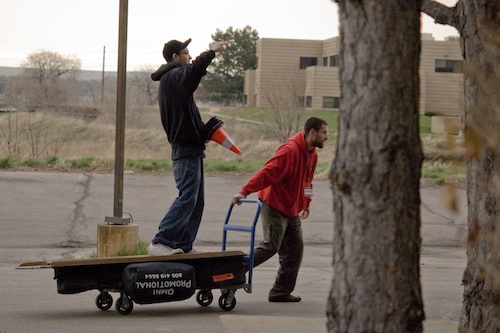 The day started off at about 7 AM for the SparkFun crew, as we started arriving to get the area ready to go. Last year, the event was much smaller, with only 8 teams and around 100 spectators. This year, the stakes were raised - we ended up with 18 teams competing and hundreds of spectators. There were bleachers and food vendors and even live music! 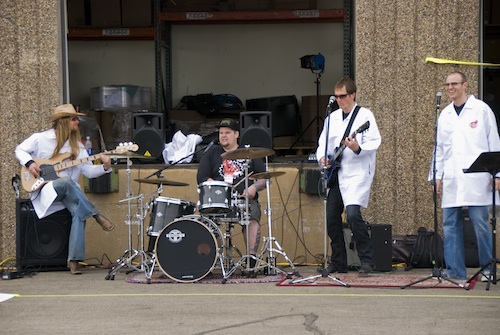 The sky was cloudy and looked like rain, but the weather seemed to be holding steady as a bevy of competitors descended on SparkFun headquarters. Teams came from as far as Florida, British Columbia, and New York and as close as Boulder. However, as the first heat began, it seemed like we might have a repeat of last year, as team after team failed to complete more than 25% of the course. Suddenly, a leader broke through - Team Tobor blazed through the course in a scorching 1 minute 55 seconds! Tobor wasn't the only bot to finish the course in the first heat, as Autocrusher also made it through the course in 4 minutes and 22 seconds. 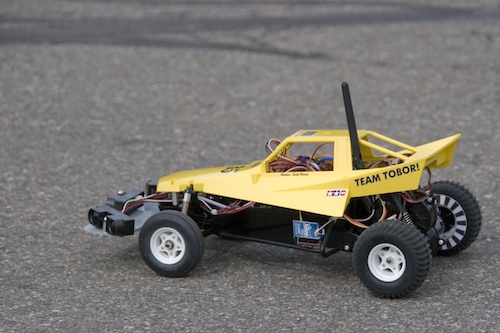 As far as the UAV's went, it was an impressive showing to say the least. In the first heat, University of Arizona Robotics, DIY Drones, and Robota (in that order: 1, 2, 3) all finished the course with ease. The University of Arizona robotics team nailed an amazing autonomous landing, coming to rest right on top of the finish line. 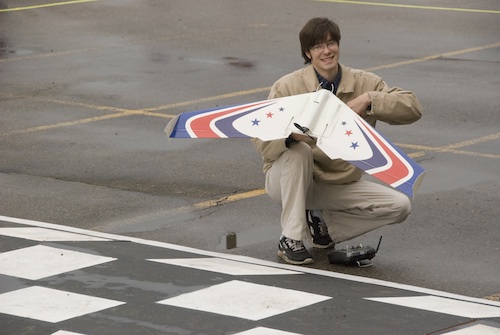 During the second heat, the competition got more fierce. Team Tobor and Autocrusher had both completed the course, so some speed modifications were in order. The other competitors were hard at work in the Team Pits trying to get their vehicles coded to finish. Ultimately, only one additional ground competitor would finish the course in the 2nd heat, as Team Bon Scott finished in a solid time of 3 minutes and 12 seconds. Autocrusher improved its time to 3 minutes and 27 seconds. Trying to improve his time, Team Tobor quickly found the curb and did not finish the course. Nate Seidle's bot, Team Autobahn, made it to the third turn but then found a curb even his driver, Elmo, couldn't navigate. In the nearest disaster of the day, Team B.O.B. (Bouncing Off Bumpers) started and then suddenly started smoking. Fortunately, the kill switch was at hand and the robot was disarmed before having to be renamed B.I.F. (Bursting Into Flames). 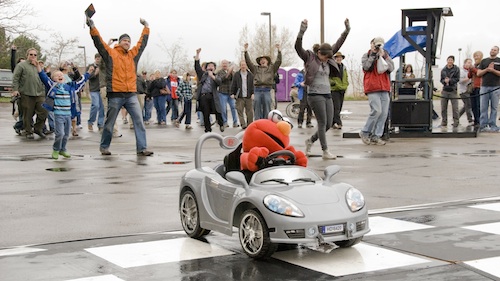 The thrill of victory.

The aerial vehicles were now ready for their second heat and DIY Drones started it off with an impressive time of 37 seconds. However, the University of Arizona Robotics Team scorched the course for a 5 second time (35 seconds around, 30 second deduction for an accurate autonomous landing). Additionally, Death by Pine Tree finished the course, as did Robota. 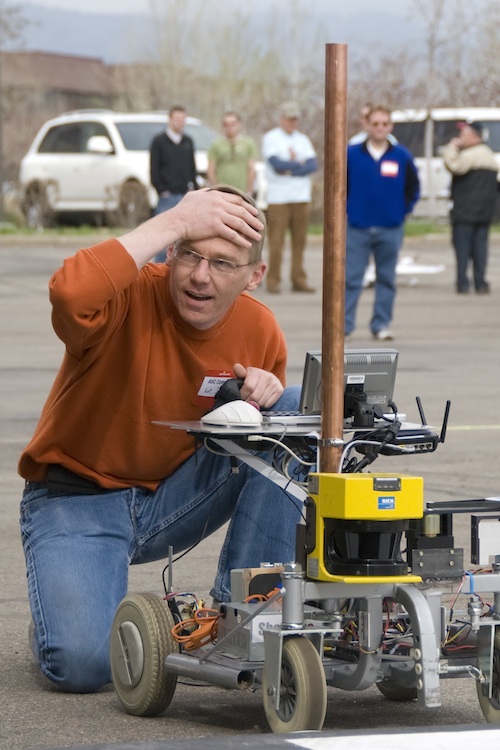 The agony of defeat.

The final UAV heat would shake of the standings. The University of Arizona again finished, but did not improve their time. DIY Drones elected not to fly through the now cutting rain. Death by Pinetree, with the help of a 15 second deduction for an attempted autonomous landing, leapfrogged Univ. of Ariz. with a time of 3 seconds. However, Robota finished with an amazing run, putting up a post-deduction time of -4 seconds! 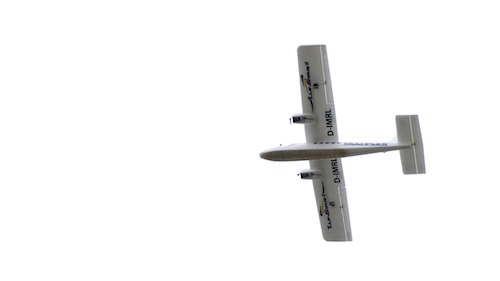 A competitor goes airborne at the AVC!

The final standings were as follows -

There were also awards given in the following categories: 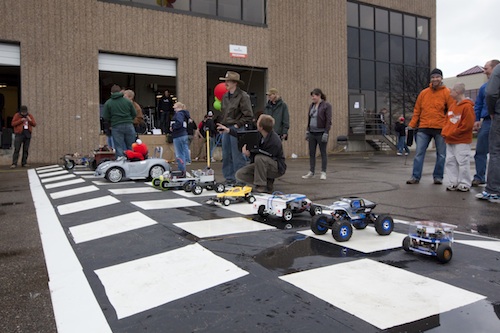 The final event - a mass start (and mass chaos).

All in all, it was a simply amazing day. In addition to the great spirit of competition and the awesome vehicles, it was a great time to meet with some of our fantastic customers. We hope everyone had a wonderful time and we are looking forward to next year already! If you want to see more pictures, check out the SparkFun Flickr (and feel free to add your own). There will be video coming shortly. Hope to see you next year! Cheers!