Parts, and Parts of Parts: The Untold Story

What to do with an overflowing cup of electronics

Working at SparkFun has been a pretty wild ride. I mean, I worked out of a bedroom, with shipping in the laundry room. Wait, that was production in the basement. I remember stenciling on the dryer once. I still can't believe my wife let me do this.

My actual responsibilities have shifted dramatically since the beginning, literally changing from day to day. It's been anything but boring, full of new challenges that I had never considered. Some have taxed me, most are amusing, and creative problem solving is sort of it's own reward. So, you know. All in all, it's been pretty OK.

Here's something I'm looking at that I thought was interesting enough to mention. We buy parts, right? Lots and lots. Well, sometimes somebody's got to make a call on how many of something to buy based on demand vs. quantity discount. And sometimes that call lands you with more parts than you can use. Thousands in some cases. And a list of those, in fact. Wait, did I just give away the punchline? 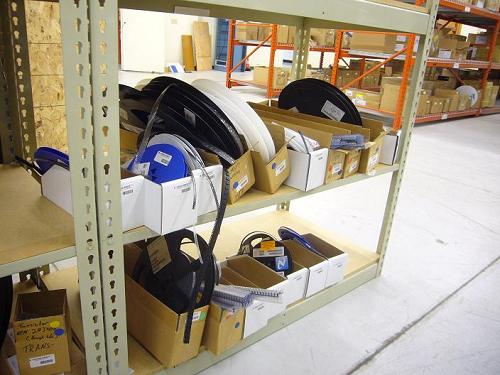 Lonely souls on the island of misfit parts...

Interestingly enough, when I went down to get a pic or two, Bob was there to tell me that there are, in fact, even more parts that we can't use because they fell out of something, fell on the floor, etc. He's got drawers of the stuff. 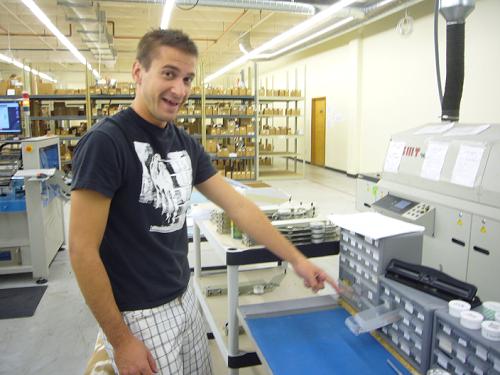 So in a nutshell, I've got an incomplete list of parts in large quantities that are stuck in inventory. They are:

And that's not including the things in the drawers (can't really use that stuff for production, anyway). The obvious question is what do you do with this pile? I suppose other companies would say that it costs more to do something about them than to just let them sit or toss them. True, I don't have a lot of uses for a 2.4GHz balun. But this just begs for something chocked full of awesome. Or stupid. I get the two mixed up sometimes. So how about it? A single product that encompasses... let's say "most" of these parts? (No, not the balun, man. I'm saving those for my Antimov entry.) And I can add stuff to make it more functional. Whatever, um, that function happens to be. And an awesome name. And LEDs... but I digress.

So let's see... the resistor can can be (and I think is) used in a buck regulator, so there's a multi-cell power supply. The hall-effect sensor... dunno. A switch for, um, a magnet. And you could multiplex three ADXL203's, and...maybe also a microphone coupled with the transformer. That logs to flash. And I'll call it "Frankenstain". OK, that's stupid.

That's the puzzle for today. I'm open to suggestions if you've got any. What would you do with these parts?

Chumby, knobs, and other stuff