Back in October, we posted about the Open Source Hardware Summit - a meeting of individuals who are in support of the "open source hardware movement." In addition to Windell Oskay, David Mellis, and Phillip Torrone, SparkFun CEO and Founder Nate Seidle is one of a small group of people that have been working to make OSHW a mainstay in the embedded electronics community. One of the biggest difficulties in bringing OSHW mainstream has been that there was never really a concrete definition of what open source hardware is - until now, that is. 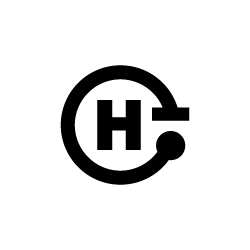 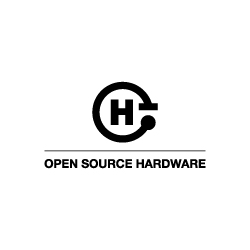 Just this week, the first definition of open source hardware was released. While the definition itself is a little long to hash out here, you can read the entire definition at this page. However, here is a quick summation of the basics of OSHW from the Open Source Hardware Statement of Principle:

"Open source hardware is hardware whose design is made publicly available so that anyone can study, modify, distribute, make and sell the design or hardware based on that design. The hardware's source, the design from which it is made, is available in the preferred format for making modifications to it. Ideally, open source hardware uses readily-available components and materials, standard processes, open infrastructure, unrestricted content, and open-source design tools to maximize the ability of individuals to make and use hardware. Open source hardware gives people the freedom to control their technology while sharing knowledge and encouraging commerce through the open exchange of designs." 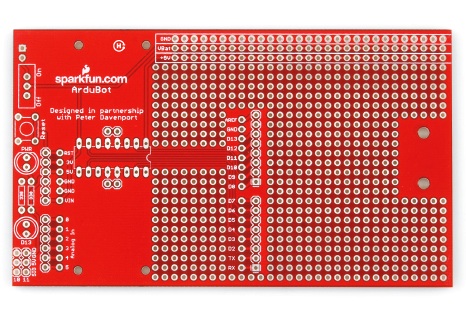 Once a logo is decided on, it will appear on our open source PCBs - like the ArduBot.

SparkFun Senior Graphic Designer David (he of Antimov character fame) has been working to create a logo for OSHW. While the exact logo has not been decided on yet (there are several different logos under consideration), you will probably start seeing an OSHW logo pop up in various places - including on many of the PCBs that SparkFun sells. If a product is open source, it basically means you are free to take it, change it, and sell it for a profit - as long as you give us attribution. There is more to it, but that is where this definition comes in.

We have not yet developed a specific license for OSHW, but it is in the process and should be released shortly. As it stands now, this definition is a great first-step towards bringing open source hardware to the frontlines.