Of course every New Product Post is epic, but this one is a little extra epic than most. We have some seriously cool stuff this week, so check out the video and the post.

Last week I apologized for not having a ton of new products. I warned promised that this week would be epic. Well, I wasn't lying. We have some seriously cool stuff this week and I am very excited to show you what we have. That being said, here is the video for this week.

For all your robot builders out there, this is the week for you! We're trying to get a better selection of robot parts and this week our shipment of new and cool robot toys arrived. Let's look at everything we have. 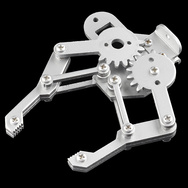 Robotic claws are essential for anyone looking to make a cool robot. These claws are metal and work with the servo motors listed below. They have a pretty strong grip, are well made, and easy to mount. Your next robot deserves claws! 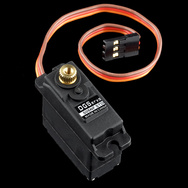 You can't have a robotic claw without a motor to drive it. Well, I guess you could have it without a motor, but it wouldn't be nearly as cool. This medium servo works great with our robot claw, among other things. It's a good size for a servo motor and fits right in the middle of our small and large servo motors. 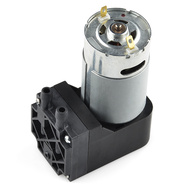 We have a lot of internal group emails here at SparkFun. We email each other funny pictures (I'm looking at you Gordon), neat videos, and of course cool projects. One that was getting passed around was the universal gripper. The universal gripper is a clever contraption that essentially uses coffee grounds and suction to create a gripper which an conform to any shape desired. Once we saw this, it was decided that we needed a vacuum pump so we could make our own. It turns out to be quite easy. Check the video above for simple instructions. And of course you can use it for all sorts of other projects. 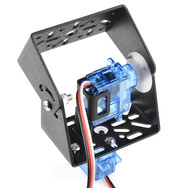 Looking to make a face-tracking USB-powered laser turret? Well, you will probably need a pan/tilt bracket. Thankfully, we now sell one! A pan/tilt bracket allows you to use two servo motors to create a panning and tilting mechanism for webcams, robotics, or even miniature laser turrets. These come as just the brackets and hardware but work perfectly with our small servos. 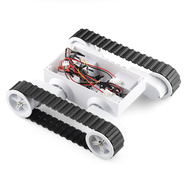 I knew the minute I put in the order for the Rover 5 Robot Platform it would not only make a fun demo video, but it would be very popular. With large wheels, beefy tank treads, 4 motors with encoders, this is an awesome base. We were thrilled to find this versatile robot platform. This makes for a really good platform for a lot of vehicles and would be great for the upcoming AVC. 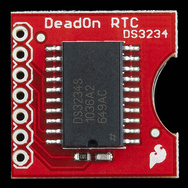 We had a lot of requests to come out with a more accurate clock that had more features. After some research we ended up using the DeadOn DS3234 RTC. It features 2 alarms, low power consumption, and an SPI interface. Ask and you shall receive! Well, in theory. 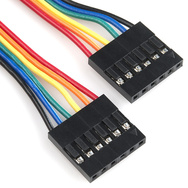 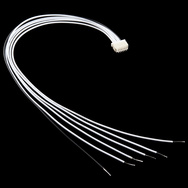 In addition to the cables above, we also have some 8" cable assemblies that use the smaller JST SH connector. We are starting to use these on a lot of our products since the connectors are very small and can be reflowed. These come with bare wire on one end, and with a JST SH connector and header on the other end. We have them in 2, 3, 4, 5, and 6-wire configurations. 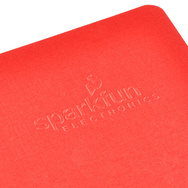 In addition to the black project notebook, we also now carry it in SparkFun Red. It's a great notebook and if you want to show-off your geek, there isn't a much better way. Well, except for carrying a SparkFun pint glass while wearing a SparkFun t-shirt, with a lab coat with a patch on it with a pocket protector in the pocket, wearing safety goggles. But that would just be silly.

Well, there you have it. Hopefully it was epic enough for you. Next week we have another batch of cool stuff coming out, so come back next week. We really do have some great stuff next week too. I'll see you then.

Get Started with the Raspberry Pi Zero 2 W