Even though AVC2013 is a long time from now, you might want to read up on the changes so you can start planning your entry.

Hello everyone! Is this really a post about AVC?!I know it might seem a bit early to be announcing AVC 2013, but we're making some big changes and wanted to let everyone know in advance what to expect for next year's AVC. It's changed a bit every year, but after some feedback from competitors, spectators , SparkFun employees and yours truly, we've decided to do a complete overhaul for the new competition, scheduled for June 15th June 8th of 2013.

Don't worry, we're still going to have autonomous vehicles. That part is staying the same. However, we're expanding the list of 'allowed' vehicles. Basically, if it can move on its own, you can bring it. Big, small, excessive, simplistic, we'll take it all. We're also not going to limit the amount of entries. That's right, we'll take anyone with a vehicle that pays to enter. And for all the aerial folks out there, dust off your quadcopters and helicopters, they'll be allowed next year. 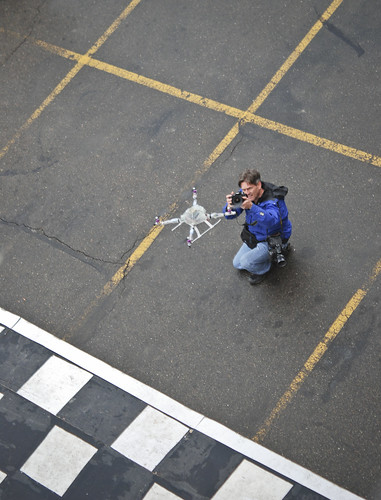 Quadcopters are coming back!

At this point, you might be asking yourself, "Self, how can they possibly allow unlimited entries, quadcopters, and massive-scale robots at their current location." Well, that's the catch. AVC 2013 won't be held at SparkFun headquarters and the aerial and ground competitions will run concurrently in separate locations. 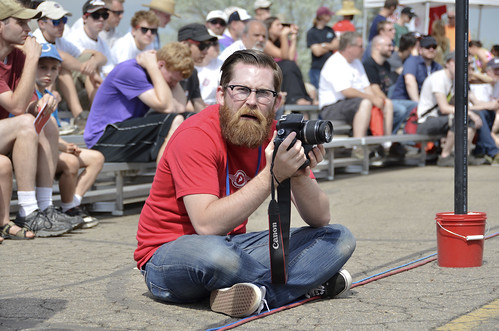 AVC won't be at SparkFun, ERMAHGERD!

You see, we've had some pretty intense growth over the past few years. Even though we thought our current building would be more than we could ever use, we're starting to get crowded. It's gotten so bad, Dave's even offered to share my office, but I only have one chair, so things might get a bit awkward. Instead of going to such great lengths, we've decided to start looking at other buildings. By the time AVC 2013 rolls around, we might still be in our current building, but there's also the issue of the aerial part of the competition.

In addition to the physical restraint of our current building, we never really had a great place for aerial vehicles to compete. With so many people in such a small space, safety has been a concern and is the primary reason why we prohibited quadcopters last year. And why not spice things up while we're at it? Sure, they can fly around the building, but why not have an aerial obstacle course, or have the entrant drop something on a target on the ground?

How the actual aerial competition will look is still up in the air (ha!) but plan on it being much more involved than just navigating between waypoints (and will be largely dependent on the venue we choose). We're even including aerial-specific bonus awards! 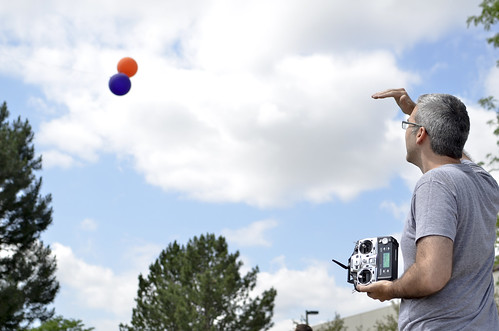 It's out there somewhere...

All this talk about mixing it up for the aerial vehicles got me thinking about the ground vehicles. Last year, 0x27 amazed us with a time (after deductions) of only 2.08 seconds! A few of the teams are bringing impressive vehicles and we want to give them more of a challenge. Also, what about robots that aren't necessarily designed for speed, but rather for style or aesthetics? Since we're allowing unlimited ground entries, how do we give everyone a fighting chance? 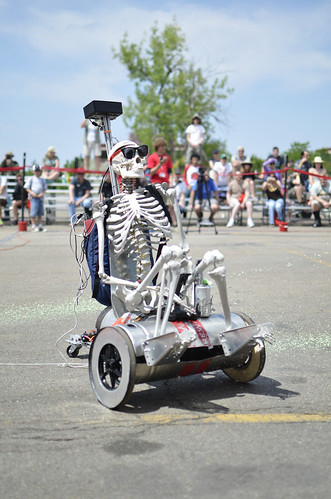 In 2013, we're introducing vehicle classifications for ground vehicles. Each entrant will be classified by the judges as one of the following robot classes:

Each class will have its own 1st, 2nd, and 3rd place prizes (TBD). The Doping Class will carry the highest prize money, so if you want to compete with the big boys, you will get the biggest prize. Students will compete in the class which best defines their robot, so they could theoretically win both the student award as well as another class award. 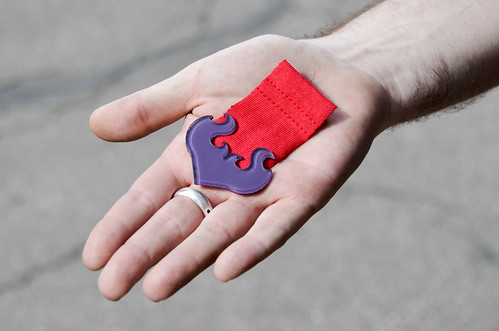 The coveted Purple Heart (and other bonus awards) will return

Since we don't yet have a secured location, the actual GPS coordinates of the course are undetermined. We will be posting a course preview video as soon as we secure a venue for AVC 2013. We are attempting to find a location as geographically close to SparkFun as possible though. If you are starting to build your vehicle now, it will be very similar to previous years. Design your vehicle so you can press a button, have it navigate through pre-determined waypoints, avoid some obstacles, and win fame and glory.

As we finalize the location, we will be finalizing the rules as well. For now, start planning your vehicle, stay tuned as we post more updates, and get pumped for AVC 2013 - it's going to be epic.