Ada Lovelace Day is when people all around the world celebrate, tell stories, and find out more about awesome women in science, technology, engineering, and mathematics (STEM). There are tons of great role models in the STEM field, and to name a few of my personal favorites: entrepreneur and inventor Jeri Ellsworth, and the all around amazing pioneer and computer scientist Grace Hopper. They are great people to learn from, and are certain to inspire countless future generations. To learn how to be a part of the Ada Lovelace day, check out Finding Ada!

Last year our copywriter guru, Chelsea, wrote a great post about the women in tech and at SparkFun, that I highly recommend checking out. This year, I wanted to give a shout out to Super-Awesome Sylvia and one of my own role models that I looked up to throughout my life.

You might have heard of Super-Awesome Sylvia before on SparkFun, or seen her on the cover of MAKE magazine, or spotted her at a Maker Faire or two, or even the White House!). Sylvia hosts a show, appropriately named 'Sylvia's Super-Awesome Maker Show', where she talks about all kinds of DIY projects. 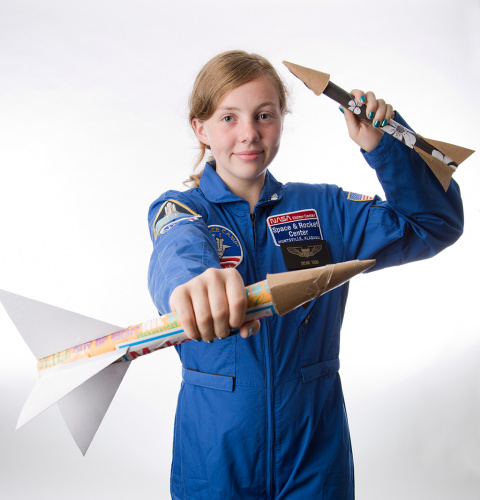 She is a great role model for makers, and anyone with an interest in STEM. When asked who her role models were, Sylvia replied:

"One of my role models is Ada Lovelace because she really persevered in a field that people thought that only men would do. She inspires me to keep going no matter what people say. I also admire Adam Savage for his maker spirit, creativity and general nerdiness and how cool he makes it."

Watch for her brand new book about Arduino, where she will continue inspiring makers of all ages. You are an amazing role model Sylvia!

Growing up, I was lucky enough to have a very strong female role model. When I was younger, my mother was a lean quality manager of teams for a tech manufacturer that, at the time, specialized in disk drive performance. To me, working with lasers, robotic arms, and wearing the long white lab coats was simply awesome. She was someone who, when something broke, was going to figure out what was wrong and fix it herself. This applied to everything she did, even if it meant renting a Bobcat to repair a water pipe in her front yard. Most of you are probably similar or know someone like this.

She also taught me how to work with tools, and instilled in me the "Why buy a new one, when I can make this or repair it" mentality. This is why I still only have a yoga ball for furniture when I moved to a new place last month, since I told myself I was going to make my own.

I went to college for design and programming. However, it was the skills that I learned from my mother that helped me land a job at an electronics company before becoming a Technical Designer here at SparkFun. I loved working with robotic arms, focusing on quality control, problem solving. When a product, process, or machine wasn't working, my first instinct was to figure out how to fix it. It was important for me to have such a great, hard-working role model teach me these skills when I was younger, as they have helped shape who I've become, and provide an arsenal of essential skills that I use everyday.

I thought Ada Lovelace Day would be a great time to announce that starting January 2015, SparkFun will be hosting WWC hack workshops. These free workshops will be put on by: Amanda Clark, Education Project Manager; Louisa Barrett, WWC group leader; and myself - WWC study group evangelist. Each month will be a different hack workshop on subjects like robotics, e-textiles, and programming. We will be teaching different programming languages from Ruby to C/C++ in a fun, hands-on way! Everyone of all ages are welcome and more details are forthcoming!

Did you have a role model, like the talented Limor Fried, owner of Adafruit, in your life you would like to do a shout out for Ada Lovelace day? We would love to hear about them in the comments below!