Enginursday: Yeah, I found it on eBay Pt. 2 - Revenge of the turbine

Nearly a year ago I made a terrible mistake. I bought a jet engine.

Nearly a year ago I made a terrible mistake - I bought a jet engine. So what have I done with it? Well not too much unfortunately. But I do have some progress and a few things learned along the way.

I last left us with a picture of a jet engine sitting on a table and all the excitement and anticipation of great things to come. 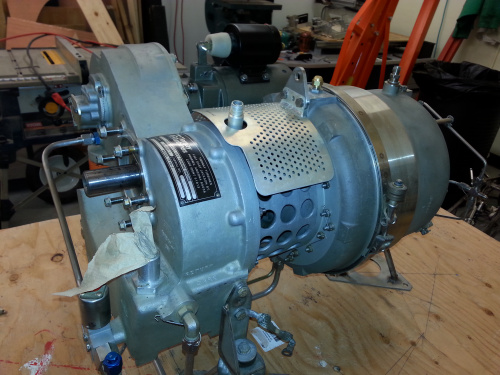 For starters I decided to build a small frame to house the engine and hold all the supporting components. For this build, I first started the design in a CAD program but quickly found myself in a state of "paralysis by analysis." I continued to fiddle with placement of components and tried to characterize how every wire and tube would route. This became tedious enough that I turned to my roots of building.

Starting with some square tube I began to chop, weld, grind, weld, re-grind, come to terms that I am not a welder, then grind some more. 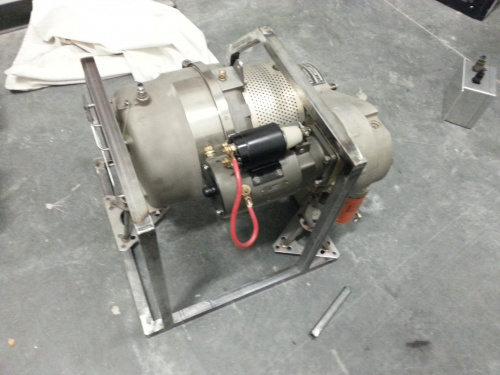 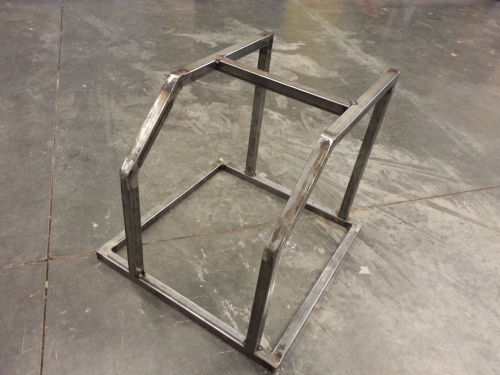 Using the floor and some masking tape as my template I slowly cut and welded until a frame took shape. It's not pretty but I managed to make something that will work for now. 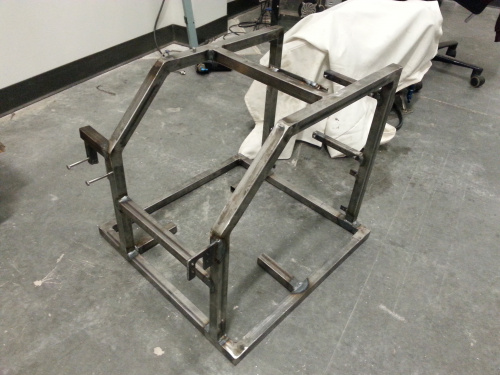 Once the frame was built and most of the parts were test fitted, I began to plumb the system. On paper this was easy but in practice it was a tedious affair. The difficulty was in finding the proper connectors that are used on the engine. Luckily I had some help from our resident racing enthusiast, Pearce, who helped me identify that the connectors were AN fittings. And with that piece of the puzzle solved I was off looking on auto parts sites to come up with a myriad of ways to make all the connections I needed. 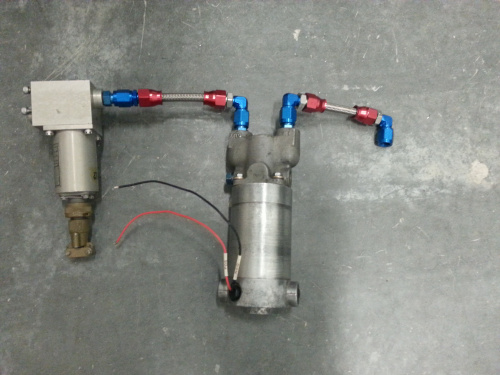 Plumbing is complete. Now I just need to get the electronics built up. This is the area I am currently researching. There are a few major components I need to address.

So far the only components I have gotten working are the starter and the speed sensor. The starter is very simple - you apply power to the starter solenoid and away it goes. The speed sensor proved to be a bit more challenging. The speed sensor uses a similar technology to electric guitar pickups. It uses a sensor method called a variable reluctance. Instead of a standard pulse output, a sine wave is produced with a voltage of about +/- 10V at peak RPM. I will need to devise a circuit to convert this to a square wave that can be read in by an Arduino. 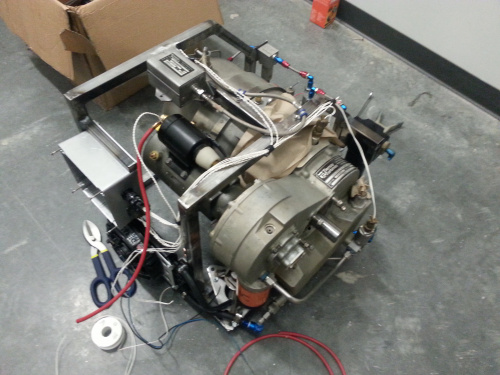 While my progress has been slow it will continue. I hope to have a working demo for some of our upcomming events. I have put the build on temporary hold since robot season is in full swing. But that's another post.