We run several SBCs through their paces and compare their performances.

Benchmarking is a favorite pastime among many computer enthusiasts. Many tests exist that evaluate various performance aspects of computers, and with the rise in popularity of single board computers (SBCs), we would like to have a method of comparing them to each other. 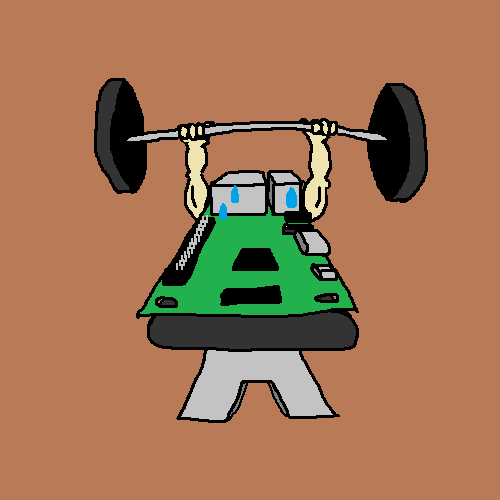 We want to test the performance of several SBCs

Testing SBCs is nothing new. However, we wanted to create a set of (somewhat) standardized tests that we can apply to new SparkFun SBCs. We just want to get a comparison of relative performance; our tests do not have to be super accurate, but should show how SBCs perform against each other in the same aspects.

The Phoronix Test Suite provides a useful set of tests, and we chose only a few to construct our array of tests. Additionally, since power is a common concern among SBC users, we measured average current draw for idle and loaded CPU states. If you want to see the full report, complete with test installation instructions and results, click the link:

Take me to the full SBC benchmarking report!

If you are still here, then we can happily give you a summary of that report. We tested the following single board computers:

Each of the tests are briefly described in their respective sections below.

Times how long it takes to convert a .WAV audio file to a FLAC file. The raw test results can be found here. 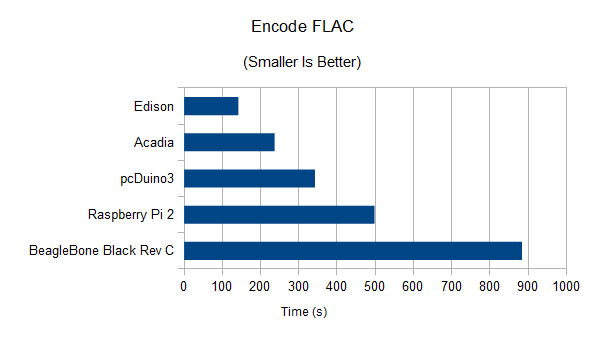 Computes floating point operations per second (in MFLOPS) by timing how long it takes to solve a pressure Poisson equation. The raw test results can be found here. 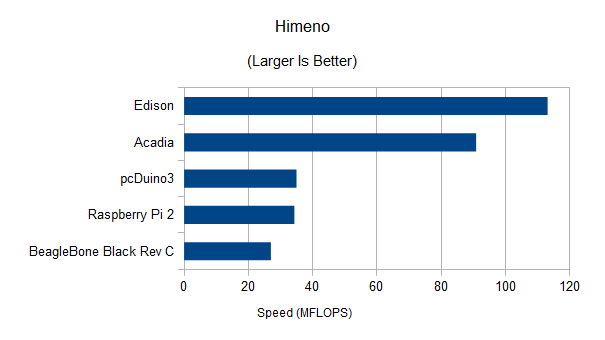 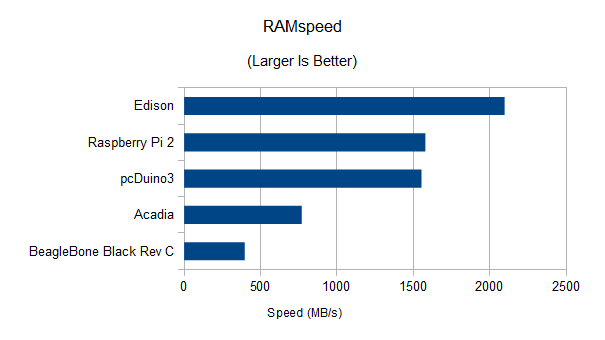 Transfers files to and from flash memory to compute the read and write rates. The raw test results can be found here and here. 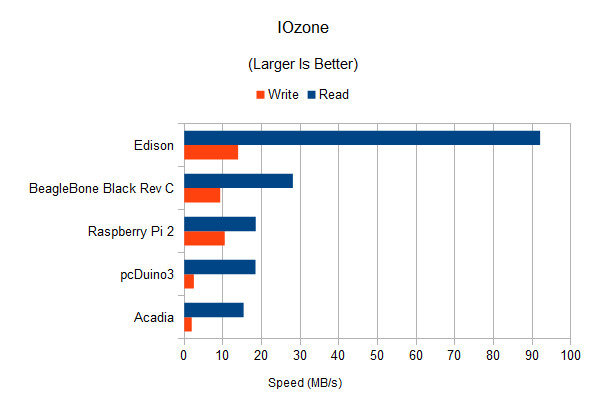 Times how long it takes to draw a set number of filled circles (many thousands) in a window. The raw test results can be found here.

Note that we left out the Edison as it does not have a video out port and therefore no default GUI. 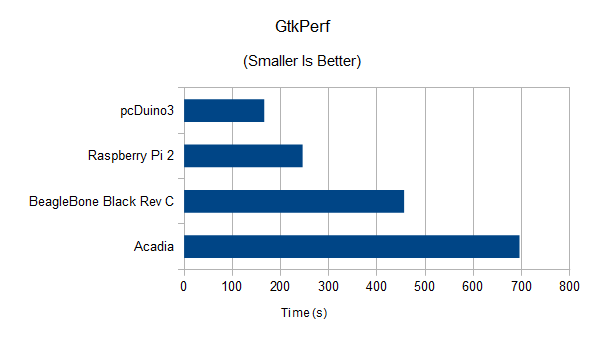 Compute average power consumption based on measured current draw (averaged over 10 seconds) and measured DC voltage. We created a current logging device to measure the instantaneous current draw. The raw test results can be found here. 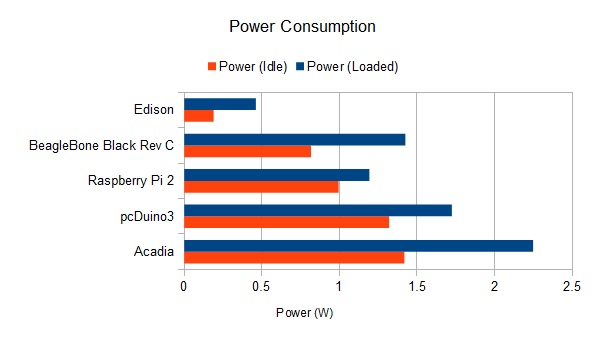 So, you might ask, which single board computer is the best? Well, that really depends on how you plan to use it. If you want a lightweight server that consumes little power, low power might be your biggest concern (an Edison could be a good choice). Alternatively, if you want a tiny home theater PC, graphics is important to note (in which case, a pcDuino3 or Raspberry Pi 2 would be good options).

Personally, I am still a big fan of the Edison, especially when you consider performance per Watt (in CPU, RAM, and flash memory read/write). If I need some kind of video output, well, that's another story...

We plan to update the SBC Benchmarks tutorial once in a while with a new set of computers (hence the idea of "rounds"). If you are curious about how SBCs perform, definitely keep an eye on that page.

What SBC is your favorite to use right now (if you use them at all)? Are there other tests that you would like to see performed?