We try to stuff our RFID tag into a Car fob. It didn't work out so good. And we've got new button pad controllers, 10Hz GPS, Arduino XBee shield, new dual-axis gyros, a Nordic RF serial interface board, and a much more!

I hate keys. My goal in life is to remove as much junk from my pockets as possible. Here at SparkFun, we have grown big enough we got an RFID access system. Everybody gets a card: 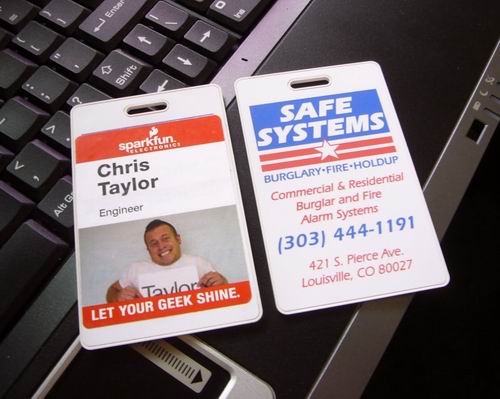 Including our friend Chris. He decided to be silly on picture day. Payback is a ...

I forget my card a lot, but I never forget my car keys. The goal was to remove the card internals, and embed them into my car key fob - so I would just have to remember my car keys. I realize the range of the new-recoiled fob would be much shorter, but I don't care if I have to rub the thing on the scanner - I want to carry less! 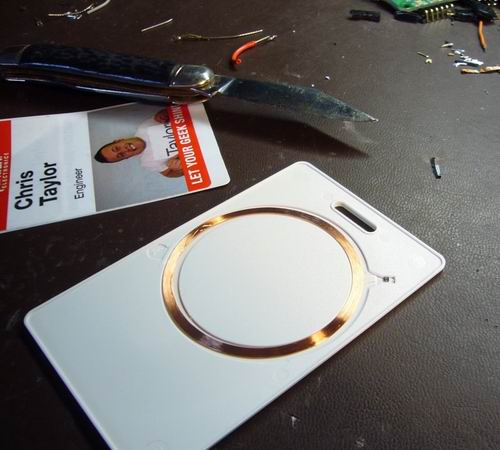 Step one, peel back the cover. Pete Dokter (ex-HID guru) says these are 13MHz cards. 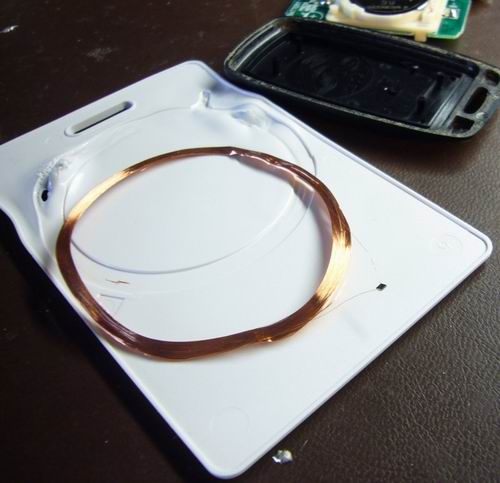 The entire coil was stuck into the trench with some serious adhesive. With a heat gun and a little persuasion we were able to remove the coil, but it wasn't easy or pretty. 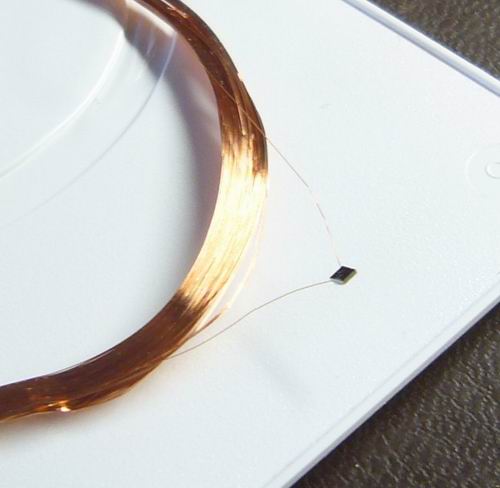 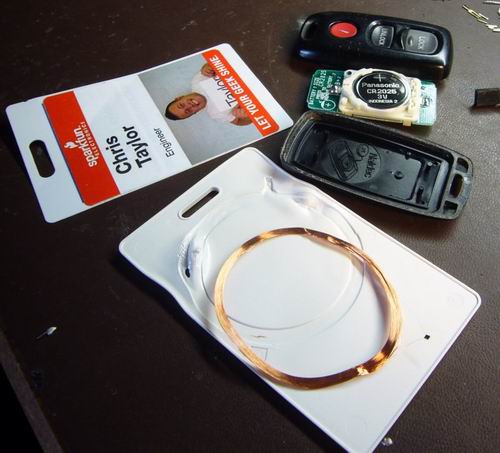 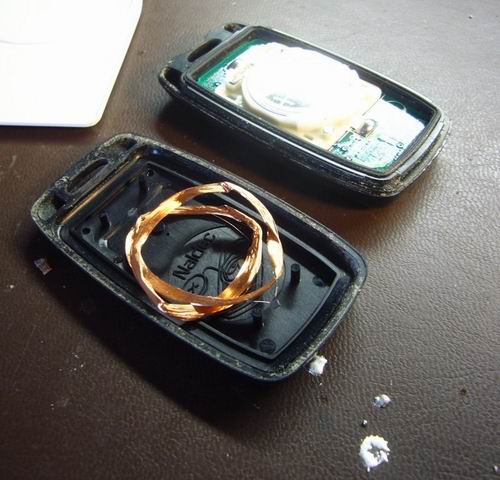 Ok - I could lie and say this worked, but it didn't. We picked Chris' card to practice on (and photograph) because his card had quit working (each card is ~$5 a pop). We were able to remove the coil, intact, from his card, but because it started out not working, it certainly didn't work after we re-coiled it into my car fob. But the idea was proven! We then grabbed a new, functioning RFID card and practiced the same method. Unfortunately during the second heating-un-gluing process, the coil broke. Pete claims that we could create our own coil but I'm not convinced. So to date, I still have to carry my keys and a SparkFun key card. Booo.

Yes, we could look into purchasing a key chain RFID fob, but that defeats the purpose - I want to (tear things apart and) carry less things in my pocket. 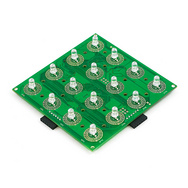 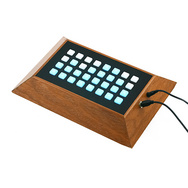 We have finally released our button pad controller! Use the SPI version to control 16 tri-color LEDs and read 16 buttons. Use the USB version to control all the LEDs and buttons and form a serial connection to a computer! We took some pictures of our own attempts at a Monome-like device but don't be confused: we will never sell Monomes. Brian and Kelli do beautiful work and we're much happier working on the electronics to help people build any kind of button/LED device (not just Monomes). 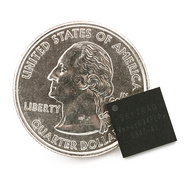 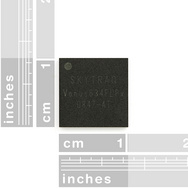 That is a 10Hz, 14 Channel, GPS receiver. We cannot wait to get this new Venus634 IC onto a PCB and see what it can do. Checkout the datasheet - the Venus634FLPx even supports direct-to-EEPROM datalogging! 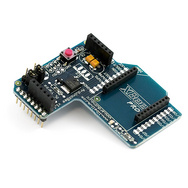 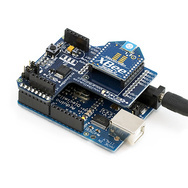 Any by popular demand, the Arduino XBee shield is now sold without an XBee module so that you can use any module you need! It's also a bunch cheaper. 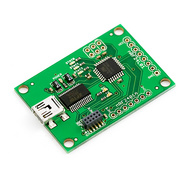 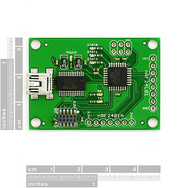 We've created a new USB board, with our favorite ATmega168, that connects to our popular Nordic RF breakout boards. This eval board acts as a range tester as well as a serial pass through link. It's not completely polished to be used as a serial-cable-replacement, but it's a great place to start if you're playing with nRF24L01s or nRF2401As. Checkout the firmware to see what we're up to. 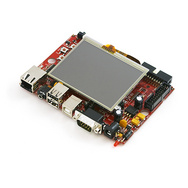 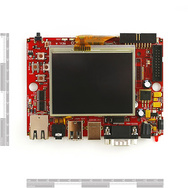 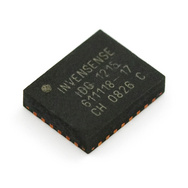 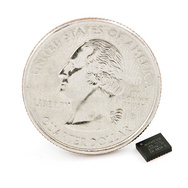 We finally got stock of the new dual axis gyroscopes from Invensense. The IDG1215 and IDG500 are smaller and have more internal compensation than the original IDG300. The breakout boards are coming! We're just a bit thrown off from the downtime of the Chinese New Year (go cow!). 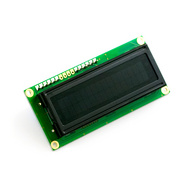 We now offer the entire range of 3.3V LCDs with serial backpacks. These new, lower-power LCDs are great for 3.3V systems!
Find out more at our RFID Resource Page