As I've been on location the past couple months attached to a secret project, I decided this week's build was going to be a motion detector I could use in the field.

If you have read any of my other blog posts (E-Box, GTS Device, or The Lone Sparksmen), you'll know the paranormal is a lifelong passion of mine. It also happens to take me to some really awesome locations around the world, so I always like to dabble in the possibilities of what could work/never work. This was a Ghostly Gadgets concept specifically prototyped for my paranormal endeavors. If you're not into the paranormal thing, just think of it as being able to detect home intruders or pesky rodents, or to scare the bejesus out of your roommate when they sneak in at 2 a.m. 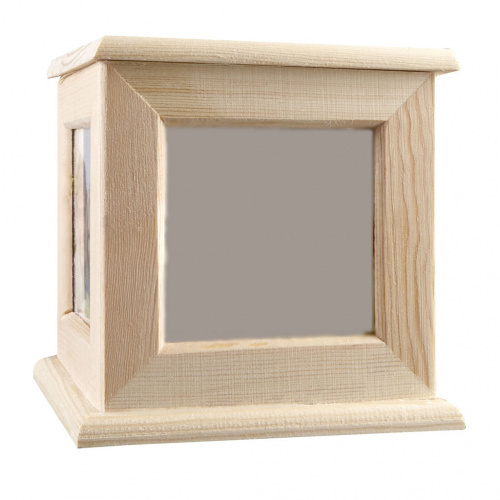 The box itself is quite a simple design. I found a spinning, boxed picture frame a while ago at a craft store and thought it would be cool to replace it with a servo and have it move toward a programmed position. At the time I had no idea what I would use it for, but while rummaging through my things looking for an enclosure for today's motion detector idea, I re-discovered it and thought, "No way! This can be a moving motion detector!" The motion detector could not only move to a specific position, but have a mode of operation that allowed it to sense the environment and position itself towards any atmospheric changes. 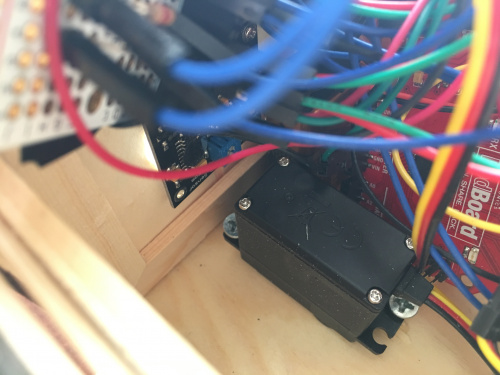 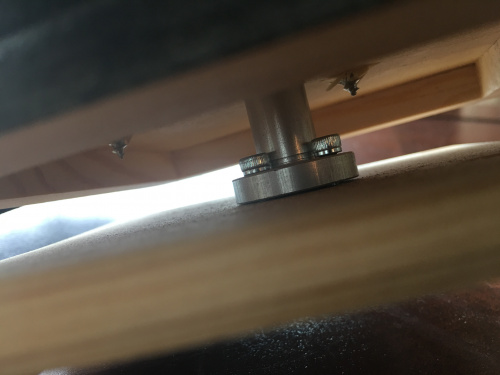 I used a square piece of wood for the base and mounted the servo, along with a servo hub, on the bottom. I pictured a strange scenario where a ~~spirit entity~~ trespasser ~~floating~~ walks in and thinks, "What an odd piece of decor with a red blinky thingy attached to it. Wonder what that does?!" Then a BEEP BEEP BEEP from the large Piezo alarm catches them in act! Here you can see the Piezo was mounted to the lid. 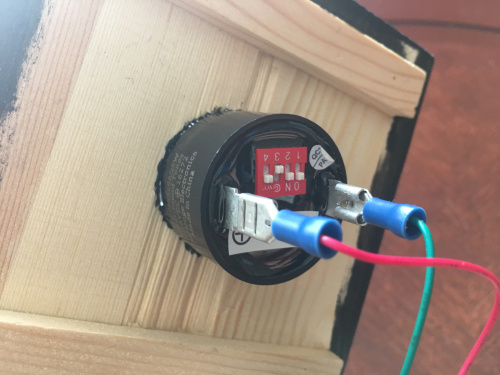 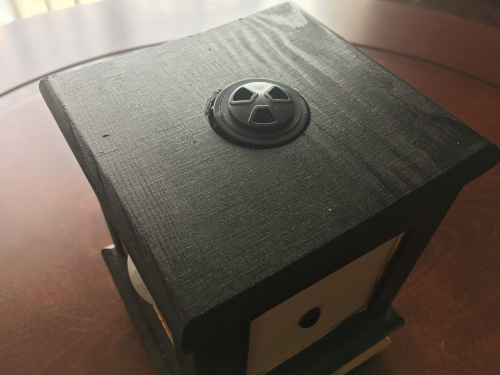 I would then scramble to my feet, popping out of a dead sleep like a daisy, hit the button on my bedside table that drops me right into my batmobile, and I'm off to catch whoever thought they could get away with coming into my house. Remember, no one and I mean NO ONE comes into our house and pushes us around! (Sorry I had a Rudy moment.)

The tricky part was fitting all the components into the box, but I honestly don't think I could have fit any more. 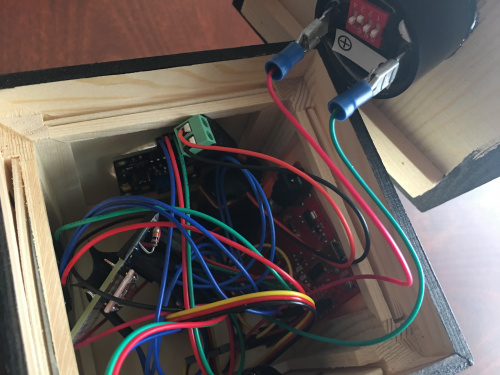 Because of the badassery (which I cannot believe is an actual word) of a motion detector that spins by itself, monitors the environment and yells at you when you come near it, I decided to call it Pandora's Box. 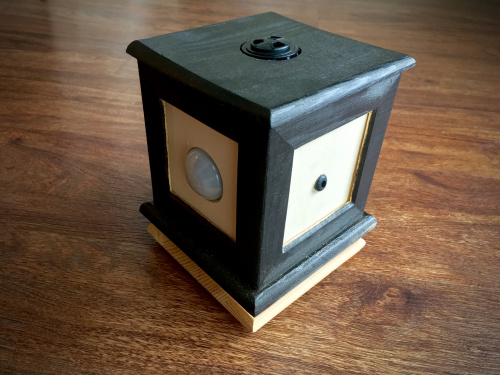 As for the programming of the SparkFun RedBoard, I created two modes of operation: (1) Sensing Mode and (2) Monitoring Mode:

In Sensing Mode, Pandora searches for minor changes in the environment using the SparkFun Infrared Temperature Breakout - TMP006 and SparkFun Atmospheric Sensor Breakout - BME280. The BME280 has the ability to monitor barometric pressure, humidity and temperature. I liked the idea of adding the TMP006 into the mix as a comparison, and to see what infrared energy it would detect from objects passing by. Pandora will rotate and pick up on changes in data from both sensors, following any motion by someone or something. To detect that motion, there are two on-board PIR motion sensors on either side of the box that trigger the large Piezo alarm, letting you know when it has tracked any kind of movement within 30 feet.

In Monitoring Mode, every few minutes the device will rotate to a new position. The two PIR motion sensors are the only thing monitoring the environment at this point. If motion is detected, the alarm will sound and Pandora's Box will find a new position.

Here are the main components I used to create Pandora's Box: