A new partnership with GroupGets will help bring your projects to market!

It started with a chance encounter at the DEFCON 25 hacking conference in Las Vegas back in August 2017. Nathan was presenting a spectacular, automated safe-cracking robot to attendees. I was there with a team to monitor the airwaves for a rare but emerging type of wireless attack to assist the Event Goons, as they are affectionately called.

A team member sat in on Nathan’s demo and told me I had missed one of the best talks of the conference. I didn’t even know that SparkFun was presenting, so I was sorry to have missed it. About five minutes later, I saw Nathan setting up the demo in a lounge space. 0xF8? We had a quick chat and then decided to combine his safe-cracking bot with our wireless toolkit for an Ocean’s 11 style op throughout Vegas (ha). 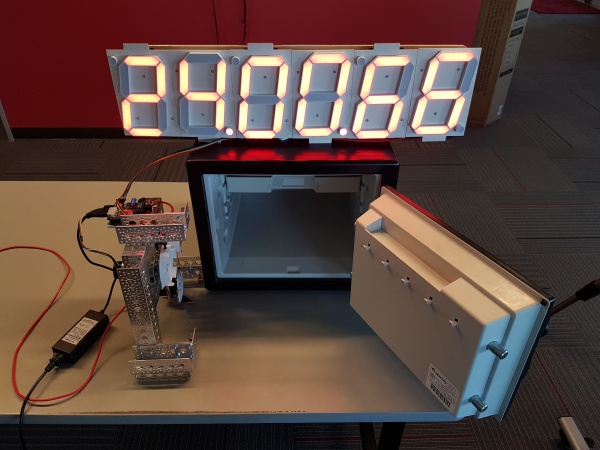 One of our boards had been selling on SparkFun for a couple years before this encounter, but we never met or took things past that. Shortly after Vegas I was at their Boulder HQ to meet SparkFun CEO Glenn. A few meetings and brainstorming sessions later, with more team members on both sides, we arrived at GetSparked – a direct pipeline for pro-makers, hobbyists, engineers and entrepreneurs to sell their passion projects on SparkFun after they get successful market validation GroupGets.

This is a purposeful partnership to ensure developers put the best product and user experiences forward before going to high volume production. Even today, there are massive funding raises on other crowdfunding sites with nothing ever shipping. The ability to create a catchy marketing video to raise significant funding has far surpassed the ability to ship - and that hurts everyone.

Similar to the way Nathan started SparkFun after being frustrated by a minimum order quantity for an overseas MCU, I started GroupGets in 2013 as a means to group-buy a wafer of ASIC’s from China that had a six-figure cost. I suspected others wanted to securely group-buy bleeding-edge components with impossibly high minimum order quantities as well.

People at that time were getting comfortable with funding ideas from un-vetted teams on other crowdfunding platforms (I blew $600 on a TubeCore that never shipped), but a basic platform to initiate group buys for real existing parts didn’t exist. Ever willing to be the boring platform that enables the ambitious on a budget, we built it.

Getting back to GetSparked – over time we expanded beyond group buys for parts and became friendly to vetted betas, mainly from people we know in the community who professionally built electronics. As we started to see betas from startups, pro-makers, and even billion dollar enterprises go from GroupGets to larger distribution, we wanted to enable more of it, simply because it’s fun for us to see early-stage ideas and teams go on that journey.

GetSparked is our way of formalizing and cranking that process up to 11, with a legendary platform like SparkFun at the end of the tunnel (who will also be introducing SparkX products to the GroupGets community from time to time through the program!).

Even though we’d worked on products that have ended up at Best Buy, Fry’s and Digi-Key, we were most excited when one of our thermal camera boards got on SparkFun for the first time. Must be something about those red boxes.

About the author: Ron is an EE and US inventor whose technical career has ranged from working (literally) over a mile underground on shock physics experiments to consumer devices and wireless security. One day he had enough with impossibly-high minimum order quantities for bleeding edge parts, and convinced a friend to help build GroupGets on nights and weekends. When not hacking or designing systems, you can find him on some type of board trying to hack gravity to squeeze a few more lines out of his aging skater bones.