Adventures in building a wireless EL wire dance suit for a troupe.

by bboyho October 31, 2019 4:32 pm UTC 7
Favorited Favorite 0
Note: If you have not read my previous blog posts, make sure to check it out before reading further!

As with any project, you will want to start small and work on the project in parts. In this case, my initial goal was to built one suit for Mark IV before making six more for each student. This has been an ambitious goal of mine since making the first version for my students back in 2014. 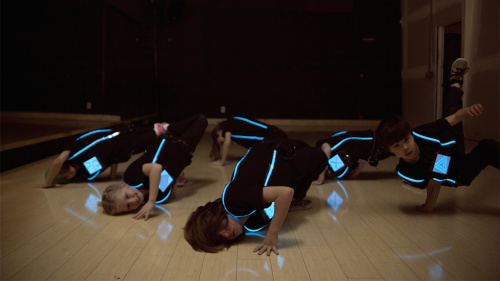 Once I created the EL suits for each student, I decided to move forward to the next goal and control two channels wirelessly. Satisfied with a wireless blink test on a breadboard between a controller and one sequencer, I tested the setup remotely with a wireless glove and three sequencers. After a few successful tests, off I went to modify the EL Sequencers, hacking the EL inverters, making custom EL wire extension cables, cutting out enclosures, and connecting the hardware for each dancer. This was tedious but not as time consuming as sewing the EL wire along each suit's arms and legs. I had enough time so I decided to go the extra mile to sequence the suits to the beat of the music three times in the piece.

How did the performance go? Overall, it went well. However, I found it difficult to dance and control the suits simultaneously. One of the sections that I decided to sync the animation with had a lot going on. The music was fast music and there was lot of movement. This was not ideal as the controller had to be in the correct mode before I was able to hit the send button. What I could have done differently with this setup would have been to not to have as much movement when hitting the send button. 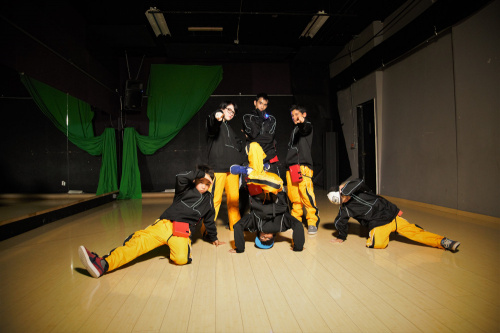 How Do You Build Such a Thing? Part 3

Check out the tutorial below for details on how to complete this project.

In this tutorial, we will build an EL wire dance suit that can be controlled by a wireless glove controller!
Favorited Favorite 1

Have you built an EL Wire Suit before? If you have, did you use an XBee or a different wireless module? Let us know your thoughts below in the comments. Otherwise, tune in some time in the future for Mark V for some additional upgrades and improvements! ;D